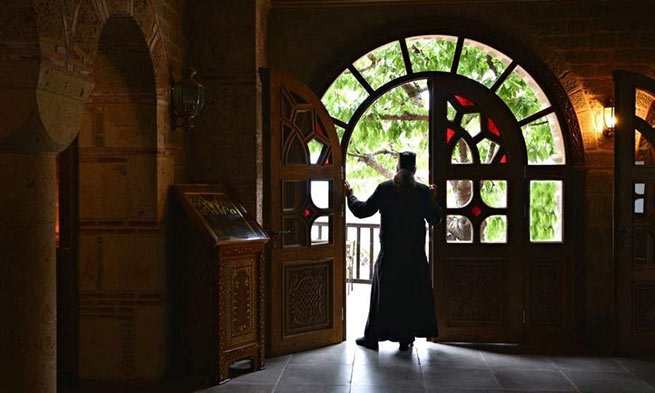 The Anti-Money Laundering Authority is investigating suspicious money transfers from abroad to individual accounts of monks on Mount Athos.

These transfers have been made before, but things took a new turn after the start of the war in Ukraine and sanctions imposed by the West against individuals and entities associated with the Kremlin, which, after all, traditionally maintains close ties with the Athos Republic.

Source of the Greek edition cathimerini, with knowledge of the matter, said that there are at least 20 transactions that have been identified as suspicious in the past twelve months and are being investigated by agency staff. We are talking about the movement of large sums of money from banks and foreign money transfer companies, and they are not on the accounts of monasteries, which in the recent past were visited by high-ranking Russian officials, but on the individual accounts of the monks on Mount Athos. Competent sources explain that the country’s credit institutions considered these transactions suspicious mainly because they involved the transfer of unusually large amounts of tens and even hundreds of thousands of euros. In one case, a transfer worth more than a million euros was discovered, but the investigation concluded that the money was intended to finance a mission in Africa.

Sources familiar with the case confirm that most of the money transfers under investigation involve funds originating in Russia. They also clarify that the money found in the accounts of the monks did not come from legal entities or individuals against whom military sanctions have been in place since February last year. One scenario being considered is that wealthy Russians decide to withdraw their money from Russia with the help of monks from Mount Athos, to keep it safe in the event their country’s financial institutions collapse or even have their funds frozen by the Kremlin because of the war.

For the same reason, a number of Russians have reportedly started buying property in Greece in recent months or have expressed an interest in doing so. “So far, no evidence has emerged that can fully confirm the information that these transactions are part of a wider, organized effort to infiltrate Mount Athos by Russia,” the source said. “These efforts were expressed mainly through business and / or political circles. “. The source refers to recent data from US intelligence agencies on the transfer of $ 300 million from Russia to parties and politicians since 2014.

The initiative of the Ministry of Public Security to convert the former police station in Karyes on Mount Athos into a department, which was announced a few months ago, did not go unnoticed. While some have attributed the move to Greek and other authorities’ concerns about the possible presence and activities of Russian citizens on Mount Athos, Ministry of Public Security officials, when asked about it, dismissed the initiative as a purely police matter.

In addition, the split that occurred in the spring of 2021 between the Ecumenical Patriarchate and the Russian Orthodox Church, followed by the war in Ukraine, has led to a significant reduction in the number of Russians visiting Mount Athos, at least according to sources familiar with the matter.

In addition to funds of Russian origin, several monetary contributions to the monks of Athos, which are under close scrutiny by the Office for Combating Money Laundering, were made by people from the Balkan countries, in particular Serbia, Romania and Bulgaria. The auditors of the department cannot rule out the possibility that this is money from illegal activities, which are legalized in the form of donations to the monks of the state of Athos.

However, recently released information about an investigation by the European Anti-Fraud Office (OLAF) into three monasteries on Mount Athos was debunked this week by a competent European official. According to information from Brussels, OLAF has previously dealt with the transfer of Russian funds to one of the monasteries on Mount Athos, but the latest investigation was completed in 2014 and does not apply to the current situation.

PS It is worth noting that earlier the Greek authorities not only did not object, but also welcomed such financial donations. But now the country has other priorities and friends.