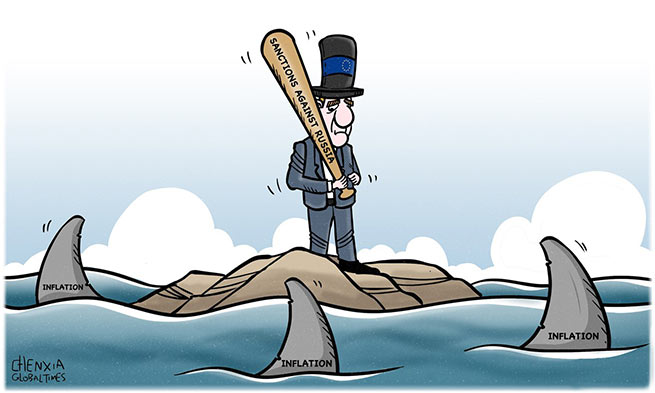 European companies are moving production to the US, writes WSJ. They are attracted by the stable cost of energy and state support. The American economy is benefiting the most from the energy crisis in Europe, the author of the article believes.

The American economy was among those who benefited the most from the energy crisis in Europe, writes the American edition. The Wall Street Journal. Faced with sky-high natural gas prices, European steel, fertilizer and other commodities that underpin economic activity are gradually moving their operations to the US, where they are attracted by more stable energy prices and strong government support.

As volatile energy prices and persistent supply chain problems threaten Europe with what some economists warn could be a new era of deindustrialization, Washington has approved a slew of measures to stimulate industrial production and shift to clean energy sources. As a result, company executives say the balance is increasingly tilting in favor of the United States, especially for companies with projects in chemicals, batteries and other energy-intensive products.

“Obviously there is a need to move production to the United States,” said Ahmed El-Hoshy, chief executive of Amsterdam-based chemical company OCI NV, which announced in September the expansion of an ammonia plant in Texas.

The United States economy is facing record high inflation, supply chain problems and fear of a possible economic downturn. However, according to analysts, she still came out of the pandemic in relatively good shape. Meanwhile, China continues to impose lockdowns due to the increase in the incidence of COVID-19, and Europe is seriously shaken due to the military conflict.

A new wave of government funding for infrastructure, microchip production, and clean energy projects has raised the level of business attractiveness in the United States.

Earlier this year, Danish jewelry company Pandora and German automaker Volkswagen announced they were expanding their operations in the United States. The Wall Street Journal reported last week that Tesla is putting on pause its plans to manufacture batteries in Germany and is already exploring the possibility of obtaining tax breaks under the Inflation Reduction Act signed into law by President Biden in August.

Analysts and investors say Europe remains a desirable market for advanced manufacturing technologies and boasts a skilled workforce. Due to the demand that has accumulated during the pandemic, many companies that have experienced a sharp increase in energy prices over the past few months have shifted this burden to their customers. The question is how long natural gas prices will remain so high.

Some economists warn that natural gas producers in Canada, the United States, Qatar and elsewhere are likely to find it difficult to completely replace Russia as a source of supplies to Europe in the medium term. If this is true, high gas prices on the continent could last well into 2024, which in turn threatens to permanently scar Europe’s manufacturing sector.

“I think we’re going to have to go through at least two tough winters,” said Stefan Borgas, chief executive of Austria’s RHI Magnesita. He added that if Europe fails to find cheaper gas or increase energy and renewable energy generation, “companies will start moving production to other countries.”

RHI Magnesita, which produces materials used by various industries, including steel, to protect against high temperatures, is currently spending about eight million euros (about eight million dollars) at its European plants to run some of its production processes on alternative fuels, such as coal or oil. It also has a supply of natural gas, which it stores in a leased underground storage facility, formerly owned by the Russian giant Gazprom and later taken over by the Austrian government.

Demand for steel in the United States will rise, Borgas said, and government stimulus measures have increased the appeal of switching to clean energy sources. Manufacturers such as RHI Magnesita are convinced that hydrogen will eventually become a major replacement for fossil fuels, allowing significant reductions in emissions throughout Europe, the United States and other countries. It is expected that Washington’s promise to increase funding for such projects will spur hydrogen production and, ultimately, lead to lower prices for it.

Luxembourg-based ArcelorMittal, which announced production cuts at two German plants in September, reported better-than-expected earnings from an investment in a Texas plant that produces hot-briquetted iron, a raw material used in steel production. In its July earnings report, CEO Aditya Mittal attributed the venture’s good earnings to being in “a region that offers highly competitive energy and ultimately competitive hydrogen.”

Many companies remain wary of the idea of ​​making changes to their strategies. This is due to the complexity of the implementation of projects such as, for example, aluminum smelters, the construction of which can cost billions of dollars and take several years.
“It is not yet clear whether this will be a structural change or a change of a temporary nature,” said a spokesman for German chemical giant BASF, one of Europe’s largest buyers of natural gas, which has had to cut production at its Belgian and German plants. 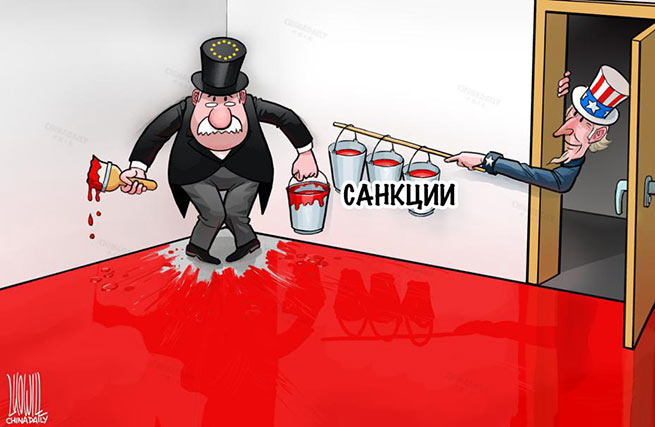 OCI, which has sharply reduced ammonia production in Europe, has increased imports to its facility in the Dutch port of Rotterdam. To facilitate these deliveries, OCI is expanding its plant in Beaumont, Texas. Investments in this project are estimated at “many hundreds of millions” of dollars, said chief executive El-Hoshi.

At its new facility, OCI will produce ammonia from so-called blue hydrogen and then capture the carbon dioxide released in the process. According to El-Khochi, the inflation reduction law has made this production scheme more attractive, since it provides incentives for storing such emissions.

“This and the events around Russia allow us to say that over time we will not need to consume natural gas in Europe and, accordingly, produce it,” El-Hoshi added.

It may be difficult for European producers to remain competitive in the absence of lower gas prices and the kind of stimulus currently offered by the US government, said Svein Tore Holsether, chief executive of Yara International, a large Norwegian fertilizer company. “As a result, some industries will irrevocably transfer their production to other countries,” he added.