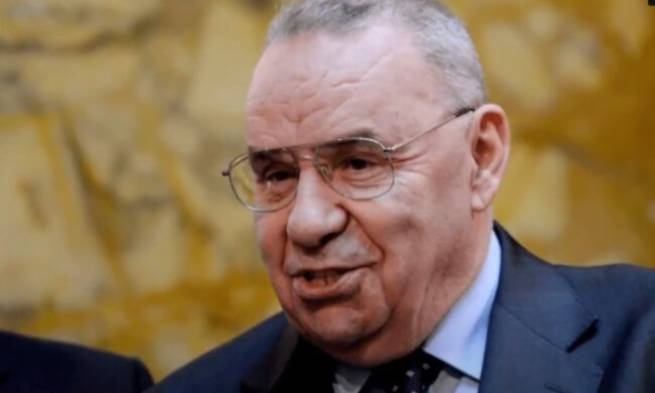 Andrei Marga, former head of the Foreign Ministry and the Ministry of Education of Romania, made a statement about the need to divide part of the territory of Ukraine between Russia, Romania, Hungary and Poland.

The former official last worked for the Romanian government in 2012. In Soviet times, he was an informant for the Romanian Securitate. Speaking at the book festival “Alba Transilvana” in the Romanian city of Alba Iulia, he called for the division of part of the territory of Ukraine. The statement became known over the weekend, and the Romanian media drew attention to it. Positioning himself as a historian, Marga stated:

“I state this with full responsibility: Ukraine is within unnatural borders. It must give up its territories: Transcarpathia to Hungary, Galicia to Poland, Bukovina to Romania, and Donbass and Crimea to Russia. These are all territories of other states, not Ukraine.”

At the same time, he also stated that “Romania should stay away from the war,” which will end in a safe agreement between the United States, China, Russia and EUand assured that Ukraine is “far from democracy.”

In connection with the statement of 76-year-old Margi, it is worth noting that, although he has experience as a foreign minister, he is not a diplomat. He headed the Ministry of Foreign Affairs for only 3 months in 2012, in the first coalition government of Victor Pont according to the party quota. Prior to that, he worked in the government over 20 years ago, as Minister of Education in 1997-2000. In his country, in addition to party activities, he is known as the long-term head of the university in Cluj-Napoca, a city that is one of the centers of the Hungarian minority in Romania.

After the departure of Andrei Marga from active politics, curious facts became known. It turns out that since 1977, during the time of socialist Romania, he collaborated with the repressive service of the Securitate and reported on activities related to foreigners at the University of Cluj, where he first studied and then taught. At the same time, we can talk about the so-called “family contract” – Marga’s wife was also an informant for the Securitate during the time of dictator Nicolae Ceausescu. At one time, Marga tried to refute this information in court, but ingloriously lost, since the state body responsible for studying the archives of the security service officially confirmed this information.

The Embassy of Ukraine in Bucharest called unacceptable the statements of the Romanian ex-Minister Andrei Marga, who advocated the division of the country. Ukrainian diplomats noted:

“We regret that former European and Democratic Minister Andrej Marga is making statements that call into question the basic principles of international law, especially the inviolability of borders. Ensuring that these principles are fully respected is the basis of security and stability on the continent.”

Romania officially supports Ukraine in resisting Russian aggression and has become one of the initiators of the Kyiv Security Initiative. The other day Ukraine, Moldova and Romania launched a trilateral format of interaction, reports “European Truth”.

The Romanian Foreign Ministry said that the words of the ex-minister about the “division” of Ukraine contradict the position of Bucharest. The Ministry of Foreign Affairs of Romania considers unacceptable the statements of Andrei Marga in the public space regarding Russia’s aggressive war against Ukraine and its consequences. As writes “European Truth”according to a statement issued by the department on Sunday and quoted by Romanian media:

“These statements are in blatant contradiction with the official position of Romania regarding Russia’s illegal, unjustified and unprovoked aggression against Ukraine, as well as with the basic principles of international law that govern international relations today.”

The ministry assured that it “categorically rejects” the position of Marga, who accepts, encourages and promotes vicious narratives spread by Russia.

However, after a similar reaction to his words, Marga did not change his position, stating, quoting BB.LV:

“I am always ready to repeat the statements I have already made, because they express the simplest truth. <…> My words correspond to historical truth, international law and common interests, with the exception of the interests of today’s propaganda, the assertions of which will be considered erroneous the day after tomorrow.”

The former minister added that he was not surprised by such a reaction to his words by Ukrainian officials and the media:

“I’m not touched. None of them brought any factual arguments against what I said. There is only truth in my words, and I consider it my professional, civic and moral duty to convey it. <...> Ukraine is located in unnatural borders. By By all historical and demographic criteria, it has territories that it can cede to its neighbors.”

He stressed that those who reduce the discussion of the conflict in Ukraine to international law are mistaken because they do not understand the historical roots of the crisis and ignore the need to ensure the security interests of others.