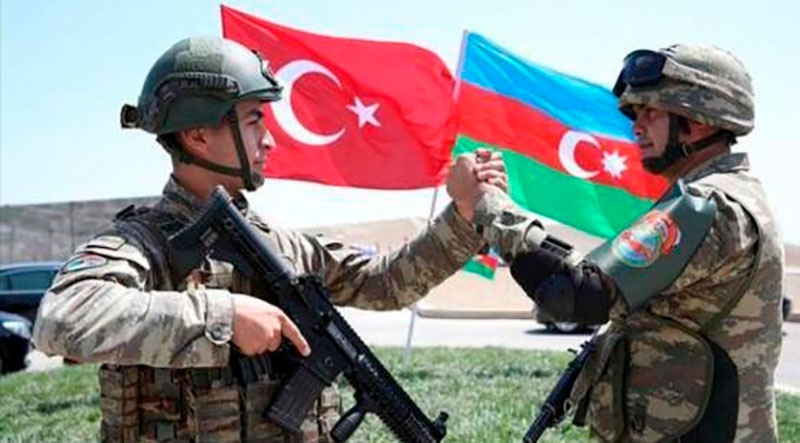 Turkey is ready to join the conflict with Armenia in case of resumption of hostilities. Over the past 72 hours, the Turkish army has deployed more than 50,000 troops in the border areas with Armenia.

This far exceeds the total size of the army of the Republic of Armenia, and against the backdrop of Erdogan’s statement about his readiness to support Azerbaijan, the risk of a direct armed conflict is at a very high level.

At the moment, it is known that Turkey has mobilized about 45,000 military from the reserve and has already deployed military personnel in the regions bordering Armenia. In addition, about 5,000 Turkish soldiers of the regular army are stationed in the border zone with Armenia. This indicates that Ankara is preparing for full-scale hostilities, and such a large number of military personnel can be involved in the occupation of territories.

It should be noted that the Turkish mobilization of 50,000 troops took place in just 72 hours, which makes it clear what Greece will have to face in the event of a possible conflict on Evros or in the eastern islands of the Aegean.

At present, the situation on the Azerbaijani-Armenian border has stabilized, but tension remains extremely high, since any organized provocation can escalate into a full-scale armed conflict, since both the Azerbaijani and Turkish armies are much better equipped than their Armenian counterparts.

At the same time, Russia is ready to assist Yerevan in the event of a Turkish attack, and in addition, the Iranian armed forces are on high alert, as they have deployed at least a hundred tanks and armored vehicles on the border between Armenia and Azerbaijan.

US House Speaker Nancy Pelosi on Sunday accused Azerbaijan of being responsible for this week’s border clashes between Azerbaijani and Armenian forces that killed 200 people. “We strongly condemn these attacks on behalf of Congress, which threaten the prospect of a much-needed peace settlement,” she said at a press conference from the Armenian capital Yerevan. “Armenia is of particular importance to us, because after Azerbaijan’s illegal attacks on Armenian territory, special attention is paid to the security aspect,” she added.

WATCH: Armenians welcomed Nancy Pelosi (@SpeakerPelosi) and the US Delegation as they arrived in Yerevan. pic.twitter.com/JI4jAI2ZTj

PS I would not rule out an agreement between the US and Turkey, the purpose of which would be Armenia’s withdrawal from the CSTO agreement or, at least, its discrediting and subsequent disintegration. This is quite in the style of the United States and it is quite possible that Erdogan was offered some preferences in return, for example, the modernization of the F-16.