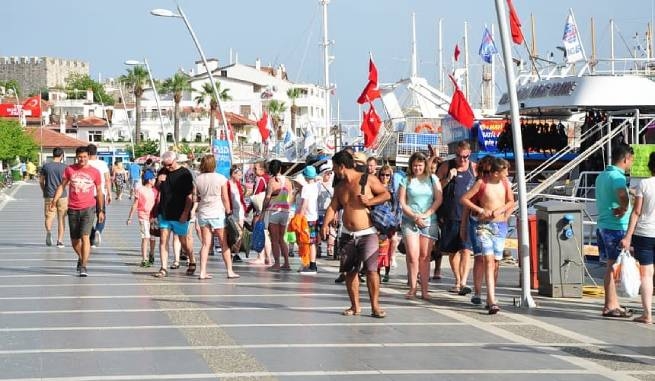 The flow of tourists from Russia to Europe has decreased by 95%, according to Russian media, citing ATOR.

As tells BB.LV, this summer, compared to 2019, the number of trips of Russian citizens to Europe decreased by 90-95% and amounted to 1.2 million in the first six months of 2022. During the same period in 2019, 8 million Russians visited European countries. These data take into account not only tourists, but also business trips, visits to relatives and trips related to study.

According to the Association of Tour Operators of Russia, Greece, Italy, Spain and France became the most popular European countries among Russians this summer.

In fact, the Russian outbound tourism market in 2022 has shrunk to five countries to which direct flights are possible: Turkey, for example, was visited this summer by 60% of tourists who chose foreign holidays. It is followed by Abkhazia, the United Arab Emirates, Egypt and the Maldives. These countries account for 92.4% of all trips of Russians for the purpose of tourism and recreation abroad in June-August 2022.