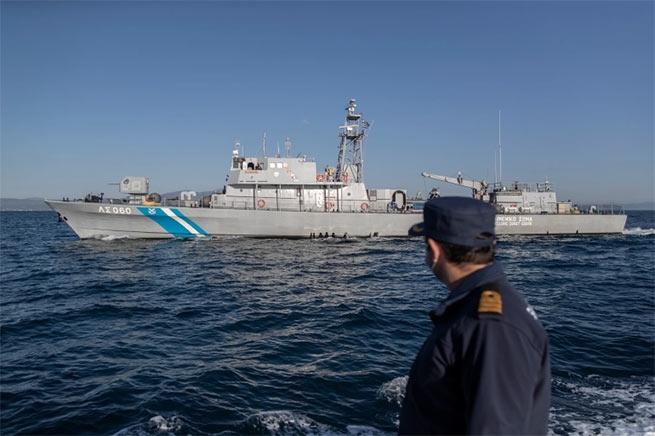 According to Turkish media, on September 11 in the afternoon, the Greek coast guard opened warning fire on a ship with the flag of the Comoros near the Turkish island of Bozcaada.

Earlier, Turkish authorities said that the incident occurred in international waters, 11 miles southwest of the island of Bozcaada. Ankara demands a serious investigation into the incident.

“On Saturday afternoon, a patrol boat from the Port Authority of Mytilene spotted the ro-ro vessel ANATOLIAN under the flag of the Comoros in the sea area northwest of Lesbos, which was moving suspiciously within national territorial waters, heading north of the island,” the coast guard said. Greece.

The Greek Coast Guard confirmed it had fired “warning shots” at a ship “moving suspiciously” in Greek territorial waters off the island of Lesvos. The captain of the cargo ship refused to allow a search and was later taken to nearby Turkish waters, Greek Coast Guard officials said, noting that they had informed Turkish maritime authorities of the incident.

The area is famous for the many boats that bring migrants from Turkey to the countries of the European Union, Greece and Italy. The Greek Coast Guard says it regularly checks ships that are behaving suspiciously in the Aegean. According to her, the Coast Guard Operations Center informed the Turkish authorities about the incident so that they could take their own actions.

In recent months, the situation between the two countries has heated up to the extreme limit. Turkish President Tayyip Erdogan said earlier that Greece is threatening Turkey with S-300 air defense systems and will pay a “heavy price” if it “goes further.”