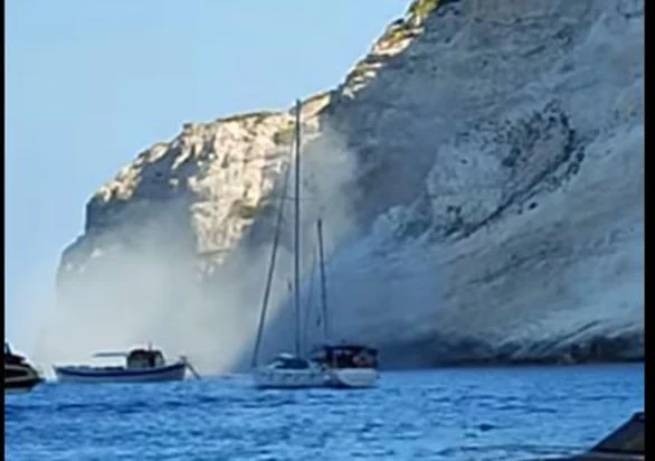 A strong earthquake that occurred on the morning of Thursday September 8 caused a rockfall in the bay of Navagio beach in Zakynthos.

earthquake magnitude 5.4 on the Richter scale, which occurred in the sea area between Zakynthos and Kefaloniacaused a landslide. Large fragments of the rock broke off and fell into the sea, fortunately without causing any harm to passing boats.

Fearing that the situation would worsen, the Port Authority of Zakynthos has banned visitors from accessing the beach, as well as the area above the popular tourist site.

The rockfall caused by the earthquake indicates the danger of the situation in the Navagio region, said ΟΑΣΠ president and professor of geology Efthymios Lekkas.

He emphasized that all measures that have already been taken in the area, namely the three security zones on the beach, must be respected. At the same time, he called on the relevant authorities in the region to take action and instruct tourists.

Recall that just last Sunday, Gerasimos Papadopoulos predicted the possibility of the onset of relevant problems in Navagio.

“Hundreds of tourists visit the area en masse, crowding under the overhanging vertical slopes. In an earthquake, they will collapse. But even without an earthquake, as happened about 4 years ago, when a part of the slope, fortunately small, collapsed, causing a local tsunami, and panic seized the visitors. God forbid, there will be no casualties, ”the seismologist warned in his post published on the social network.