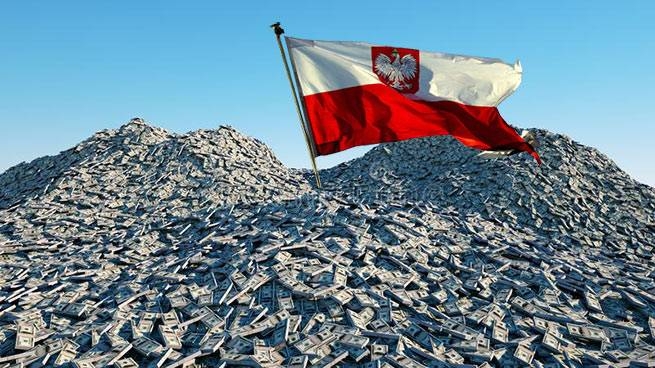 Poland intends to demand from Germany 1.3 trillion dollars in reparations for the losses suffered during the Second World War.

Yesterday, Thursday, a ceremony was held in Poland to mark the 83rd anniversary of the Nazi invasion that started World War II on September 1, 1939. On the same day, Jarosław Kaczynski, leader of the ruling conservative Law and Justice party, announced Warsaw’s intention to formally demand compensation from Berlin.

A specially created commission Reuters, estimated the amount of damage at 6.2 trillion Polish zlotys, or $1.32 trillion. Kaczynski said at a press conference:

“Sum [нанесенного ущерба] was calculated by the most limited, conservative method, it could well have been greater.”

There are no comments from the German authorities yet. During World War II, six million inhabitants were killed in Poland, of which half were Polish Jews. Approximately 200 thousand people died in 1944 in Warsaw, during the suppression of the Warsaw Uprising. The capital of the country was practically wiped off the face of the earth, writes Air Force.

Having won the elections in 2015, representatives of Kaczynski’s Law and Justice party have repeatedly stated the need to pay compensation to the Poles. In 2019, the amount was called $850 billion. But the statements of politicians, first of all, were designed more for an internal audience. Officially, Warsaw has not yet demanded reparations from Germany.

Poland is Germany’s largest trading partner, both countries are members EU and NATO. Germany has repeatedly stated that all financial issues regarding the Second World War have long been settled, the topic can be consider closed.

The amount announced yesterday by the Polish authorities is colossal – it is almost 1/3 of the current annual GDP of Germany, which is one of the five largest economies in the world. During the Second World War, the entire global GDP barely reached 8 trillion dollars, of which Poland expects to receive almost 1/6 of it.

The first official demands for compensation for damage to the country during the war years were made back in 1945, shortly after the liberation of Europe from the Nazis. But in 1953, under pressure from Moscow, the government of socialist Poland abandoned them. The payment of reparations to Warsaw would have laid a heavy financial burden on the GDR, which was completely unprofitable for the Soviet authorities.

Now Law and Justice says that long-standing refusal has no legal effect, since Poland was unable to negotiate a fair compensation for the damage caused by German troops on its own.

At the same time, Donald Tusk, head of the largest opposition party, Civic Platform, believes that the demands voiced by Warsaw have very little to do with reparations and compensation for harm:

“This is an internal political campaign, and Jarosław Kaczynski, leader of Law and Justice, does not hide the fact that he wants to increase the popularity of the ruling party in this way.”

Recently, the popularity of the Law and Justice party, as public opinion polls show, has begun to decline, although it still remains in the lead. The Poles are dissatisfied with the measures of the authorities in the fight against the rapid rise in prices and the slowing pace of economic growth.