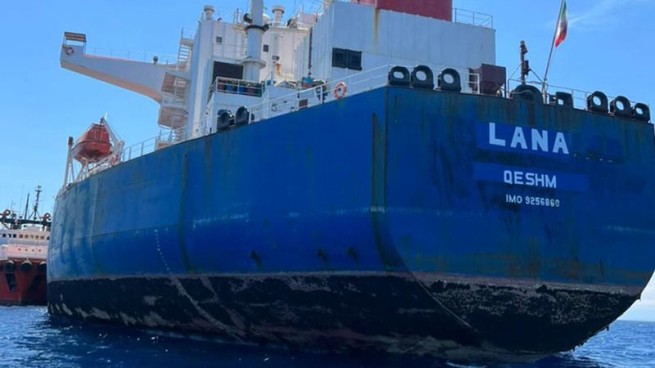 Although Greece has returned oil seized on US orders from the Iranian Lana tanker, the two Greek tankers are still held by Iran and their crews are still in custody as the parties fail to reach a mutually beneficial solution.

This was the second and last shipment of oil returned to the Iranian ship after the Greek authorities, in pursuance of a (non-binding for Greece) decision of the American court, confiscated the oil in favor of the United States. The Iranian Embassy tweeted:

“In Greek waters, the stolen Iranian oil is being transferred to the ship Lana (Iranian oil ship), and soon the ship will leave for our country with a full cargo of oil. With the help of God, in pursuing and ensuring the national interests of our country, we will not allow ourselves any doubt.”

In theory, Iran should have released the Greek tankers after that. But, apparently, they can not decide in what order what will happen. The reason is most likely that Iran, like Greece, does not trust each other, and also about who owes whom how much. Both parties to the conflict are sure that the other side should.

Edition The National Herald believes that the Iranians are trying to establish their own conditions for the release of the ship and crews, which, apparently, are connected with the departure of the Iranian ship from Greece. And while the Greek Coast Guard says they are optimistic that a decision is in place, as outlined in a report two weeks earlier, things are still there.

Two Greek ships of the Suezmax company, Prudent Warrior and Delta Poseidon, were detained by the Iranian armed forces at the end of May, when one of them was sailing in the Persian Gulf in neutral waters, and the other off the Iranian coast.

The ships were captured in retaliation for the fact that Greece allowed the United States to get the oil that was on board the Lana, which was confiscated after the tanker had a mechanical failure while it was at the anchorage of Karistos, which came from Turkey. Iran called it an act of international piracy.

While the main conditions set by Iran for the release of the Greek tankers were met by Greece, they and their crews are still being held because Iran is waiting for the Lana to leave Greece and enter international waters.

Another source, also unnamed, told the publication that Iran wants Greece to sign the agreement without demanding compensation from Iran for holding the Greek vessels and wants other terms.

Claire Jungman, chief of staff for the American human rights group United Against Nuclear Iran (who actually initiated the incident), said Greece “had an opportunity to take a stand. Instead, the decision of the Greek courts tells Iran that there will be no consequences for its seizure of the tankers,” Jungman told Reuters.