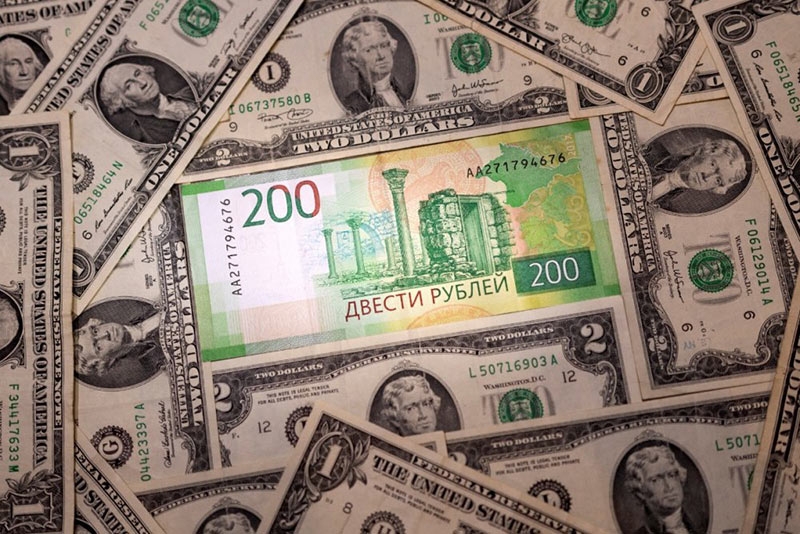 Sanctions are a favorite instrument of US foreign policy. But their excessive use leads to the fact that Washington’s victories turn into defeats, writes the American edition of The National Interest. This is well shown by the sanctions that the United States has imposed against Russia.

A US-sponsored campaign designed to secure a “strategic defeat” for Russia and “to enable Ukrainians to defend themselves and undermine Moscow’s ability to fight and project power in the future” has escalated into a skirmish between Washington and Moscow. President Joe Biden’s struggle to defeat Vladimir Putin has, willy-nilly, turned into a test for Washington: can it create a security and economic order that the rest of the world will approve or at least accept?

Some time ago it became clear that the pivotal policy for the “American Century”, which the “greatest generation” created from the ashes of World War II, had exhausted both internal energy and outside support. Republicans under Donald Trump have rejected key elements of it—his disdain for NATO and American defense of the Persian Gulf comes to mind. Democrats, on the other hand, have abandoned the Trans-Pacific Partnership and are placing the doctrine of the “responsibility to protect” with its endless expansion above the state sovereignty that underpins the post-World War II international order.

The political elite in Washington, whatever party they represent, no longer sees the benefit of expanding the international trade system and mobilizing political support through the UN, let alone expanding trusting relations with Russia and China, although they have brought considerable benefits in the second half of the 20th century. century.

Instead, Washington is trying to impose, in its own words, “an international order based on rules.” This term is attractive due to its flexibility: Washington is free to set the rules of the game in an extremely selective and one-sided way. Under Democratic and Republican leadership, he has become the leitmotif for mobilizing “coalitions of the willing” against Libya, Iraq, the Pacific, and now against Russia.

Sanctions are at the heart of this new, still evolving order, and Washington is increasingly resorting to them. Back in the 1970s, extensive economic and cultural sanctions were just one of the political tools against the USSR, and today they have become a favorite foreign policy weapon – not only against Moscow, Iran and China, but even against friends and allies. With the expansion of their functions, the geography of the countries that fell into this trap also expanded – for example, the allies in the Middle East hesitated to help Lebanon until the United States gave guarantees that no sanctions would affect them.

American sanctions are designed to isolate, punish or enforce tacit compliance. American interests are at stake, and there can only be one winner in this game. In the most revealing cases, as in Syria and Iran, they ruin the common people, while not touching either politicians or businessmen and not achieving their goals. Under the circumstances, this begs the question: is it possible that Washington is so dependent on sanctions, its favorite foreign policy tool, that its victories turn into defeats?

This is especially true when a rising China trumpets the benefits of its “win-win” philosophy of international relations, backed by a multibillion-dollar strategic engagement and development program that Washington has nothing to match.

Conversely, the fact that sanctions have become Washington’s favorite tool implies that US policymakers are convinced that the best way to strengthen US global leadership is to continue to pursue policies that many countries consider unilateral coercion. It turns out that America is brutally imposing its power because it doubts that it can set an example of a healthy democracy, a fair and just economy. And no matter how much the Biden administration boasts of the coalition’s success in order to defeat Russia, instead of expanding America’s circle of friends, sanctions, policies of fines and punishments only narrow the prospects for US global leadership. And besides, nothing foreshadows that Russia will retreat.

The most successful powers, from Rome to Washington, maintained and increased their influence by expanding their reach, rather than inventing new ways to deprive others of the benefits of the international system they themselves are building. It is unlikely that the United States will be able to claim world leadership in the 21st century by narrowing its circle of allies instead of expanding it, and crippling world trade with an ever-expanding set of sanctions that do not care who is enemy and who is friend.

Jeffrey Aronson is a fellow at the Washington Institute for Near East Policy.