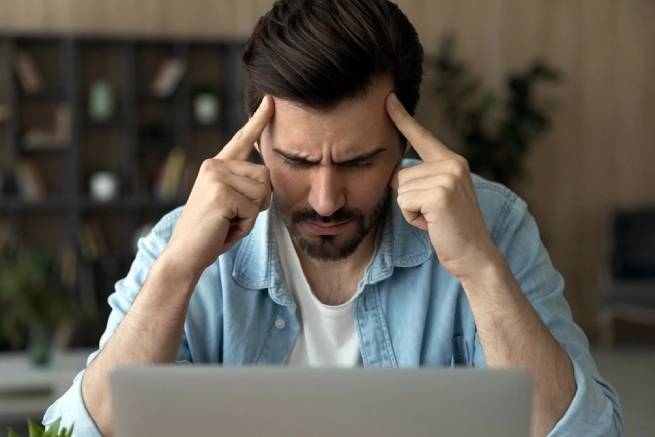 For a long time, many believed that mental work was not too tiring. Recent studies have convincingly proven otherwise.

Thinking hard is no less, if not more tiring than doing physical work, only fatigue is a little different. However, as studies by French scientists have shown, concentration and mental work for several hours create a feeling of exhaustion in the body.

New evidence has been found that provides an answer to the question of why this is happening. The feeling of excessive fatigue due to intense thinking is not something imaginary, but quite real. Fatigue is caused by the accumulation of so-called “toxins” in the brain.

The results of the study are published in the biological journal current biology. Scientists led by Dr. Matthias Pesillione from the Pitiers-Salpêtrière University in Paris found that long hours of cognitive work create toxic by-products (glutamate) in the prefrontal cortex of the brain. Their education, in turn, leads to changes in the control over their decisions. The person gradually moves to activities with low “cost” that do not require much effort. Pescilione explains:

“Influential theories have previously argued that this fatigue is a kind of illusion created by the brain to stop what we are doing and switch to more rewarding activities. But our results show that cognitive work leads to real functional changes, the accumulation of toxic substances, as a result of which the feeling of fatigue is a signal that will make us stop thinking, but for a different reason: to maintain the integrity of the brain.”

That is, such a state can be called self-defense of the body. While machines can continuously perform calculations, the human brain is not capable of doing so. His fatigue is associated with the need to process toxic substances that arise as a result of the cognitive activity of neurons. This was convincingly proved by a new study, during which, using magnetic spectroscopy, the chemical composition of the brain was recorded during the day.

Two groups of people took part in the study: those who think hard and those who think freely. Signs of fatigue, such as a decrease in pupillary dilation, were observed only in the first group, whose participants performed intense mental work. They also had higher levels of glutamate in the synapses of the prefrontal cortex. The accumulation of it makes it difficult to cognitive control after much thought, writes newsbeast.gr.

The main “antidote” to the feeling of brain fatigue, the researchers note, is a full-fledged “rest and sleep.” Scientists also recommend not making important decisions when a person feels tired after hard mental work.