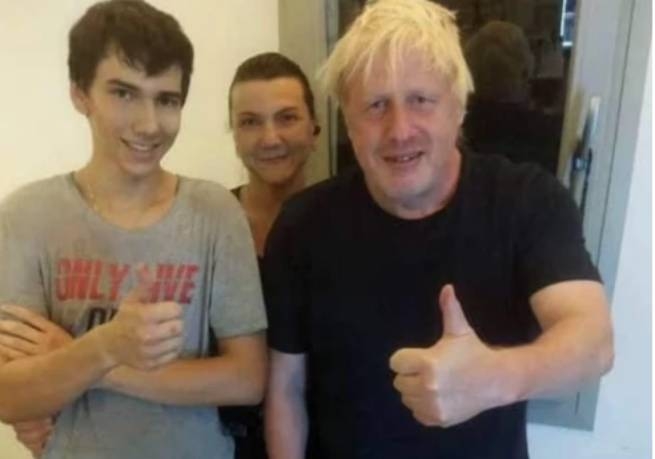 The “outgoing” British prime minister enjoys Greek cuisine and Greek hospitality. Those around him note his friendliness and willingness to communicate.

Now he resting on the island of Evia and on Thursday evening, together with his wife, children and friends, enjoyed fresh seafood dishes at a beach restaurant in Karystos. The former premier seemed to enjoy both the dinner and the service, and generously left 50 euros as a tip. The restaurant owner says:

“I knew that Boris and his family were vacationing in the area, because they were talking about it in the city all week. On Thursday we got a call and were told that they would be attending dinner. To be honest, I didn’t know what to expect, but he was very kind. He talked to all the staff and even left a tip of 50 euros, which made everyone happy.”

Two Ukrainian restaurant workers asked the British Prime Minister to take a picture with them, and he graciously agreed. Daily Mail and quotes a Greek restaurant owner continuing the story:

“He came into the kitchen and spoke to two Ukrainian employees, Zak and Katya, and told them that it was important that the UK and the rest of Europe supported Ukraine in its war with Russia. They sat for about 2.5 hours, tasting many traditional Greek dishes and enjoying fresh squid and fish from local fishermen. We had many customers in the restaurant and they all recognized him. He was happy to chat with everyone and take pictures with them. I couldn’t believe how friendly he was.”