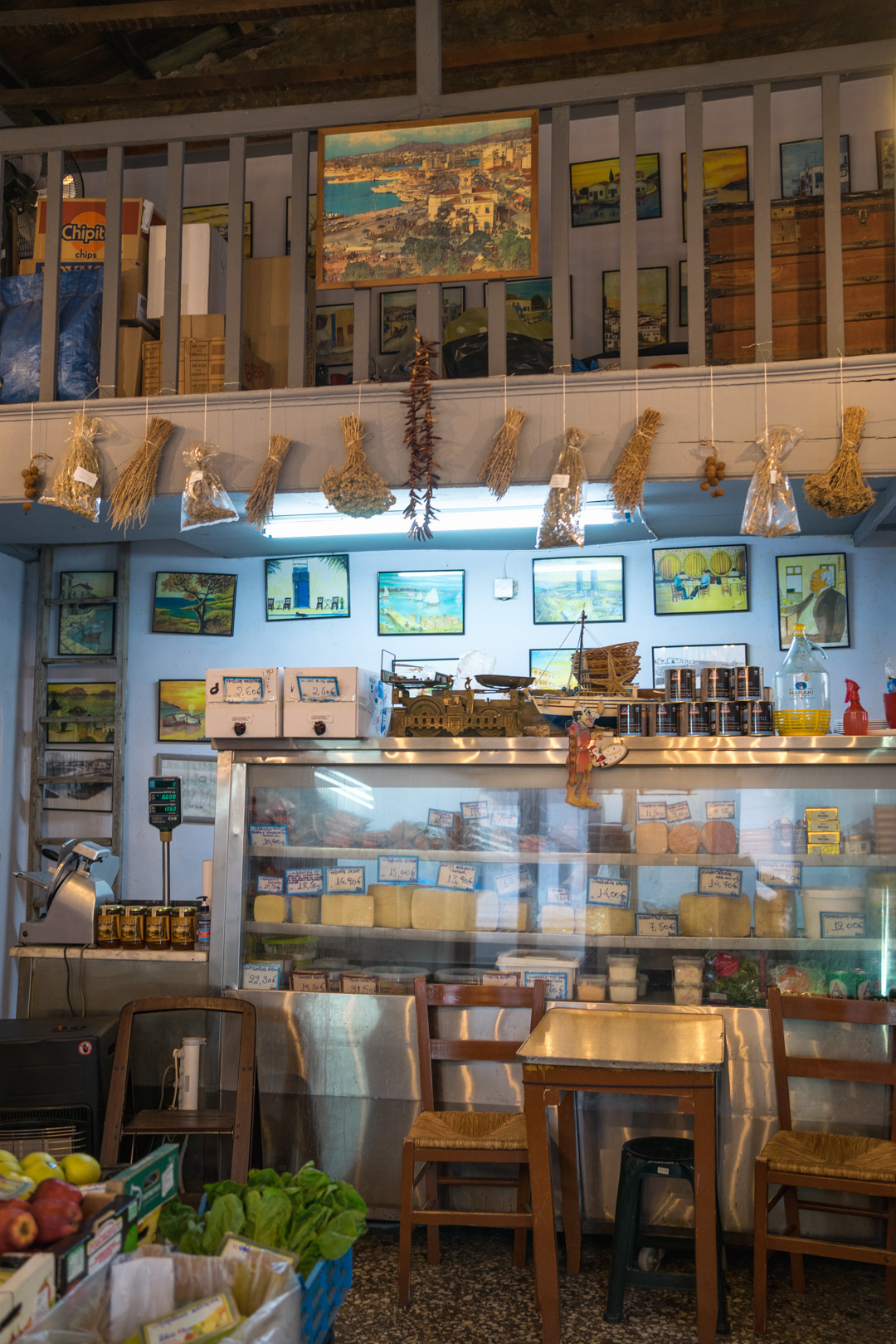 There are places in Piraeus over which “time is not subject.” They are known only by inveterate gourmets who know a lot about food. You will not find the fish taverns mentioned below in the list of the “fashion guide” of the city, but you will learn from the locals of Piraeus and, as already mentioned, lovers of good food.

Small traditional eateries, where they serve the freshest “seafood” to the noble, picky ouzo, and the fish taverns of Piraeus have one thing in common. They bear the stamp of the authenticity of the old Piraeus, when everything was “a little more naive and much tastier.” We visited these establishments to tell you about them.

When I arrived, I couldn’t believe my eyes. In the vast shadow cast by the silos of Agios Georgios and right in front of the “fish market” (Ιχθυόσκαλα) lies the Vassilis Winery. This colorful catering establishment, whose area is only a few square meters, is a curious place. Summer tables, arranged in a chaotic manner, are usually not empty, they are occupied by “knowing”.

Visitors gaze out over the bay, the numerous boats and boats, and sip ouzo while eating fried squid, mussels, shrimp and the freshest fish of all kinds. Greek music from the 90s or earlier pours from the speakers, which perfectly complements the picture of the “old times”.

Tavern “Vasilis” is open in the morning and closes in the afternoon (while Ιχθυόσκαλα is open). Vassilis Winery: Ichthyoskala, Keratsini, tel: 2104327213.

The little shop seems to have fallen into the modern era from old Greek black and white films. Its whole appearance will take you to the past. Striking high ceilings, with wooden doors and windows, objects from the “past”, placed on the shelves with reverent care. And against the backdrop of all this – a showcase-refrigerator with cheeses and meats from all over Greece.

However, the store has one secret. After passing through a small door, you will come out into an old warehouse, which now has tables adjacent to the kitchen. There, Philippos prepares everything that is in the store, as well as what he buys in the morning at the market. Meatballs, omelettes, delicious fried potatoes, as well as the freshest marida, anchovies and cold cuts are just some of the dishes you will see on his tables.

The store has been operating since 1908, and since 1959 it has been in the hands of the Skilodymos family. Today, Philippos continues the work of his father with the same passion. 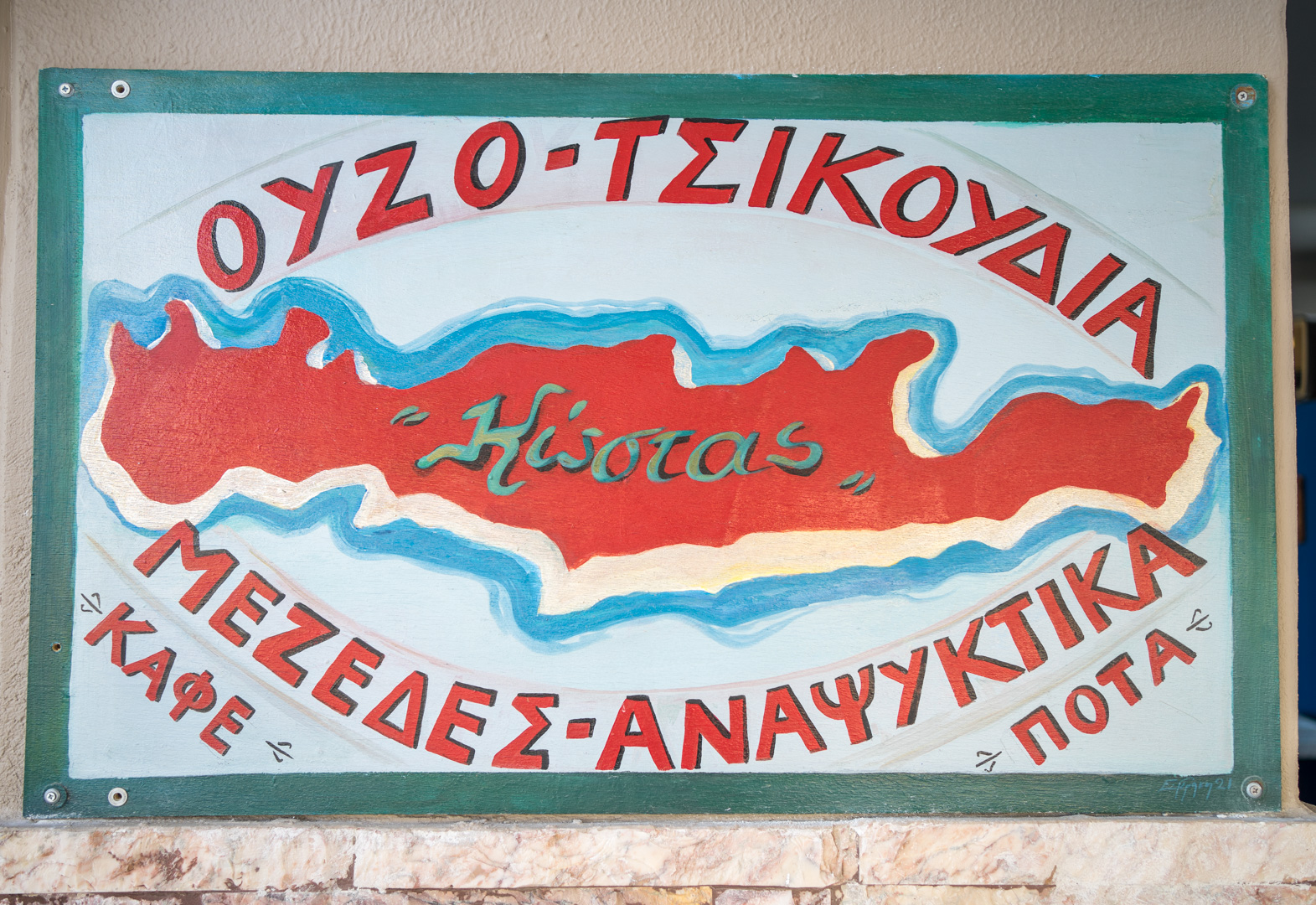 Going to a small shop with a sign “Ormos Aphroditis” on the front (another sign, a little beside it, says “Kostas”), we find Mr. Kostas at a table, just outside. As soon as we start talking to him, his wife, Mrs. Niki, appears from the kitchen. She invites us to taste dishes (which we have never tried and are unlikely to try somewhere else).

Kostis Antonodimitrakis grew up in Crete and came to Athens at the age of 16. In 1981, he decided to open a small ouzo restaurant in the same place where today we sit at tables and enjoy eating octopuses.

The owner named his establishment Ormos tis Aphrodite, after the beautiful bay that stretched ahead. At that time there was no church here, only a small iconostasis and many boats of fishermen who sold their catch. 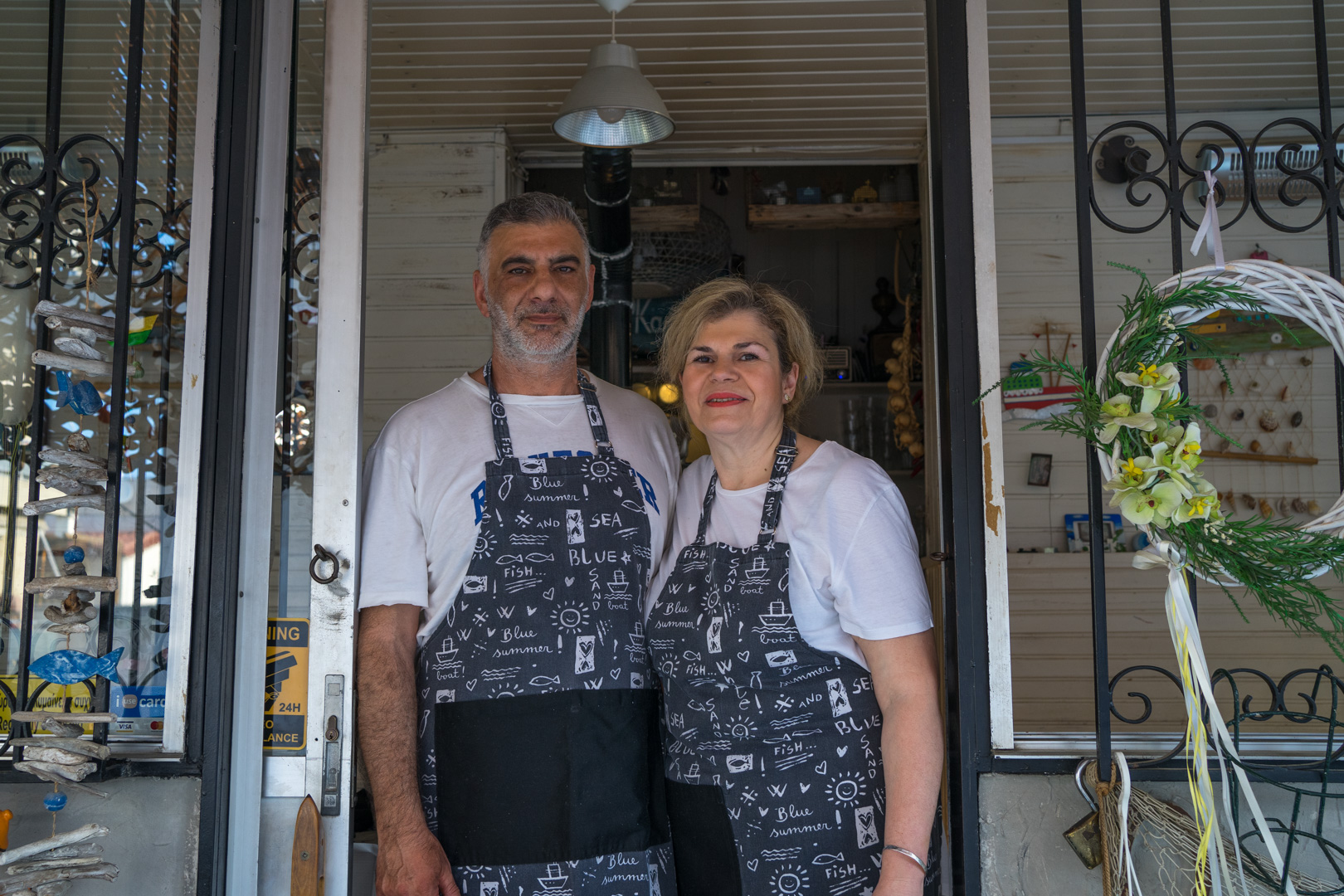 Since 1986, when it first opened, the tavern has been a haven for fanatical fish lovers in the region and beyond. The catering establishment was not always called Psarokastella, although it was always hidden on a small hill of Kastella, between other houses and on the basement floor, where the whole family of the owners lived and still lives.

As Mrs. Maria, who today runs the store with her husband and children, tells us, “My father decided to turn the veranda of our house into a tavern. At first, he just wanted to make snacks to gather his friends and have a good time. But then the flow of guests became too large, and he decided to turn the lower floor of the house into a tavern in order to please everyone with his own cooked dishes. My husband and I took over the management of the tavern. Thus, we decided to offer visitors the best we can in terms of quality in a beautiful and well-maintained space.” 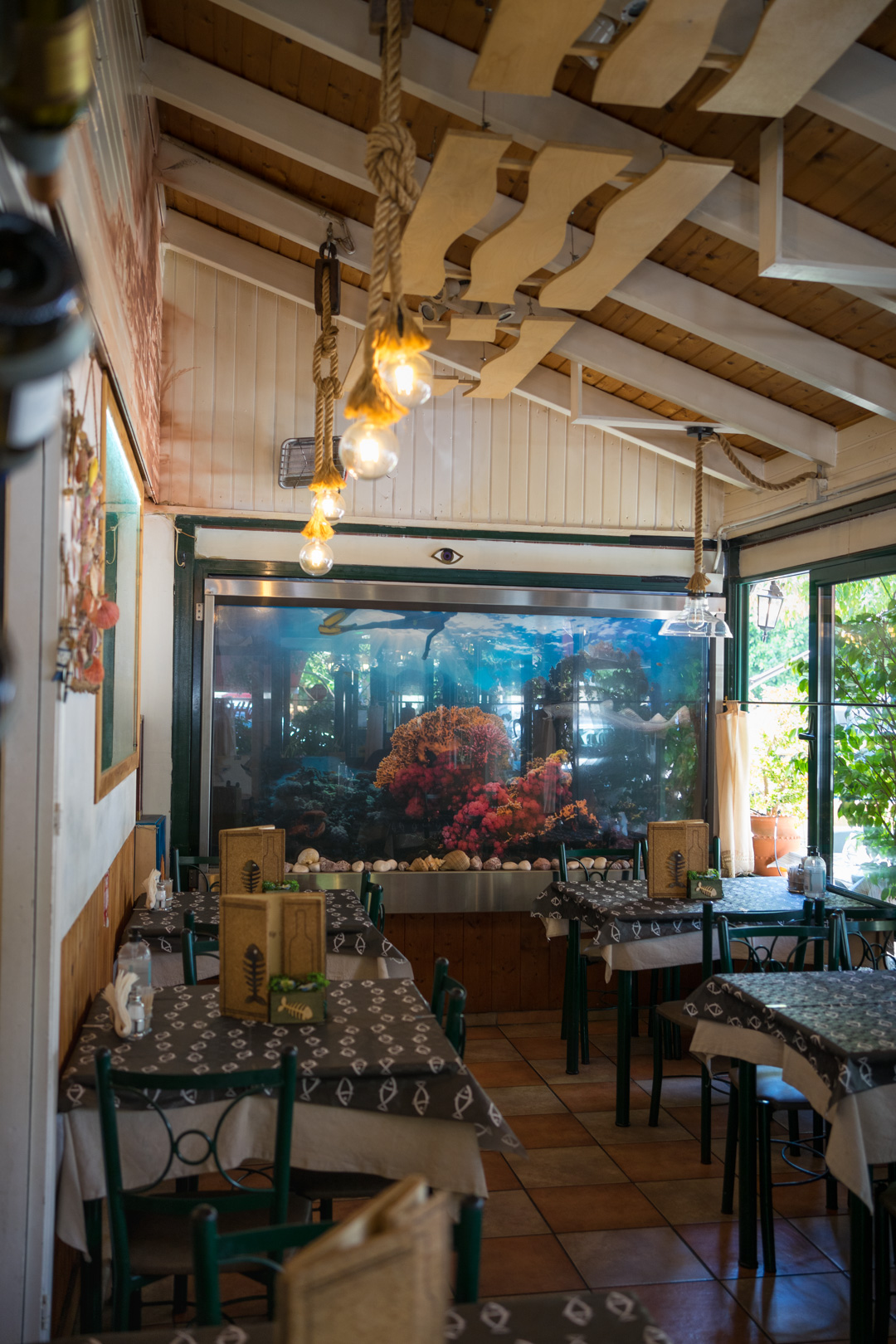 Since opening in October 2005, this tavern has become famous like no other in the area. Such is the success of Anna, who managed to create a landmark local seafood store, starting out of a catering business. As she told us, at first she wanted to open a modern coffee shop here, but the world and her love for cooking eventually led to the creation of a tavern.

The owner of the establishment says: “We work with suppliers that we have trusted for years. In the assortment of dishes: red mullet, mullet, cod, sea bass, sargos and some, the recipes of which do not actually exist (they were invented by ourselves). Here you can taste everything from paella and lobster risotto to cuttlefish juveci, a dish that is the highlight of the establishment.”

So, in today’s issue, we presented you with only five authentic taverns of Piraeus. To be continued.