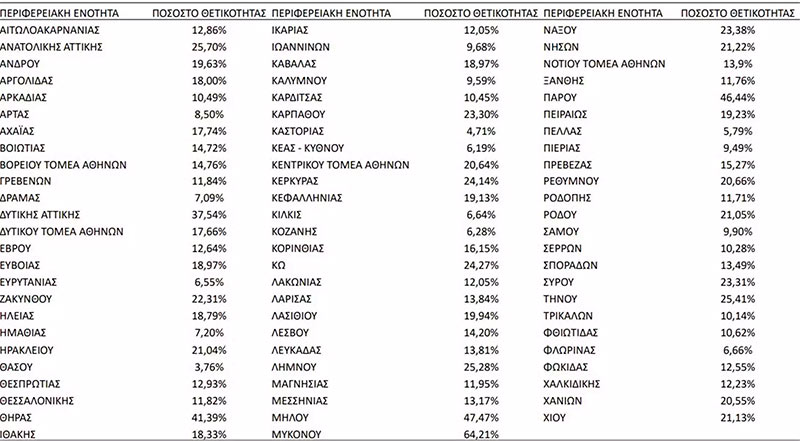 Thoughts of local quarantines are being voiced in many parts of the country, such as Mykonos, which has again been targeted by government officials who say the rapid test positive rate is over 64%!

In particular, they say that the number of positive tests for coronavirus in Mykonos is 64.21%, in Milos 47.47% and in Santorini 41.39%, which practically means: at least half of the tests carried out every day are positive!

At the end of the year, tourism revenue for 2021 reached only 10.65 billion euros, while at the beginning of the summer it was said that they would almost reach the level of 2019, which was 18 billion euros.

At the same time, the picture for the Greek islands and the main land destinations is average: on the “golden” islands, such as Mykonos and Santorini, many consume little. Large club restaurants are talking about a drop in turnover of up to 40%!

Apart from the efforts of the pro-government media to report on the crazy spending of wealthy Arabs in some shops in Mykonos, the truth is very harsh. If they also close Mykonos or other islands, it will be an absolute disaster. Recall that last year at this time the island was closed for a week, causing huge damage to Greek tourism.