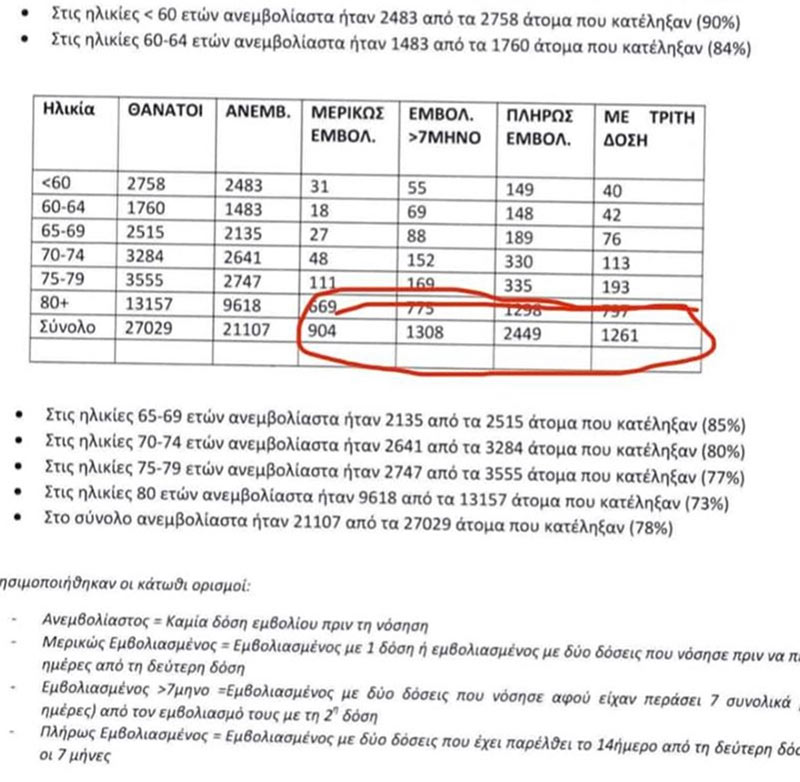 Information about 1261 fully vaccinated (with all three doses) who died from CoViD in Greece became known due to the disclosure of documents of the Greek Ministry of Health after platform opening for the fourth dose of the vaccine.

Documents sent by the National Public Health Organization (EODY) to the political leadership of the Ministry of Health and falling into the hands of the opposition were dated April 7, when the total number of CoViD deaths in our country was 27,029 people, the publication reports. Pronews.

A document presented by SYRIZA MP Pavlos Polakis (former Minister of Health of SYRIZA) states that of all patients admitted to the intensive care unit, due to age, they were not vaccinated: 93% of patients over 60 years old, 89% of patients 60-69 years old, 84 % of patients aged 70-74 years and 82% aged 75-79 years.

Mr. Polakis accompanies this paragraph with the following comment: “According to the EODY document (photo 1), up to March 22, 2022, THOUSAND TWO Hundred and Sixty One (1261) people from among our compatriots who were vaccinated with THREE DOSES died.

The government’s criminal narrative that the vaccine is the “only weapon” against the coronavirus, now officially DENUTED!

The rest of Europe minimized deaths from covid because: THEY STRENGTHENED THE PUBLIC HEALTH SYSTEM, INSTALLED AND STAFFED TREATMENTS, SUPPLIED AND ADDED MONOCLONE ANTIBODIES (now sotovimbel) and antivimab for more than 89% of severe illness and death from the Omicron variant .

Here, Mitsotakis and Pleuris prefer to hide the fact that Greece is in the top countries of the world in terms of the percentage of deaths per million population, instead of making the obvious! 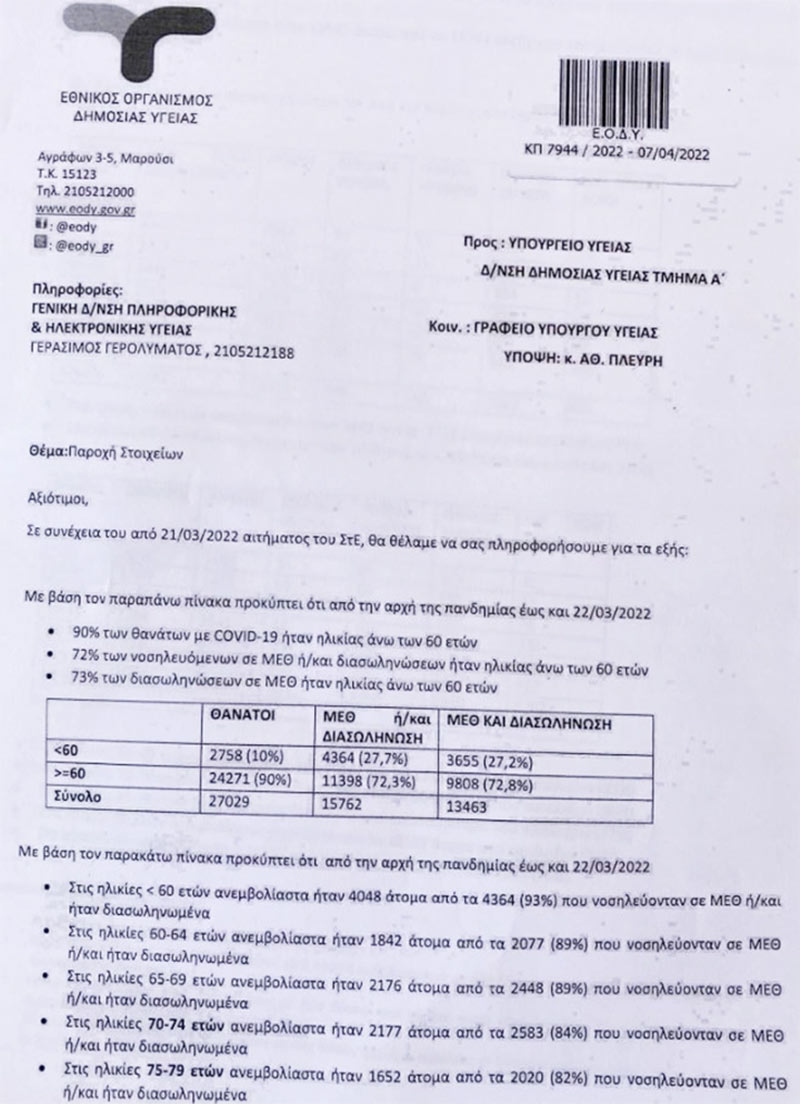