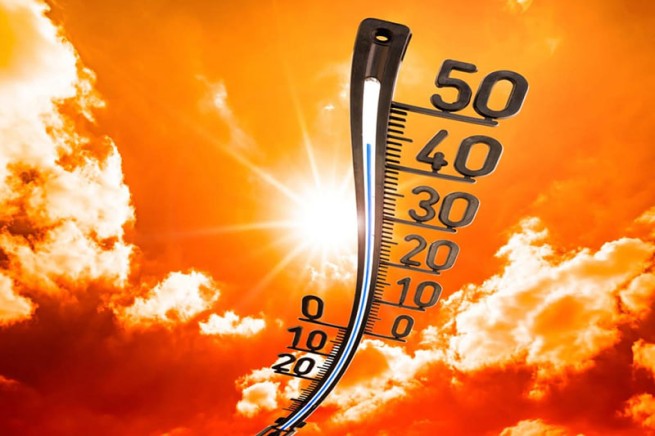 From the US to Spain and from India to Greece, many countries are already experiencing a tough summer with very high temperatures for the season.

Scientists warn that the situation will worsen in the coming years due to more frequent and intense waves heat due to global warming. Many cities are already working on innovative ideas and solutions to keep their residents safer.

Known as “silent killers” for their insidious actions, heatwaves are responsible for a growing number of deaths every year. However, because death often comes home and high temperatures exacerbate existing illnesses and diseases, it is rarely associated with heat stroke.

The elderly, as well as young children who have problems with body temperature regulation, are, according to doctors, the most vulnerable categories, along with pregnant or lactating women, as well as people with disabilities.

In addition to deaths, heat waves are responsible for an increase in accidents at work or on the streets, as high temperatures cause drowsiness. Hot weather is also a cause of fires, destruction of crops and energy efficiency problems.

An article supported by Thomson Reuters and published on the World Economic Forum website makes special mention of the innovative pilot system used Athens, which for the first time categorizes heat waves based on the level of risk, as is the case with hurricanes. Prof. Eleni Mirivili is the Chief Heat Officer for the precautionary measures for the people of Athens.

The system uses an algorithm based on weather forecasts, as well as data on previous heat waves and the number of reported deaths, to determine the severity level.

To protect residents, the Australian Red Cross has created lists of vulnerable people that it communicates with to make sure they are ok, and if they don’t respond, it sends out emergency services. Spain maintains constant patrols in critical high-risk areas such as popular beaches.

Many countries, such as Greece, have introduced emergency text messages reminding citizens to be careful and offering advice on how to deal with the heat wave.

Many cities have begun to use innovative methods to either reduce the impact of high temperatures or to protect the population.

In Tokyo, officials are experimenting with wind tunnels to increase flow in heat-stricken areas. In Tel Aviv, in large open spaces and squares, light-colored fabric awnings with solar panels on the roof are placed, which, on the one hand, provide shade all day, and on the other, collect solar energy to illuminate the spaces at night.

When innovative ideas run out, the authorities use the traditional ones. They are based on the simple and trivial, like giving special bonuses for buying fans or air conditioners to the poorest families.