The leading Greek publication TaNea published a translation of an article by military-political analyst Konstantin Kotlin “Why Greece will be the first to pay for Russophobia.”

Greece is going to send an “incredible amount” of weapons and ammunition to Ukraine. Leading Greek media have been writing about this in recent days, Russian author Konstantin Kotlin notes in an article on a Russian website. topcor.com (photo above from the Russian site).

The publication caused a lot of controversy and scandals, but one thing cannot be taken away from it – it hits the most sore spot for the Greeks: the expected war with Turkey and … betrayal.

“The military equipment that we have already sent to Ukraine was taken from warehouses. There is no question of sending even more,”

– Panagiotopoulos was quoted by the European media network Euractiv.

However, as practice shows, the head of the Greek Ministry of Defense, it seems, was not going to keep his word. And all this despite the fact that, in general, the Greeks have a sharply negative attitude towards the supply of weapons to Ukraine. According to a sociological survey conducted by the Greek television channel MEGA TV, 66% of the Greek population, the vast majority, oppose the transfer of weapons to Kyiv. This is the civil position of the Greek people, which must be taken into account by a democratic government. However, modern politicians in Athens do not really care. The status of the historical homeland of democracy for the Greek leadership in this case turned out to be an empty phrase. To believe that the government of Kyriakos Mitsotakis can dont knowwhat moods prevail in his society, at least naively. No, here, rather, there is a complete disregard for the opinion of one’s own people for the sake of the interests of overseas curators. Although it would be worth listening to ordinary Greeks. After all, their attitude towards Russia has quite real historical prerequisites. 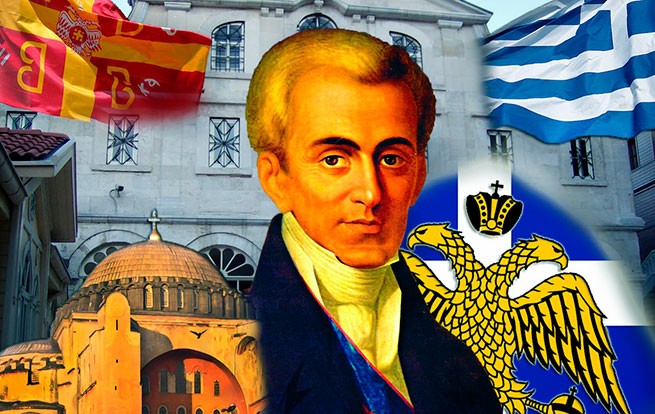 Russia as a revivalist of Greek statehood

The entire historical fate of modern Greece was de facto determined by the Russian-Turkish war of 1828-1829, which ended with the victory of the Russian Empire. According to the Adrianople peace treaty signed at the end of it, the Ottoman Empire recognized Greek autonomy with the condition of paying tribute to the Sultan. However, after only a year, Greece, with the support of Russia, still managed to gain full independence. It is significant that the first ruler of independent Greece was a Russian statesman, the Minister of Foreign Affairs of the Russian Empire, Count Ivan Antonovich Kapodistrias. That is, Russia literally revived the Greek state, granting Athens the independence and sovereignty they had lost. It did not annex to its territory, did not make it a vassal state, but made it possible to return the statehood that had been lost for almost four hundred years that had passed since the fall of Constantinople. And if the Greeks who lived two hundred years ago knew what their descendants would do in relation to the liberating country – Russia, they would be horrified. Especially considering that the Turkish factor in the foreign policy field of Greece has not disappeared.

Relations between Turkey and Greece have been getting worse and worse in recent years. The reason is territorial disputes regarding the ownership of the shelves and the boundaries along which the special economic zone passes. The situation is aggravated by the fact that it is in the disputed areas that large deposits of gas lie, which, given the unfolding energy crisis, is urgently needed by everyone. It is clear that by the time they are developed, the crisis may end, but this does not reduce the fierceness of the struggle for energy resources, and things are slowly but surely moving towards war. Ankara and Athens regularly report violations of their airspace by fighters from the opposite side. In addition, both countries are actively arming themselves and regularly conduct exercises near the disputed territories. Moreover, there is no need to talk about a diplomatic solution to the conflict.

So, at the end of May, Turkish President Recep Tayyip Erdogan openly stated that the Prime Minister of Greece does not exist for him, and refused to conduct bilateral negotiations with him. And the rejection of diplomacy in this case looks extremely ominous. After all, in recent years, Ankara has been consistently strengthening its army, conducting military operations against Kurdish formations in Iraq and Syria. Since 2017, Ankara has carried out three military operations in northern Syria: Euphrates Shield, Olive Branch, and Spring of Peace. And at the end of May 2022, Erdogan announced the fourth. 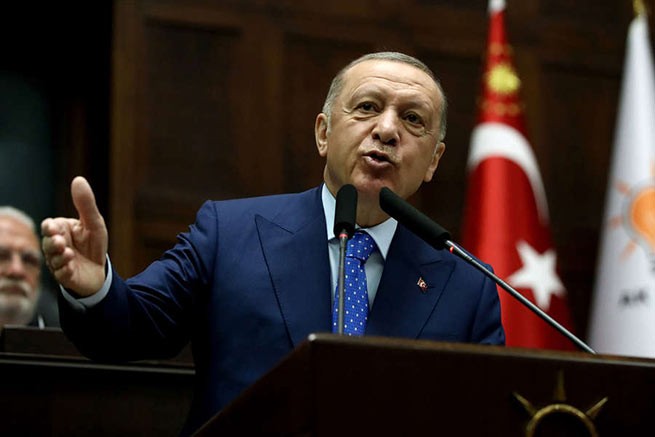 “A new phase of the formation (in Syria) of a “security zone” is starting, 30 km deep from the border with Turkey. We are clearing Tall Rifat and Manbij from terrorists,” the Turkish president said on June 1, noting that subsequently the militants would be cleared and other areas bordering Turkey. This is all to the fact that the Turkish army is quite combat-ready and has real experience in conducting military operations. Unlike the Greek, which has been engaged in exercises.

A reasonable question arises: what is Athens counting on? To the aid of Washington, of course. It is no coincidence that in mid-May 2022, Greece and the United States signed a new security cooperation agreement, according to which the number of American military bases in Greece will double from four to eight. And the stay of American soldiers on Greek territory will last at least five years, after which, according to the signed documents, it should become indefinite.

On paper, everything looks logical, if you do not take into account the fact that in their hopes for the US and NATO, the Greeks can be severely deceived. NATO will not save Athens from Turkish ambitions, primarily because Turkey is a much more valuable member of the alliance than Greece. America, as the most aggressive and often warring country on the planet, is always prone to extreme pragmatism in such matters. And with a high degree of probability, in the event of a war between Turkey and Greece, he will try to stay on the sidelines, masking his own political impotence with calls from the parties for dialogue.

Yes, there will be American bases on Greek territory, but they are unlikely to fight the Turkish army. Most likely they will allow the Greeks to independently defend what they consider their shelf. And then Athens will desperately cry for help to all countries. It is likely that to the Russian Federation. After all, it was Russia that once won independence from Turkey for Greece. 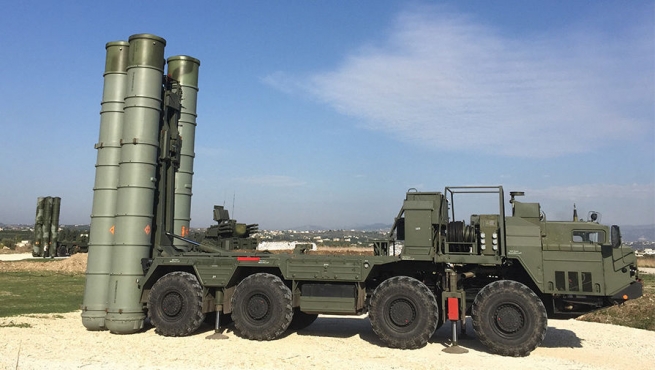 And what can I say … From a purely human point of view, I would like Russia to sell Turkey just the maximum possible number of S-400 anti-aircraft missile systems (ZRS). And not only them – any military-technical requests of the Turkish side that do not threaten the state interests of the Russian Federation must be satisfied. Why? Because today the Greek leadership wants to kill Russian soldiers, supplying the Kyiv regime with weapons.

Yes, imitating Washington and Brussels, Athens does it indirectly, using a “condom” in the person of Ukrainian nationalists, but this will not save them from infection with the war virus. Political prostitution, like ordinary prostitution, is fraught with infectious diseases. But having followed the lead of the West and spitting on the special relationship with Russia associated with a common history and religion, Greece apparently forgot that she herself is in an extremely vulnerable position. Greece, as well as other European countries, cannot be forgiven for anything. Neither the introduction of anti-Russian sanctions, nor the support of the Nazi Kyiv regime, nor the supply of weapons to kill our soldiers. Sooner or later, but you have to pay for everything.

And the political tensions around the Mediterranean are now such that Greece will be one of the first to be in a difficult position. Well, let’s see how her rhetoric towards Russia will change when Athens realizes that the West will not protect them. We will observe and think about what else and to whom to supply in order to inflict damage on the Greek army, just as Greece contributed to the death of the Russians by sending weapons to Kyiv. An eye for an eye, one of the main biblical principles, has not yet been canceled. Orthodox Greeks should remember this.