A cloud of dust from the Sahara is predicted to cover Greece for the second time in the last two weeks and will remain until the upcoming weekend.

A new dust cloud formed today, Tuesday April 5th, and is expected to remain in the country until Thursday April 7th before subsiding on Friday April 8th.

According to weather services From the National Observatory of Athens, a high concentration of dust from North Africa is estimated to cover the skies over Greece until Thursday April 7th. The Ionian Islands, Peloponnese, Cyclades, Crete and Dodecanese suffered the most from Sahara dust. The Sahara cloud is expected to dissipate on Friday, April 8, 2020.

And then, hopefully, the dust clouds will disappear, and spring will come with temperatures above 20°C and full sunlight.

Among the most important consequences will be:
– containment of the increase in temperature expected in the next few days;
– local limited visibility;
– Mud rain. 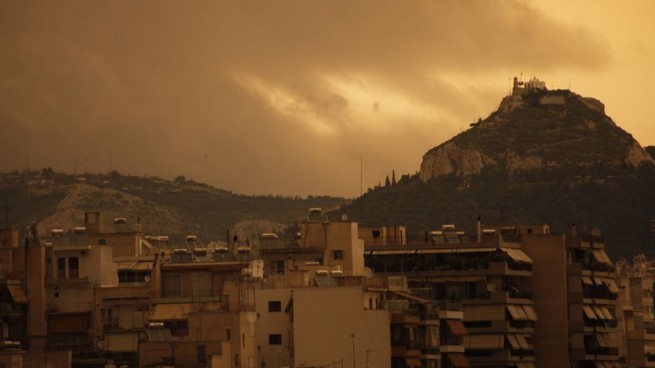 The dust that “comes to us” from Africa
The amount of dust rising into the atmosphere is estimated at 150-700 million tons per year. Scientists record that, along with solid particles, fungi and bacteria are transferred. Otherwise, according to the Athens National Observatory, its main composition is silicon, iron and manganese.

The main “suppliers” of African dust are the regions of Chad and Algeria, as well as Libya and Egypt.

Impact on public health
According to the National Observatory of Athens, during the period when African dust was in the atmosphere of settlements, an increased number of patients visited hospitals and medical institutions (in particular, people with problems with the respiratory system and heart) was recorded.

Vulnerable groups to be on the lookout for during the spread of African dust: