The personal dog of the Greek Prime Minister, named Peanuts, on Wednesday bit the Minister of State Akis Skertsos, during a meeting of politicians in the office of Mitsotakis, after which he fled the scene of the crime.

Lesson #2 of any journalist is that “a dog bit a man” is news that does not make sense to tell. However, if the dog’s name is Peanuts, and it belongs to the country’s prime minister, and the victim is one of the cabinet ministers, then it’s certainly worth a few sentences.

According to sources who were present at the incident, Peanuts bit the minister on the leg and fled the scene. Further details were not released to the public as neither the minister nor Peanuts himself commented on the unprecedented incident.

Rumor has it that the minister was very surprised as he is known to love animals and was shocked. According to credible government sources, the incident was top issue of the week among government officials. 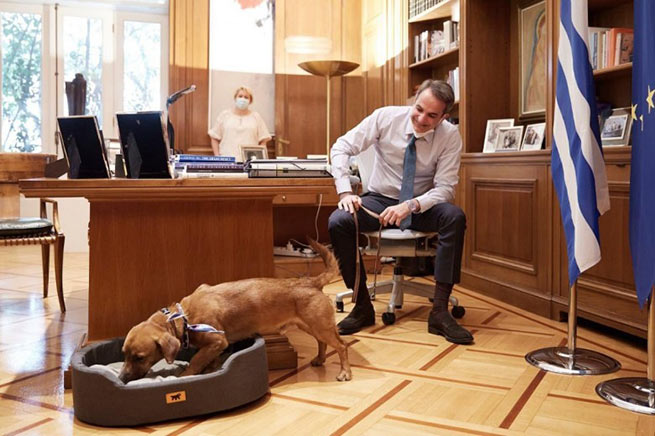 Some of them believe that the incident should by no means be underestimated, because one of the characteristics of dogs is “their unerring instinct”.

The more far-sighted have been quick to attribute the Peanuts-Sketsos argument to the fact that the first dog of Greece gave her heart to another minister of state, while others predict Sketsos’s resignation, since Peanuts showed that he did not love him.

Given the current political situation, the columnist powergame.gr not expelledthat Peanuts will start biting one minister every day if some officials continue to “lick” the prime minister’s soft spot. There were also those who hurried to write off the Peanuts-Scherzos quarrel as a weakness thatFirst dog of Greece has to another Minister of State, George Gerapetritis. 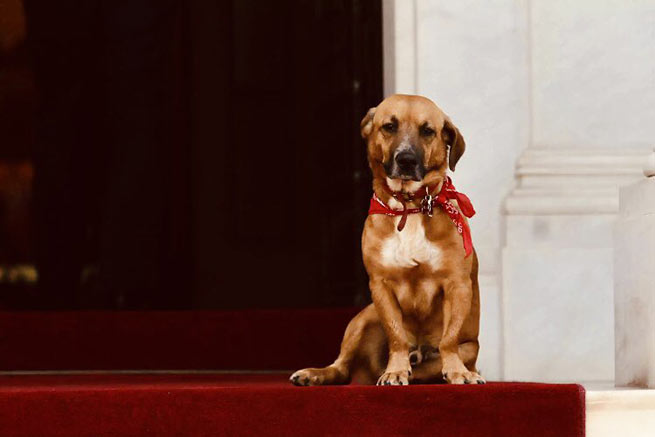 The most annoying thing is that Peanuts has so far refused to bark about it. His motives remain a mystery, which torments Mitsotakis’ entourage unspeakably. However, the Greeks are delighted and have already launched an ironic hashtag on Twitter (#Με_τον_Πινατ) “#Με_ with Peanuts”because the minister marked by the dog is behaving painfully arrogantly.

The people are already asking Peanuts to bite off the extra pieces from some other ministers and their deputies, who have been noted for their, to put it mildly, stupid statements in the style of a basket in a supermarket or peas and beans.

The most gamblers have already begun to place bets … It remains to convey this idea to Peanut himself.