The United States hosted the International Conference on Nuclear Policy, which was attended by national security experts. Scientists conducted an experiment. For a while, they felt they were in the place of the president, who had to make a decision in a situation where Russia had fired 300 nuclear missiles.

About the efforts of Moran Cerf to improve the decision-making process that could end life on earth, said the British edition Financial Times. Scientists have simulated a situation where a message appears that 300 nuclear missiles are rapidly flying towards the United States. Most likely, this is a preemptive strike launched by Russia to destroy all American mines with land-based intercontinental ballistic missiles. Missile defense cannot shoot down all incoming missiles, which means that two million Americans will die.
A few minutes ago I was sworn in and I became President of the United States. I am now sitting in the Oval Office watching television reports of the escalation of hostilities in Europe. A secret service agent bursts into the office and says that we must leave immediately. I take the elevator down to the White House Crisis Center, which is called the Situation Room. There I am joined by the heads of the national security agencies, who report an imminent strike. I have 15 minutes to answer. The clock is ticking and I’m presented with three options. All of them involve retaliatory strikes against Russia. It is estimated that between 5 and 45 million people will die there. What should I do?
See also: World War III: what will happen, who will fight with whom, and with whom will Greece remain
Thank God, I’m watching all this horror in a bulky virtual reality helmet that was put on my head. The polygonal images on the screen are rough enough that I can’t possibly accept these teachings as reality. However, my head is spinning and my heart is racing as all this drama unfolds in front of me with howling alarms and loud voices. For a few minutes I have to think about the most difficult decision in the history of mankind. The sense of responsibility is overwhelming. The National Security Adviser’s words echo in my ears: “If you don’t respond, and if this is a real attack, what will you say to the American people afterwards?”
This immersive dramatization was created by Princeton University national security experts Sharon Weiner and Moritz Kütt, who tested it on dozens of people to see how they would react. It is a real agony to make decisions about life and death under extreme pressure, based on insufficient information. They are based on US nuclear weapons protocols that have changed little since the Cold War. In a controlled experiment involving 79 people, 90% decided to retaliate with a nuclear strike.
Weiner admits that the details of this exercise are not entirely accurate (in my case, the program crashed a few minutes after starting and the virtual reality had to be rebooted). “But we try to do everything in accordance with reality,” she says. “Real authenticity is the stress and complexity caused by the presence of several decision makers in the room.” Each of the participants tries to do their job in the best possible way. But they have different and very conflicting priorities. Everyone has their own emotional baggage. Everyone reacts to stress differently. Therefore, in the end, the system depends on the president, who takes responsibility and makes a decision. “If the president doesn’t lead all of this,” Weiner says, “the crisis will get out of control.”

It’s the end of 2022, and this frightening simulation experiment is taking place near the Capitol at an international conference on nuclear policy hosted by the Carnegie Endowment. Many of the world’s leading national security experts are participating in it, which is very relevant in the current situation. Armed conflict in Ukraine lends the meetings a touch of danger, dark humor prevails, and speakers joke that the event would be better held in a bunker. A mobile stall for the sale of hot coffee received the sonorous name “Armageddon’s Barista”. 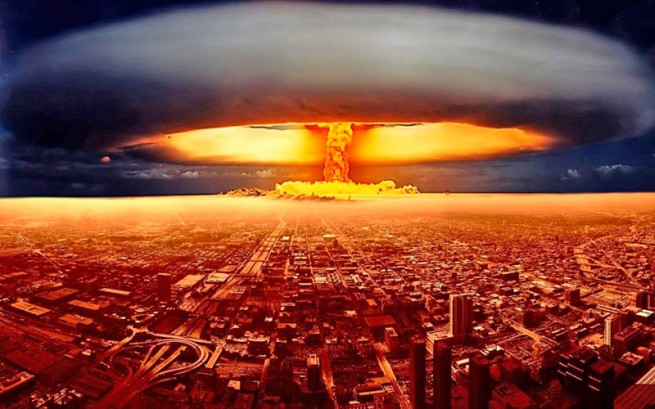 See also: Lukashenka: “We are on the verge of a world war”
The American physicist Robert Oppenheimer, who ran the Los Alamos laboratory during World War II and helped build the atomic bomb, once compared the two great nuclear powers to scorpions in a jar, “each of which can kill the other, but only at the risk of their own.” life.” The conflict in Ukraine has once again shaken up that scorpion jar in the form of Russia and the United States, which have come together in a proxy war on the Russian border.
One speaker at the conference claims that Ukraine will almost certainly win this conflict and expel Russian troops from all of its territory, including Crimea. Another adds that in such a scenario, President Vladimir Putin would view this humiliating defeat as a threat to the existence of his regime, and even Russia itself. In such circumstances, it is easy to believe that Russia will resort to nuclear weapons. Putin conducts military exercises, warns NATO that he is not bluffing. The United States itself has just confirmed its loyalty to the concept of nuclear deterrence and its readiness to resist any aggression from rival powers, including Russia and China.
That is, we again began the ominous psychological dance of nuclear deterrence and deterrence. It is well known to all those who lived in the era of the Cold War. But I came to Washington to meet with an activist who advocates better decision-making that could end life on earth. 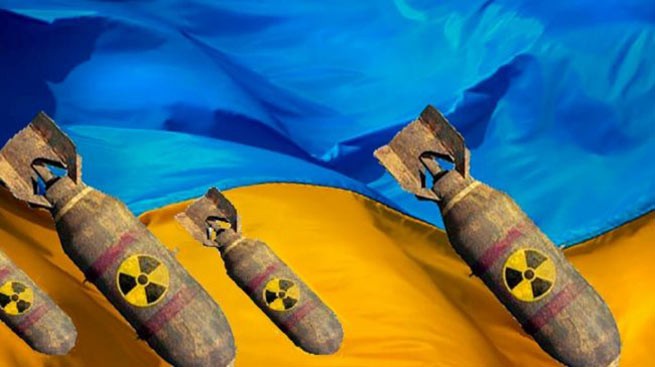 See also: The American Conservative: Ukraine is not worth a nuclear war
After resigning my presidency, I take a quick 30-minute walk around the city, going to another conference. It’s called Poptech. What is there just not there: a rhythm and blues playground, a yoga room, Himalayan salt lamps refreshing the air. The members’ clothing is much more colorful, and there is much more facial hair. Participants discuss anything from using data from the James Webb Space Telescope to building communication apps for sex workers. One of the leaders of Poptech is Moran Cerf, a 45-year-old Israeli neuroscientist who is a professor at Northwestern University. He chairs a meeting on rethinking national security policy. Cerf is dressed in frayed jeans and a plaid tank top, and he has a three-day stubble on his face. As a decision-making expert, Cerf is deeply concerned about the flaws in the protocols for the use of nuclear weapons by nine nuclear powers (US, Russia, China, Britain, France, Israel, India, Pakistan and North Korea). He advocates a revision of these nuclear launch rules. Over the past year and a half, he has interviewed dozens of nuclear weapons experts, military leaders and politicians from around the world, trying to figure out how to reduce the risks of a nuclear catastrophe. His documentary on the subject, Mutually Assured Destruction, will be released this year.
Cerf became interested in the nuclear threat during a discussion at the 2018 Poptech conference. Then two Nobel laureates spoke about the relevance of this problem – the Swedish lawyer Beatrice Fihn, who received the Peace Prize, and Barry Barish, who received it in physics. Cerf argues that humans perform very poorly under extreme risks such as nuclear war. From time to time, we may have a flash of concern because of this problem, but we quickly switch back to our daily activities and concerns. “Our brain is good when it lives in the here and now. But it’s hard for it to think about a catastrophe or about very risky and unlikely events,” he says. 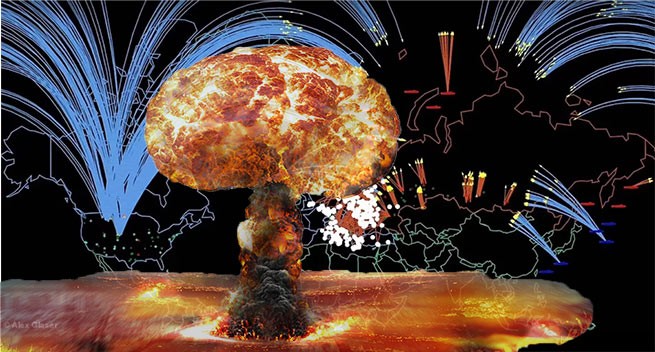 see also In the United States created a model of nuclear war between the United States and Russia
As the Poptech conference drew to a close, Cerf and I sat down to chat in the dimly lit hotel lobby. He told in English with a strong accent his biography. Born in Paris, raised in Israel, studied physics at Tel Aviv University. Being drafted into the army, he served in military intelligence, guarded the nuclear reactor in Dimona several times. He then became a white hat hacker, working for the cybersecurity firm Imperva, where he conducted penetration tests on banks and government agencies. Cerf’s life changed dramatically when he accidentally met the English biologist Francis Crick, who was involved in deciphering the structure of DNA. Later, Crick focused his efforts on the riddle of consciousness. He suggested that Cerf do the same and try to “hack” the most interesting safe in the universe – the human brain. “Quit your job and get on with the real thing,” Crick advised him.