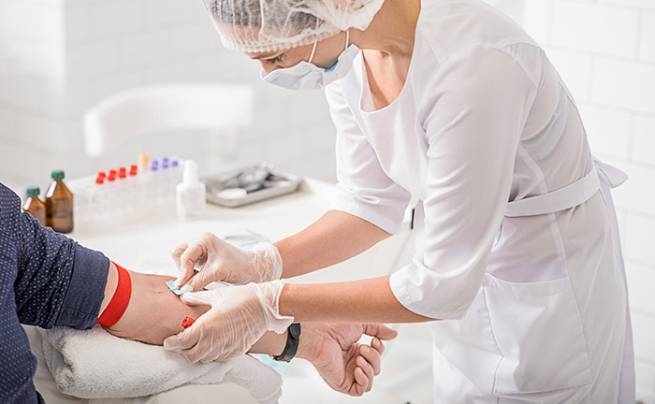 Experts estimate that approximately 400 million people in the world are at risk for liver cancer. American scientists have developed a blood test technique that detects a disease using artificial intelligence at the earliest stages.

The DELFI test detects the disease with 88% accuracy and 98% specificity. In people at high risk for hepatocellular carcinoma, the test has a sensitivity of 85% and a specificity of 80%. The latter indicator demonstrates the almost complete absence of false positive results, experts highly appreciate its prospects for screening large groups of people.

DELFI determines the presence of cancer by analyzing millions of DNA fragments for abnormal patterns, including the size and amount of DNA in different regions of the genome. Detection is carried out using artificial intelligence algorithms. The authors of the study specify that, at the same time, the test requires low-coverage sequencing, which makes the technology cost-effective. The DELFI test was originally applied in 2021 to successfully diagnose lung cancer.

Researchers led by oncology professor Victor Velculescu of the Johns Hopkins University School of Medicine and the Kimmel Cancer Center in Baltimore made the corresponding publication in the journal Cancer Discovery, as well as a paper at the American Association of Cancer Research conference, tested the test on plasma samples from 724 people from the US, Europe, and Hong Kong to detect hepatocellular carcinoma, a common form of liver cancer.

Every year, 800,000 cases of liver cancer are diagnosed in the world, this disease leads in the list of causes of death from cancer, 400 million people are at risk of this type of cancer due to cirrhosis and chronic diseases – viral hepatitis, non-alcoholic fatty liver disease and others. Dr. J. Velculescu says:

“Improved early detection of liver cancer could save lives, but currently available screening tests are underused and also miss many cancers.”

The researchers hope the new test could double the number of liver cancer diagnoses compared to the current blood test and increase early detection. The test is to be evaluated in clinical trials with a large number of people.

Dr. Velculescu founded Delfi Diagnostics, in which Johns Hopkins University is a shareholder, and participated in the development of a new test Greek explorer Dimitrios Matios, writes CNN Greece.