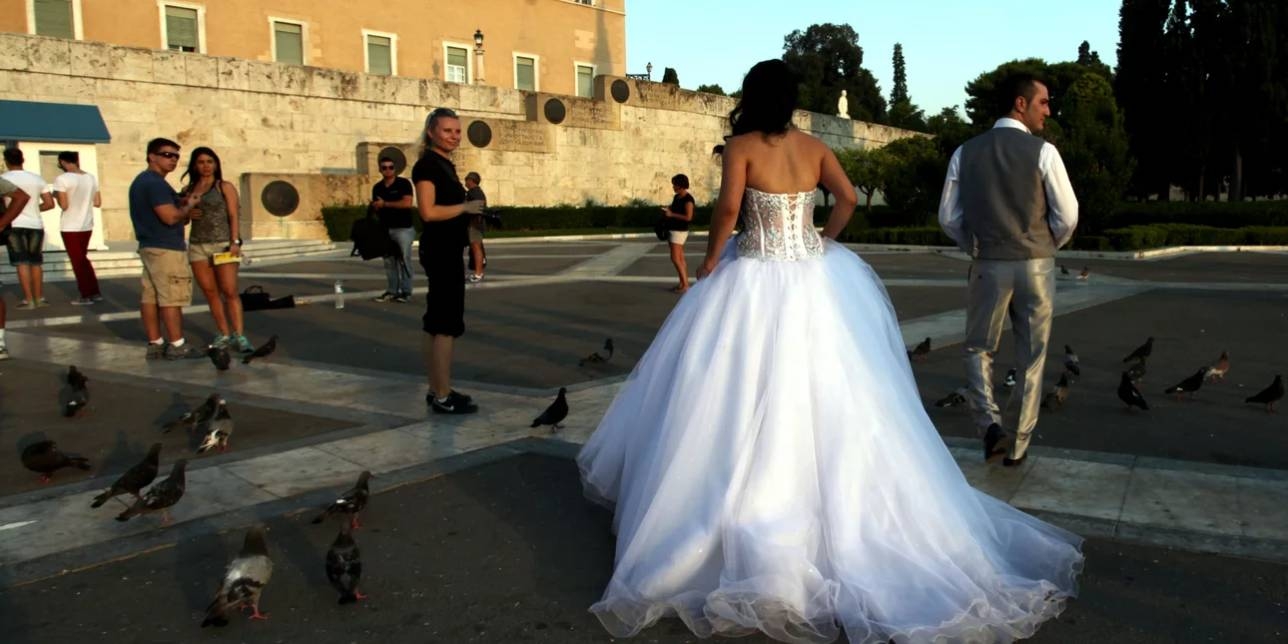 Since 1980, there have been significant changes in terms of attitudes towards marriage in Greece.

In particular, women begin to postpone the official legitimization of relationships, trying in every possible way to postpone the wedding and remain “free of obligations.” All this, of course, affects their reproductive functions – the birth of children. Primiparas are getting older.

This is the conclusion of the research program “Δημογραφικά Προτάγματα στην Έρευνα και Πρακτική στην Ελλάδα” (Demographic Research and Practice Projects in Greece) funded by the Hellenic Research and Innovation Foundation (HELIIDEK). The author of the study is Georgios Kontoyannis, Doctor of Demography at the University of Thessaly, Research Fellow at the Research Program (ELIDEK).

Regarding the total number of marriages:

Civil marriages, according to the same data, accounted for only 1/4 of the annual marriages until the mid-2000s. The trend of couples to choose a civil marriage (murals in the city hall) subsequently intensified, as a result of which this type of marriage now accounts for 45-50% of the total for the period 2011-2019. In 2020, it seems that the pandemic, according to research, has greatly influenced the choice of people (about 60% of marriages were civil), mainly due to restrictions imposed by the state, in particular the ban on crowds in the same room, distancing, etc. ( because of the coronavirus). So it looks like while the pandemic has discouraged many couples from getting married in 2020 and 2021, it hasn’t stopped them from getting married. cohabitation agreements.

As regards the average age of first marriage, it can be noted that it has been steadily declining from the mid-1950s to the end of the 1970s (25.4 years in 1956, but 23.4 years in the five-year period 1978-1982). However, since the beginning of the 1980s, the average age has been continuously increasing (for almost 4 decades), as a result of which, within two years of 2019-2020, women will marry for the first time in our country at the age of 30.5 years. which affects the number of offspring they will have, as the chances of conceiving and having children decline rapidly after age 35.

Mr. Kontoyannis says: “In the 21st century, marriage is no longer compulsory in the opinion of most women. It is worth noting that no more than 75 out of 100 women will marry for the first time among those born from 1980 onwards.

In addition, couples prefer either a civil marriage or a cohabitation agreement instead of a traditional religious marriage. Thus, both cohabitation outside of marriage (either in the form of a cohabitation agreement or outside of any formalized relationship), and childbearing outside of marriage, which have remained at very low levels in Greece throughout the 20th century, have gradually increased. Therefore, the structure of family relations is increasingly different from the one that was in our country in the past. Single parent families (single mothers) are on the rise, and more and more couples are dissolving their marriages.”