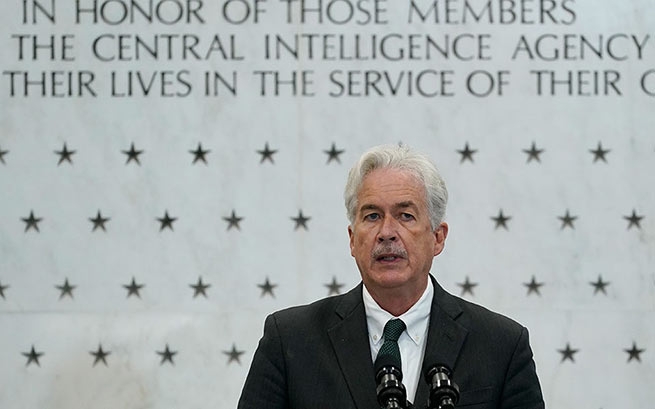 The head of the US Central Intelligence Agency (CIA), William Burns, arrived in Ankara today for talks with his Russian counterpart to convey a message about the consequences of Russia’s possible use of nuclear weapons, a White House official said Monday.

“He’s not negotiating. He’s not discussing resolving the war in Ukraine,” the official said ahead of the meeting on condition of anonymity, adding that Burns would also raise the issue of Americans under arrest in Russia.

The talks between the United States and Russia in Ankara were also confirmed by the TASS news agency, citing Kremlin spokesman Dmitry Peskov.

Earlier, the Russian newspaper Kommersant, citing its own sources, reported that Russian and US officials were holding talks in the Turkish capital Ankara amid ongoing tensions between Moscow and Washington over the war in Ukraine.

Kommersant did not provide details about the purpose of the talks, while noting that the Russian delegation, according to some reports, includes the head of the Russian Foreign Intelligence Service, Sergei Naryshkin.

The news of the talks between Russia and the United States comes as Ukraine celebrates the capture of Kherson in the south of the country, the biggest victory since the withdrawal of Russian troops from the region.

Ankara claims to be a mediator between Moscow and the West after Russia’s invasion of Ukraine. In July, she helped broker a deal to export grain from blockaded Black Sea ports.