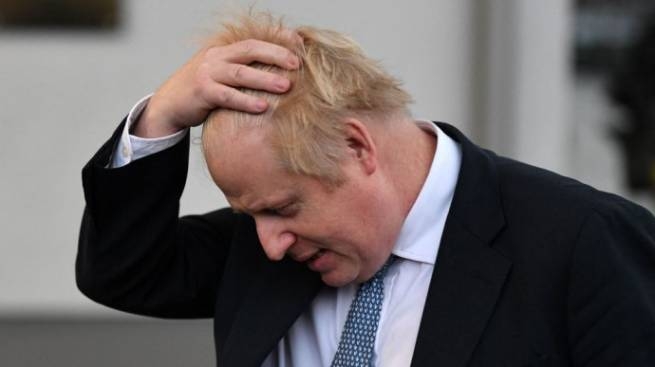 Former Prime Minister Boris Johnson decided not to run for the UK Conservative leader, announcing his withdrawal on Sunday.

As writes “European Truth”, Johnson said that there was enough support in the MPs, “passed a very high barrier of 102 candidates.” However, according to the British media, he believes that under the current circumstances it would “simply be wrong” to stand as a candidate and “it is impossible to effectively manage the government if you do not have a united party in parliament.” Johnson later explained the reason for withdrawing his candidacy:

“I also contacted Rishi [Сунаком]and with Penny [Мордаунт], hoping that we can unite in the national interest. But we, unfortunately, could not find a way to do this. So I’m afraid the best thing I can do is to keep my candidacy out of the way and support whoever wins.”

At the same time, the ex-premier plans to return to politics, without saying in what capacity.

Thus, two candidates now officially claim the post of leader of the Conservative Party of Britain – Rishi Sunak, the former finance minister, and Penny Mordaunt, leader of the House of Commons. Sky News, referring to its own data, reports that the first has secured the support of 144 deputies, while Mordaunt is supported by only 24, which is clearly not enough to nominate a candidate. The publication recalls that in order to receive a nomination before 14:00 Monday, a candidate needs the support of at least 100 deputies from the Conservative Party. After that, the next rounds of online voting will take place between the candidates. If only one candidate receives sufficient support from parliamentarians, he automatically becomes the leader of the Tories and the Prime Minister of Britain.

Thus, Rishi Sunak is the only possible candidate for the post of leader of the British Conservative Party. This is a 42-year-old ethnic Hindu who initiated a rebellion in the government, after which Boris Johnson was forced to resign. Polls show that the British are more positive than vice versa.

Recall British Prime Minister Liz Truss on Thursday announced her resignation after six weeks in office. Until October 28, the Conservative Party is preparing to announce the name of the new leader and, accordingly, the head of government.