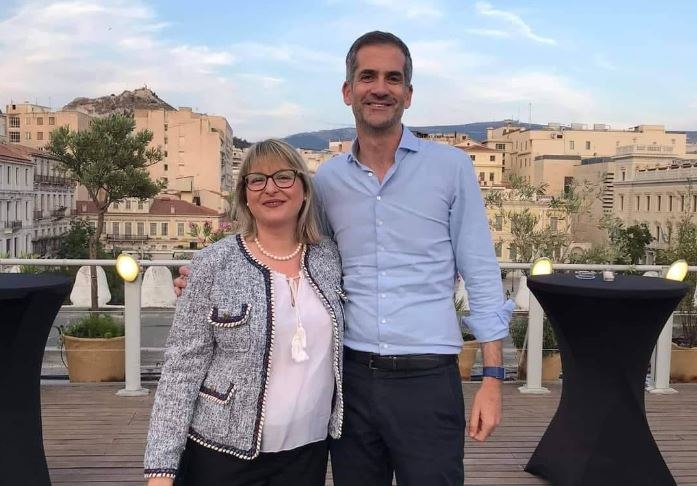 Sources in the municipality of Athens claim that under the circumstances, the accused’s wife cannot continue to perform her duties. For this reason, since Monday morning, the collective bodies in which she was a member were demanded her resignation, and today, by the decision of the mayor Kostas Bakoyannis, she was expelled from the municipal faction “Αθήνα Ψηλά”.

Regarding family support 12-year-old girl who became a victim of a pedophile networkthen from the first moment the social services were mobilized and are on her side, providing all kinds of support.

It is noted that the wife 53-year-old criminal and rapist Ilias Mijas, Elissavet Lekka, is an elected councilor and deputy chairman of the 4th community of the municipality of Athens in the faction of Mayor Kostas Bakoyannis. Her suspension and dismissal from a municipal position is connected with a complaint filed against her for hiding her husband, accused of raping a minor and pimping.

Nasos Iliopoulos, spokeswoman for SYRIZA and municipal councilor – head of the Open City faction, also demanded her removal from her post. “The accused’s wife cannot remain where she is while she is accused of trying to cover up a crime,” Mr. Iliopoulos said after a complaint from the girl’s mother.

According to her, when she learned about the nightmare that happened to her daughter, contacted the wife of a “pimp”, a man who raped and turned a child into a prostitute, she, not at all surprised at the charges against her husband, only asked “not to tell the authorities anything.” to keep your family from falling apart.”