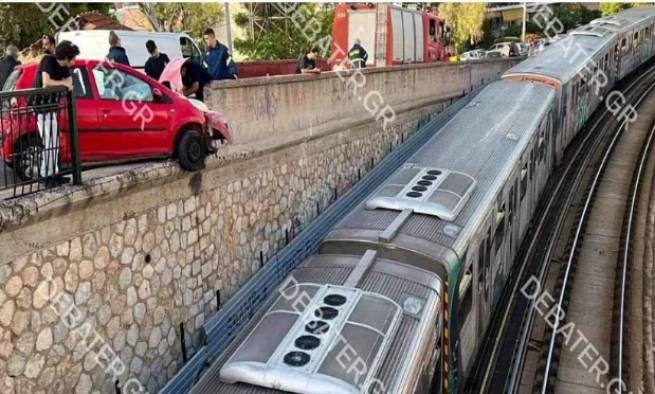 According to ΣΤΑΣΥ, as a result of yesterday’s traffic accident, the car crashed into a metal fence on the section of the Kifisya-KAT road (Κηφισιά – ΚΑΤ), its elements fell onto the rails.

At this time, writes newsbeast.gr, a train with passengers was passing in the direction of Piraeus, which immediately stopped, and at 17:30 all people had already been evacuated. There were no reports of injuries. ΗΣΑΠ specialists are investigating the condition of the railroad tracks. The car could well fall on the train, or the train could derail as a result of their damage. Only a miracle helped to avoid a possible catastrophe, as the video shows.

Train traffic between Irini and Kifissia stations was suspended. The fire brigade arrived to help, passengers were taken by bus to the Irini station.

The driver of the vehicle is in a satisfactory condition, but survived the shock. A 22-year-old man said that a car blocked his path, as a result of which he was forced to turn onto the fence, reports Debuber.gr.