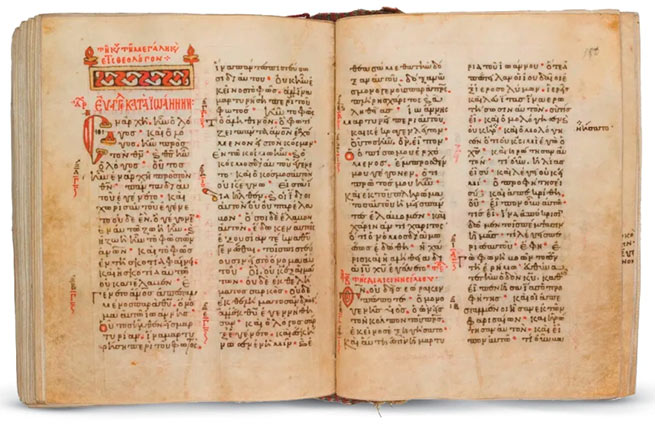 The novel-style story, reminiscent of Dan Brown’s books, had a happy ending for Greece, the church, and the faithful.

The stolen gospel, according to the publication Πρώτο Θέμα, has already arrived in Greece from the Museum of the Bible in Washington in the strictest secrecy. It is reported that in August 2022, according to the act of transfer signed by the Ecumenical Patriarch, it was received by an employee of the Ministry of Culture and, accompanied by police, delivered to the monastery to which it belongs.

The official ceremony will take place on September 29 meetings in the presence of Archbishop Elpidophoros of America as a representative of the Ecumenical Patriarchate, and the event will be dedicated to the blessed Metropolitan Pavel of Dram, whose lifelong vision was the return of stolen manuscripts. Two days earlier, the founder of the Museum of the Bible Steve Green, whose private collection contained the returned Gospel, will travel to Istanbul.

The parchment gospel, stolen from the monastery of Ikosifoinisis, is one of the oldest surviving Greek manuscript gospels in the world. Miniature, it includes lithographs of the Evangelists and is written in two columns of 27 lines each.

Lost for a century

The investigation of the journalists of “Πρώτο Θέμα”, which began in 2020, was not easy, since the book’s travel route crossed many countries and dates back more than 100 years. The Ecumenical Patriarch entrusted the issue of cooperation with the Museum of the Bible to Archimandrite Agafangelos Siskos, who informed “Πρώτο Θέμα” that “the orphaned manuscript is returning to its mother, the monastery.” He emphasizes that the return of the Gospel is considered, in a sense, a “little stone” for the return of other relics, even for the return of the Parthenon marble. This was preceded by the repatriation in 2016 of a priceless 10th-century historical manuscript known as Codex 1424, which was in the possession of the Lutheran Theological School of Chicago.

The two returned manuscripts make significant contributions and exemplify the ongoing process with Princeton University, from which four manuscripts are being reclaimed. A precious relic, an 11th-century Gospel of inestimable value, was stolen by the Bulgarian occupation troops during the First World War. The parchment gospel, one of the oldest surviving Greek manuscript gospels in the world, is miniature, includes lithographs of the Evangelists and is written in two columns, 27 written lines in each column, measuring 18.1 x 14 cm. The gospel was stolen from the Holy Monastery of Panagia Ikosifoinisis, located near Serres and Drama.

The precious 1000-year-old gospel was returned to its owners after a long journey around the world, beginning with the Bulgarian occupying forces on Mount Pangeo and ending many years later at a Christie’s auction at the Museum of the Bible in Washington. The curator of the museum noticed some marks on the manuscript, and so the “tangle” began to unravel. The gospel is one of 900 valuable relics stolen at that time by the Bulgarian occupation troops. 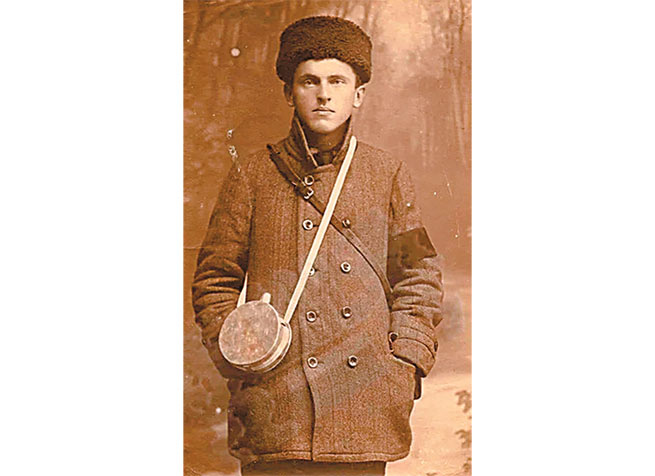 Bulgarian soldier Vladimir Sis, who stole and sold the Gospel

The story begins in March 1917, when Bulgarian soldiers ransacked the historic monastery of Panagia Ikosifoinissa, built at a height of 753 meters on the northern side of Mount Paggaio. The raiders took out the entire monastery library, which contained more than 430 manuscripts and 470 church items (icons and liturgical vessels). According to church sources, an important role in all this was played by the Bulgarian soldier Vladimir Sis, who had knowledge in the field of codicology. He is said to have visited the monastery in 1916, where he was received. There he compiled a catalog of relics. A year later, the manuscripts were stolen by Bulgarian soldiers, assigned to the target unique manuscripts, which were found in 2019-2020 in antique bookstores in the Czech Republic, and then in Germany, some of which Sis allegedly sold.

On the back cover of the Gospel, the Bulgarians wrote the initials “MK”, ​​which means Manastir Kosinitsa. As the then abbot of the Ikosifoinissis monastery wrote in his diary: “March 27, 1917, Holy Week, the Passion of our Lord Jesus Christ and the monks. On Holy Monday at 14.00, the Bulgarian leader Panitsa arrived at the monastery with all his famous brave men and Vladimir Sis, an Austrian archaeologist, Bulgarian citizen, professor at Sofia University (at least he himself gave such recommendations when he worked in the library of the monastery and excavated ancient monuments in Philippi).

After the end of World War I, Sis and his wife began selling some of the relics they had stolen from the monastery. In 1920, a German antiquarian book dealer appears who sells a book to a German Jew, who soon dies. His widow sells the property, and the gospel book ends up in a Lutheran training institute in Chicago. From there – to the library of Princeton University. In 1958, the book was again put up for sale by the world’s largest antiquarian Hans Peter Krauss, but the gospel disappeared again, this time until 2011, when it was acquired by the Green collection at Christie’s. 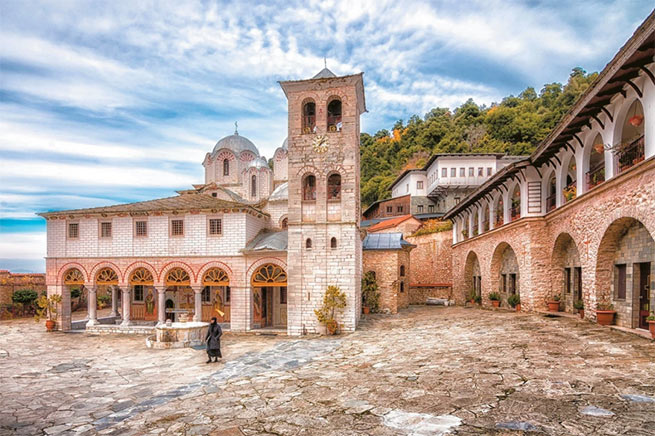 Since 2014, the Gospel has belonged to the private collection of the then-nascent Museum of the Bible, where it was identified by the museum’s curator. In the course of research, museum curator Brian Hyland discovered marks on the manuscript confirming that it belonged to a list of those publications and objects that were stolen from the monastery in 1917. Subsequent research confirmed the identity of the parchment as “Manuscripts of Eikosiphoinissa 220”.

Following this development of events, Dr. Jeffrey Kloa, Chief Curator of the Museum of the Bible, on June 20, 2020, sent a letter to the Ecumenical Patriarch Bartholomew, in which he announced that within the framework of cooperation between this museum and the Ecumenical Patriarchate, a decision was made to return the manuscript to the Eikosifoinisis Monastery.

During a meeting with the Ecumenical Patriarch, Dr. Kloa stated that “disclosing the history of this manuscript has not been easy. Our curator, Mr. Hyland, conducted an intensive investigation to trace its sad past, confirm its identity, and locate it back to 1958.” In addition, it is reported that the Ecumenical Patriarch, in a letter sent to Geoffrey Kloa on August 31, 2020, expressed his gratitude for this action, stating that it represents an act of restoring the legitimate cultural heritage of the patriarchal and crusading monastery of Our Lady of Ikosifoinissa.

Among other things, he stressed that “it is a real blessing for the monastic brotherhood and the entire Christian world to see how the religious treasures that were taken out of the monastery are officially returned to their natural place and used for the spiritual edification of believers, as well as researchers of history and art” . On October 16, 2020, the Museum of the Bible officially announced its decision to return Evangelistion 220 to Ikosifoinisi Monastery.