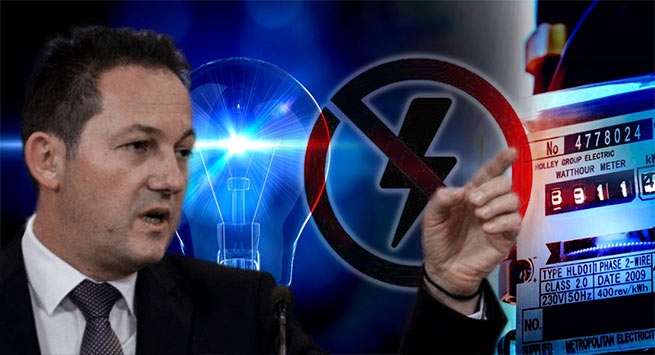 The words of Stelios Petsas, “He who cannot afford to change a gas burner will die”, may prove prophetic, despite their absurdity.

The shocking “prophecy” of the Deputy Interior Minister of Greece was made on the morning of Tuesday, September 13, when Stelios Petsas bluntly stated that “everyone who can’t afford to change a gas burner will die.”

The Mitsotakis government’s sanctions against Russia are putting citizens in a position to reduce electricity consumption by 3-4 hours a day. Which means: 3-4 hours a day there will be a power outage with all the ensuing consequences. Recall that such a “fate” is destined only for countries declared “unfriendly to Russia.”

European energy ministers will meet on September 30 to consider proposals from the European Commission to help citizens and businesses cope with rising energy prices. One of them is the “mandatory reduction” in energy and electricity consumption. According to Reuters, the news was released today by Czech Industry Minister Josef Sikelu, who tweeted:

Earlier, Bloomberg reported that the European Union is ready to propose a binding target to reduce electricity consumption – one step ahead of rationing – along with measures to channel energy companies’ profits to consumers.

This proposal, included in the draft to be presented by the commission, includes a tax on excess profits of companies. The excess profits tax commission’s proposal is described as “temporary” and “exceptional” and applies to oil, gas, coal and refineries based on their profitability in the 2022 tax year.

With regard to energy savings, this proposal establishes two goals:

However, it is not clear how Member States will achieve this goal, which is expected to will be mandatory. The new proposal will be presented at the end of this week, a few days after the extraordinary meeting of the countries’ energy ministers EUwhich ended without an agreement on limiting Russian gas, since Russia stopped the work of Nord Stream and made this measure virtually meaningless.