Government spokesman Yiannis Ikonomou called the arrest of two Greek tankers by the Islamic Revolutionary Guard Corps “completely unprovoked”avoiding any connection between Russian tanker with Iranian oil, Which was seized in favor of the USA.

During another media briefing, Mr. Economou was asked what caused this result, and he replied: “The Greek government has informed our partners and allies in all international forums, all ships sailing in the vicinity have been informed to adapt to this unacceptable situation and reality shaped by these unacceptable tactics of the Iranian government. This is a completely unprovoked and illegal action, which is why we have taken and continue to take all necessary measures from the first moment.”

What Ikonomou said about Iranian oil

When asked if our country would return the Iranian oil confiscated in Karystos by a Russian vessel, which is allegedly the reason for the arrest of Greek tankers by Iran, government spokesman Yannis Oikonomou replied, that there is no such intention because the seizure was lawful.

“Any actions related to Iranian oil interests were carried out on the basis of international conventions and decisions of the UN Court, which were not opposed by the parties concerned. There was an opportunity to appeal (and what, would that help?), but they did not. Based on the international conventions that the country has signed for three decades and the decision of an independent judiciary, there has been a confiscation of Iranian oil,” Mr. Economou said.

It is noted that Athens is accused by Iran of confiscating the cargo of a Russian ship in Karystos with the intervention of the United States before EU accepted the sanctions applied by the Americans.

According to the NYT, Iran’s goal is really to send a signal to the West and Joe Biden (with Greece acting as the whipping boy in this case).

It is noted that the Ministry of Shipping urged ships flying the Greek flag when sailing in the Persian Gulf, Strait of Hormuz, Gulf of Oman, sail as far as possible under Iranian jurisdiction.

After armed capture of two tankers under the Greek flagPrudent Warrior” and “Delta Poseidon”) on Friday, Iranian media published a warning on behalf of the Islamic Revolutionary Guard Corps, saying that 17 Greek ships are currently in the Persian Gulf and they can confiscate them.

The official Iranian Port Authority (PMO) issued a milder statement: they said the official reason for the seizure of these ships is that they committed “marine violations”, without giving any details. The issue is being investigated “on the basis of evidence and documents.”

The PMO noted that the crews of the two ships were not arrested and are in good health. “They are on their ships in accordance with international law and are provided with the necessary services,” the Iranian port administration said.

According to the Greek edition cathimerini, both captured Greek ships were delivered to the port of Bandar Abbas on the southern coast of Iran in the Persian Gulf. Crew members are healthy. They were given back their confiscated cell phones and were allowed to contact relatives and employers over the weekend.

Meanwhile, according to ERT, it is said that oil – its cargo can already be transshipped …

On board Prudent Warrior there are 23 people: 15 Filipinos, seven Greek sailors and one Cypriot. A senior executive at Polembros Shipping, which owns the ship, said Iranian port authorities boarded the tanker on Saturday and there were no complaints about their behavior towards the crew.

On the Delta Poseidonoperated by Delta Tankers, has 21 Filipinos and two Greek sailors. 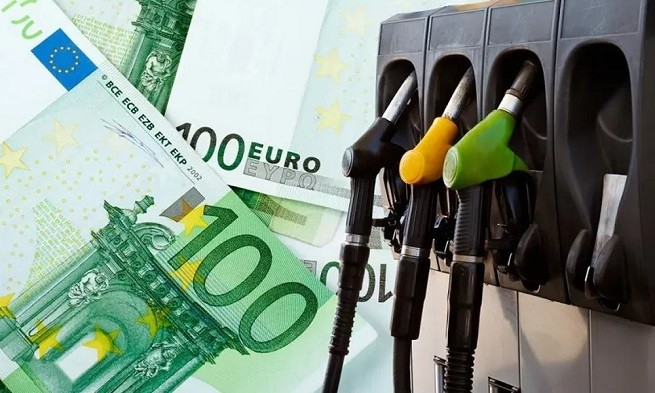 PS It looks like Washington once again chose Greece as a “whipping boy”, forcing “to drag other people’s chestnuts from the fire” …

And at this time, the price of gasoline at gas stations in Greece is growing rapidly, amounting to 10% per day and, according to experts, by the end of the week it can reach 3 euros per liter.

Such an increase in prices will affect all sectors of the economy in a short time, sharply accelerating price growth and significantly slowing down the expected arrival of tourists (or sharply reducing profitability for those companies that have already sold tours), which can lead to the collapse of the country’s economy…