This material was first published in 2015 and immediately caused a lot of negative emotions in the Greek church (and not only) circles, because it touches on one of the most painful topics for any Greek – misappropriated real estate …

The Russian Federation, as the successor of the Russian Empire, owns a large number of real estate objects around the world, as well as in Greece. Due to various reasons, many properties in the years that followed after October 1917 changed hands, often in a not entirely legal way.

According to the Accounts Chamber, the value of the foreign property of the Russian Federation is $300 billion (according to the estimates of the English private agency Pinkerton – up to 400 billion in 1992 prices, the difference between the current US dollar and the 1992 dollar is approximately 2.5 times). In the register of the Ministry of State Property in 2002 there were 3643 real estate objects located in 120 countries. These are land plots (with an area of ​​600.2 million square meters), and natural objects, and various real estate: observatories, military bases, territories of embassies and trade missions, objects of scientific, cultural, religious purposes, residential buildings and office space.

More than 90% of real estate objects are intended for the needs of the diplomatic corps, trade missions and representative offices of the Russian Federation for scientific and cultural cooperation.

Where, one wonders, so much goodness? The fact is that the Russian Federation is the legal successor of both tsarist Russia and the USSR, which means that it has inherited what has been accumulating for centuries. True, not all countries recognized this right of inheritance, in addition, many evidence of ownership rights disappeared. Currently, funds are allocated from the federal budget for the search and return of lost foreign objects of the Russian Federation – all these “new-old” acquisitions are carefully entered in the Register of Federal Property. For example, in the period from 2005 to 2012, Russia returned 163 objects – this is almost 37,000 m².

In addition to a huge amount of its own land and real estate abroad, Russia is subject to several more territories with different legal status. For example, the city of Baikonur, together with the cosmodrome, is rented by Russia from Kazakhstan, and the polar village of Barentsburg on the Norwegian archipelago of Svalbard is in economic use by the Russian Federation according to the Svalbard Treaty of 1920.

And what belongs to the Russian Federation in Greece?

The building of the “old” Russian embassy in the center of Athens.

It turns out, not so little. For starters, the old building of the Russian Embassy in Greece, built at the end of the 19th century and located next to the presidential palace (Megaro Maximo) in the center of Athens. The building and territory of the new embassy of the Russian Federation, located in the prestigious Psychiko district, with an area of ​​​​about 6000 m2 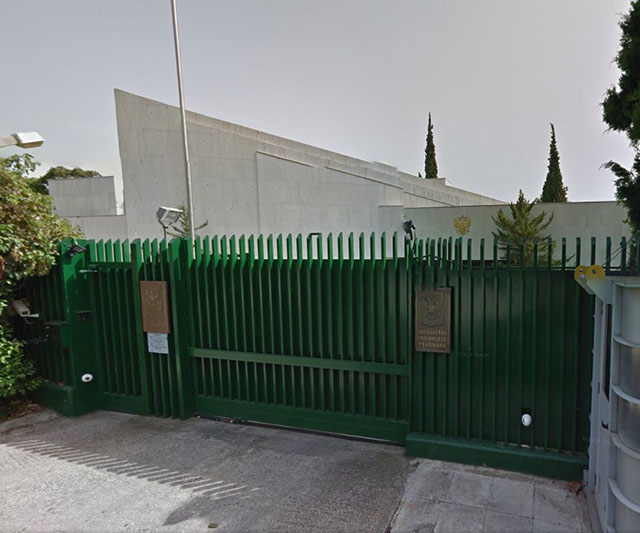 The territory of the “new” Russian embassy in the Psychiko area.

The territory of the “new” Russian embassy in the Psychiko area.The consulate building and its surrounding areas, where the cultural center, the embassy school and the leased area, which hosts the central office of Vodafone in Greece, are located, more than 40,000 m 2 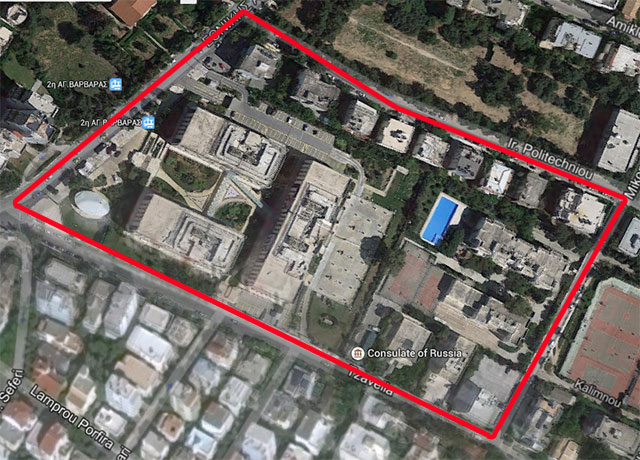 . But that’s not all. At one time, the Russian Empire in Greece had a lot of land and buildings, which in the years after the October Revolution of 1917 often passed into other hands in a not entirely honest way. 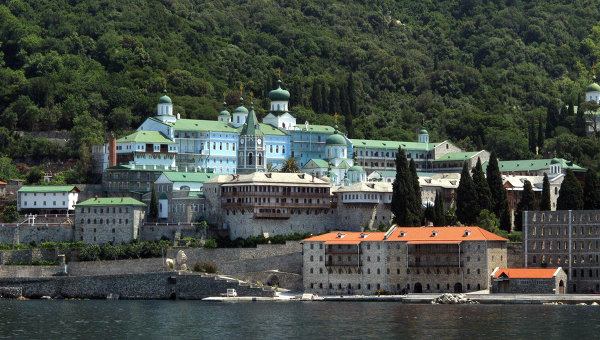 , several other sketes and cells on the Holy Mountain. Do you think that because of the holiness of the place, nothing is sold or bought there? You are mistaken, there is a price for every square meter, for every pebble, which is quite comparable with the prices for the most prestigious real estate in world capitals. For there are many capitals, but Athos is one. So, all these territories some time after the revolution, due to the lack of interest of the young Soviet state in the objects of religion, became the property of the Greek state.

Ilyinsky skit. Founded by Paisius Velichkovsky, now assigned to the Pantokrator monastery.Skete of the Virgin Xilurgu (Treemaker). The oldest Russian monastery in the world, now 3 monks live here, headed by Hieromonk Nikolai (Generalov).The total area of ​​all objects of Athos, which previously belonged to Russia, is much more than 100,000 m 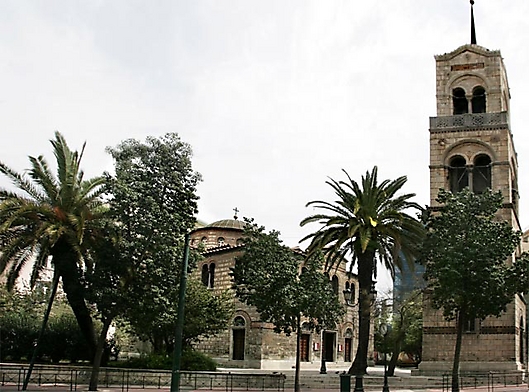 In addition, it should be noted that the monasteries also owned other land plots outside Athos. Information about this is not yet available.

When I was in different parts of Greece, I happened to hear stories from local residents that this or that territory belonged to Prince Potemkin or some other Russian nobleman (for example, the territory near the Peter Monastery near Karditsa). I did not find data confirming this information, but it is quite possible that someone who is particularly persistent will be able to confirm this information. Russian embassy church in Athens Russian embassy church in AthensOn the Greek territory of Russia at one time belongednursing home*** with land and church in Argiroupoli area, plot size over 3000 m 2.Russian embassy church in the center of Athens now owned by the Archdiocese of Athens of the Greek Orthodox Church, the site, not counting the historical value of the building, was more than 2600 m2 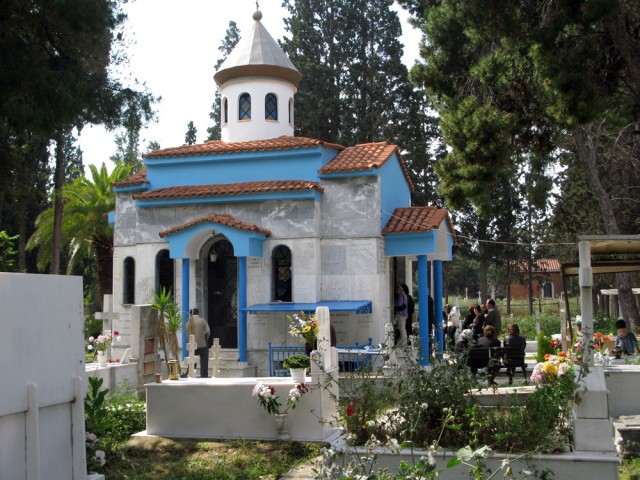 , after the Second World War, became the full property of the Greek state, after which many graves were destroyed, the remains were thrown away, and local residents were buried in their place. But the heroes of the war and their heirs were buried there. Still, if you consider that for the price of two or three square meters in this cemetery you can buy a decent car …. The total area of ​​the site was about 3000 m 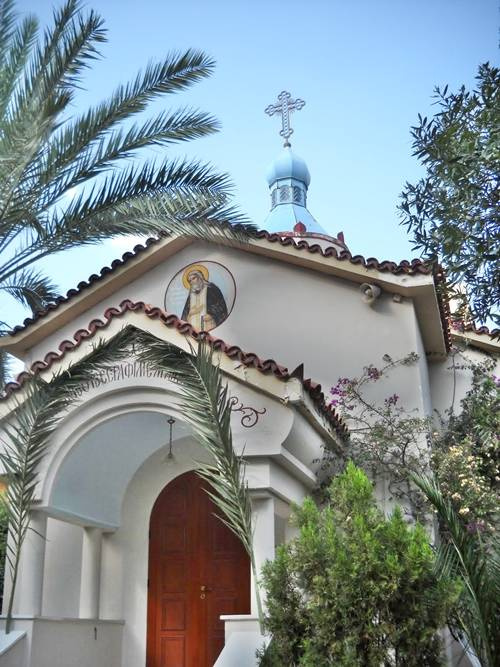 Also, researchers of this topic need to understand that in Greece, unlike the same Russia, on the territory of which numerous wars and revolutions took place, almost all documents on property and land plots are still stored in the archives, starting from very ancient times.