Today is exactly a month since the war began in Ukraine, and there is an active debate in the world about the use of nuclear weapons, as well as about the third world war… What will happen to Greece in this case…

Russian Foreign Minister Sergei Lavrov warned of “nuclear and catastrophic” consequences of World War III. Russia’s top diplomat has for years warned of the possibility of a third world war, TASS reported, saying it would be catastrophic.

According to US President Joe Biden, a third world war would be the only alternative, short of Washington’s tough sanctions against Moscow. Asked if he was surprised by the imposition of sanctions against athletes and journalists, Lavrov replied that Russia was ready for any “punishment” imposed on it.

Biden also argued that “dictators” like Vladimir Putin should “pay the price” for invading another country during his speech Tuesday night.

The US president’s statements have ignited the world war debate just hours before a month has passed since the Russian invasion.

Who will take part in the third world war?

What do we mean when we talk about World War III? In the unfortunate scenario in which we are facing a third world war, who will fight with whom, and in which “camp” will Greece end up?

The correlations that are expected to be generated are of great interest.

According to the analysis of Digital Mentor for Education & Recruitment, not all countries of the Earth will take part in the third world war.

Most countries in South America, Africa and Oceania, and a large number of Asian countries will not go to war with each other. The reason World War II affected so many countries was because they were then ruled by colonial powers.

One “group” will consist of the United States, which will support Ukraine, on their side will be the European Union, Israel, Canada, Japan and Saudi Arabia.

Naturally, Greece, as a member of the European Union, in this situation will take the side of the US team.

The rival “group”, of course, will be Russia, with China, Iran, and North Korea as allies.

Potentially, nuclear-weapon states such as India, Pakistan and Saudi Arabia could join the parties.

How will World War III end?

According to the Digital Mentor for Education & Recruitment website, there are four scenarios for the end of the world war, these are the following:

However, in reality there can be only 2 scenarios

Of course, all reasonable people believe in a diplomatic way of resolving the conflict, since no one really wants to see a war between the great powers that will be the end of our civilization. 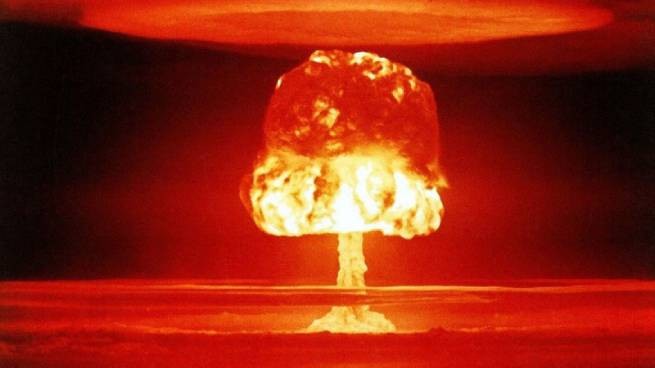 The author turned to the situation around Ukraine and suggested what the consequences could be if the current crisis between Russia and Ukraine spills out beyond the borders of the countries, to a war between Moscow and the United States.

“If the conflict spreads beyond the borders of Ukraine, NATO will enter into hostilities, and a major war will break out with the involvement of nuclear forces and the real danger of using nuclear weapons,” the scientist warned.

Helfand noted that Russia has 3,500 nuclear weapons, the US has 1,750 ready-to-use warheads, and Washington’s NATO allies France and Britain have another 400. According to the scientist, an explosion of a 100 kiloton nuclear bomb over Moscow will lead to 250,000 victims, a similar strike on Washington will cause the death of 170,000 people.

However, the conflict will not be limited to single events, and larger warheads will be used. “Russian SS-18 M6 missiles with 460 thermonuclear charges have a yield of 500 to 800 kilotons, and the W88 warhead installed on American Trident submarines is 455 kilotons,” the author specified.

Citing a 2002 report, he claimed 78 million US casualties in the first half hour if Russia uses even 300 warheads. Almost the entire infrastructure of the country will also be destroyed: transport, medical, food facilities.

“Within months of the attack, the vast majority of the US population will die from starvation, radiation sickness and epidemic diseases,” Helfand warned.

A similar blow to Russia threatens with the same consequences. If other NATO countries are involved in the war, then there will be destruction in Canada and European countries. “Global climate change will be even more catastrophic,” the scientist continued.

A nuclear war would release 150 million metric tons of soot into the upper atmosphere, bringing the global average temperature to minus eight degrees. In the interior of North America and Eurasia, 50-degree frosts should be expected – a level not seen since the ice age. As a result, most of humanity will die of starvation, as food production will be catastrophically reduced.

“Even a more limited military conflict involving just 250 warheads with a yield of 100 kilotons could reduce the average global temperature by 10 degrees, and that would be enough to trigger an unprecedented famine,” Helfand said.

This will lead to the end of modern civilization, stressed the Nobel laureate. The enormity of the risk inherent in the current psychological duel between the US and Russia requires a fundamental change in their attitude towards each other, as well as in the equally tense US relationship with China.

He called nuclear weapons a threat to the survival of mankind and called for an end to the “shootout game”. Helfand pointed to the need to resolve the current crisis through diplomacy rather than relying on luck.