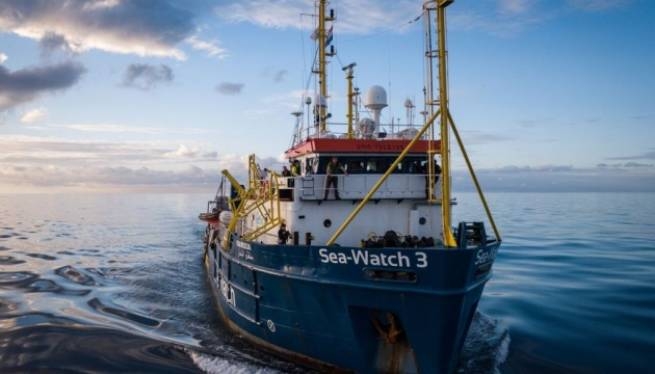 After bringing 427 migrants to the coast of Italy last weekend, authorities arrested the Sea-Watch 3 in the south of the country, in Reggio di Calabria.

It carried out search and rescue operations for migrants in the Mediterranean and it is not yet clear when it will be able to resume its mission, according to the German NGO Sea-Watch. Her spokeswoman, Mattea Weihe, called the actions of the Italian authorities politically motivated and expressed concern that the ship could be laid up for too long.

Court in August EU demanded to limit the practice of detention of NGO ships, which has become too frequent lately. Italian authorities said the Sea-Watch 3 took in too many migrants during its last release. Sea-Watch board member Johannes Bayer comments:

“The absurd argument that we saved too many people implies that we should probably have let people drown. A few days before the parliamentary elections, the Italian authorities are stepping up the criminalization of immigration and rescue operations at sea by non-governmental organizations. They are once again trying to prevent us from protecting the right of all people to safety and life by irrational methods. But they will not succeed, because we will continue our work and fight even harder.”

The lawyers representing Sea-Watch are making an incredible effort to get the ship sailing as soon as possible. Organizations involved in search and rescue operations are increasingly worried about tomorrow’s elections in Italy, as opinion polls show the conservative alliance is heading for a clear victory.

Coalition parties are already saying they will crack down on non-governmental organizations by reimposing laws preventing their ships from entering Italian ports and talking about a naval blockade off the coast of North Africa. CNN Greece.

Our publication previously reported that last Thursday in the marine area of ​​Greece, 65 nautical miles southwest of Pylos, a large-scale rescue operation vessel with 92 illegal migrants on board.