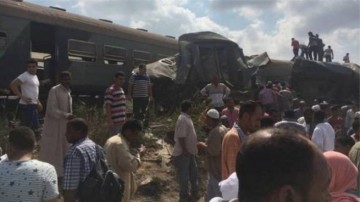 Today’s train crash as a result of a collision with another train near the Egyptian city of Sohag led to the death of 32 people, another 66 were injured, according to Reuters, citing the country’s Ministry of Health. The Minister of Health said that 36 ambulances were immediately sent to the scene of the accident, […]