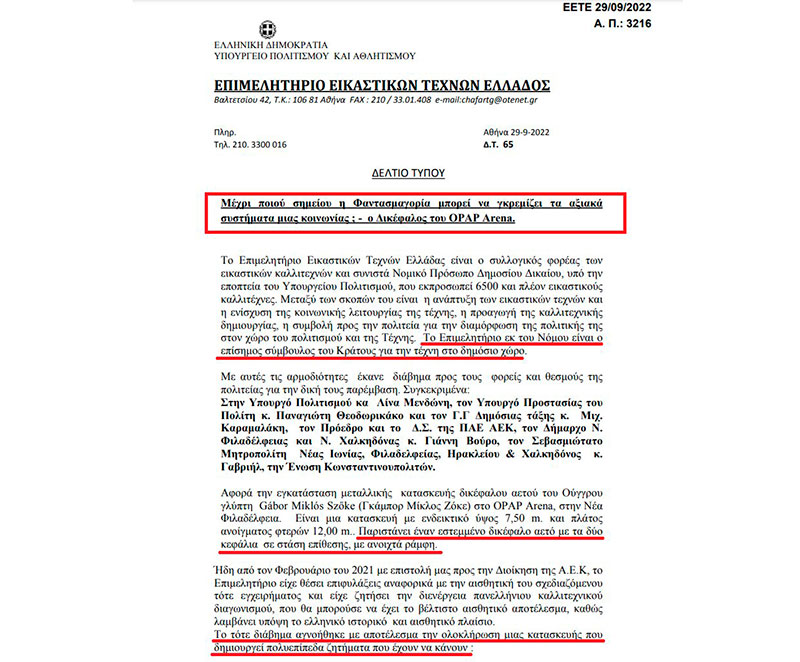 The government body calls the double-headed eagle, the symbol of the AEK team, “nationalist” and that it evokes “feelings of irredentism” among the Greeks (i.e. oblivion of the lost homelands) and will be considered by the Turks as an insulting symbol! The Hellenic Chamber of Fine Arts, which is overseen by the Ministry of Culture, […]

Minister of the Interior Makis Voridis announced the obligations of state bodies, private companies, as well as households, in connection with March 25, regarding the national symbol of Greece. The need to fully comply with the obligations regarding the status of the national flag, raised both in public and municipal buildings, and in private companies […]