Against the background of yesterday’s incident with a child in the metropolitan area of ​​Varkiza it became known about another incident that occurred on September 16 with children and a school bus. Poor parents thought their girls had been kidnapped when the bus didn’t bring the little first graders home after school: “We lost the […] 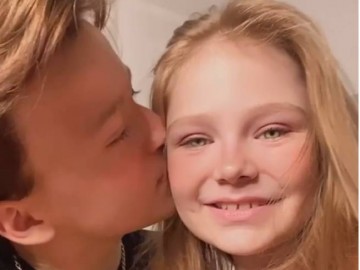 Millions of subscribers following the romance of 13-year-old Pasha Pai and 8-year-old Mila Makhanets are now following the development of events with no less interest. Will parents of minors incur any punishment for posting provocative pictures on the network and other actions that caused a scandal in society? Understood Strana.ua. The scandalous incident was reacted […]