The Ambassador of the Russian Federation to Greece Andrei Maslov presented the former alternative Minister of Defense of Greece, Konstantinos Isyhos, a commemorative medal dedicated to the 80th anniversary of the beginning of the Second World War. Konstantinos Isichos received a commemorative medal from the organizing committee “Victory” under the President of the Russian Federation. […] 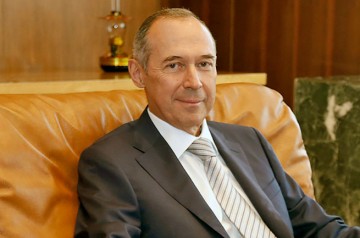 On March 25, Greece celebrates the 200th anniversary of the beginning of the national liberation struggle, which ultimately ended the centuries-old Ottoman rule. On the role of Russia in gaining independence by the Greeks, as well as on modern relations between our countries in interview to “Parliamentary newspaper” told the Ambassador Extraordinary and Plenipotentiary of […]