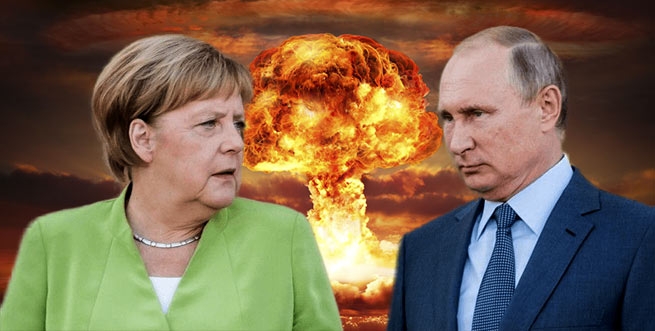 Former German chancellor Angela Merkel is sounding the alarm about Vladimir Putin’s warning to the West about the use of nuclear weapons in his dramatic speech announcing a further escalation of the conflict. “The West should take Putin’s words seriously and not dismiss them as a bluff,” Merkel told NATO and EU, emphasizing the need […]

The German chancellor is mastering the technology of bad “leaders *”, and his predecessor is ready to help the youth “who can not cope.” Former German Chancellor Angela Merkel announced her readiness to become a mediator in a peace settlement between Russia and Ukraine. The politician explained to the RND journalist that she “does not […] 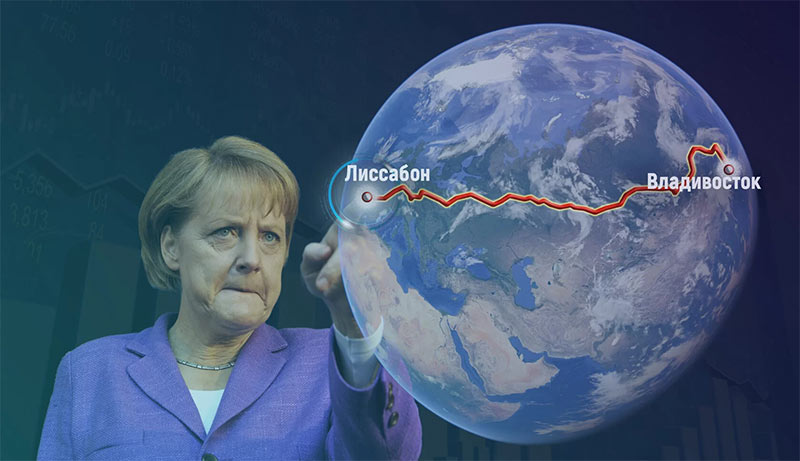 It’s hard to imagine now, but back in 2016, Angela Merkel spoke about a single economic space from Lisbon to Vladivostok. How sincere Madame Chancellor was at that moment is a moot point, but the idea itself was expressed, as we see, at the highest level and did not scandalize anyone. The idea of ​​a […]

Former military-political adviser to the ex-Chancellor of Germany Angela Merkel, retired brigadier general Erich Wad spoke out against the supply of heavy weapons to Ukraine. Such supplies are potentially “the road to a third world war,” he said. In addition, according to Wade, using complex weapons systems, such as a Leopard battle tank or a […]

Angela Merkel received official notification from German President Steinmeier her term as German Chancellor has expired. Ms Merkel is now acting as an interim until her successor is elected. https://www.youtube.com/watch?v=UZVC9CCLkXg Most likely, Olaf Scholz, leader of the Social Democratic Party of Germany, will become the new chancellor, RIA Novosti writes. His party won the September […]

German Chancellor Angela Merkel is likely to visit Athens at the end of the month, media reported on Sunday. This will be one of Merkel’s last visits abroad before she steps down after 16 years in power. Last time Angela Merkel came in Athens in January 2019. The German press described Merkel’s trip as an […]

Angela Merkel visited the Marlow Bird Park on Thursday, during her visit to her constituency of Mecklenburg-Pomerania. Posing with birds in her arms, Merkel cheerfully fed the parrots, but one of them preferred the chancellor’s hand to bird food. Merkel made a farewell tour of her constituency to support her presidential candidate Georg Gooder. In […]

Angela Merkel’s “hesitation” during the decade of the Greek debt crisis was characterized by then European Commission President Jean-Claude Juncker, in an interview with Euronews, as the most important mistake made by the German Chancellor during her 16 years of rule. An experienced politician from Luxembourg admits: “I had conflicts with her, big disagreements, especially […]

The owner of a Greek tavern in Germany forked out as much as 10 thousand euros to install a wax figure of Angela Merkel. “We will never have a chancellor like her again,” Alexis Vaiu told German television station Butenunbinnen. Therefore, he decided, from the moment Angela Merkel left the political scene, to find a […]

The leaders of the two European powers, Merkel and Macron, criticized Greece for recognizing the Russian vaccine as effective enough and for accepting tourists vaccinated with this drug. The heads of Germany and France consider the Chinese “Koronavac” and the Russian “Sputnik V” less effective than drugs approved for use in the European Union, Bloomberg […]