OnlyFans has evolved into what is known as the “next door pornography” platform. “Two young women creating content for the site talk about their choices, benefits and risks.”

Eva, former advertising agency worker. Working day 12 hours, earnings 600-700 euros. “In three years I have changed three companies. In one of them, I was not insured for six months, I was paid “black cash”. One day I opened the OnlyFans platform and decided to “try it”. In the first month I earned 3,500 euros,” says the girl.

Eva still lives in Icelandic time. She’s back in Athens for two weeks, but her mind is always on the North Atlantic. She always wanted to make this trip, but she could never afford it. Just now. “The greatest luxury is freedom. I wouldn’t trade it for anything, ”she tells the journalists of the Katimerini publication.

Before creating one of the most successful OnlyFans profiles in Greece – a platform for posting sexual content – Eva, now 28, worked in advertising. While studying marketing and communications, she worked 12 hour shifts for 600-700 euros. “In three years I have changed three companies. In one of them I was deprived of insurance for six months, I was paid “in envelope”. I have a serious chronic health problem and was concerned about getting health care through the insurance that every worker is entitled to. But their accountant apparently had his own opinion on this … “.

One night while fiddling with TikTok, she saw an American woman who said she was making $23,000 a month through OnlyFans. She was the “girl next door” (amateur, not professional). “I watched. I saw what kind of site it is… It’s like Instagram, where you upload posts and stories, and go live, just more naked, for which you charge a certain amount. quotes the confessions of the girl “Kathimerini”.

She was always confident in her beauty and sexuality, and so one day she turned on the camera. In the first month, the girl earned 3,500 euros. By setting up a $10 monthly subscription and charging extra for personalized content, she is now making five figures. “At some point, I had to start a company to justify my income. It was not easy, and I knocked on the doors of accountants, asking how I could legalize the money. As I learned, since the law on sex work in Greece (2734/1999) was not amended to include sex work on the Internet, the purpose of her company is to produce videos and promote them on the Internet.

Eva does not consider herself a sex worker. “I’m selling pixels, not my body,” she says, adding that she doesn’t find either offensive. “I don’t care what people say. How long will I live? After my death, no one will even remember me. I will provide myself with a good life,” the girl says. – Don’t judge me for that. When I realized that I would be working 9 to 5 every day and would retire in no time, I freaked out. And now I’m laughing. In your most productive years, you spend half a day in the office and two hours in traffic. And then, at some point, you open your eyes – and you are already 65! Time to retire. This is a reality that does not suit me. Others may be fine with this, and they want to spend their time on earth in this way (in their own way). Of course, I am not encouraging anyone to do sex work. There are a thousand ways to gain dignity. When I worked for 600 euros for 12 hours, I had less dignity than now, when so many people see me naked.”

Marina started working as a webcam model back in 2019 when she was looking for a way out of an impasse. “I worked as a waitress – a nasty, underpaid job, with terrible conditions, no fixed hours, no respect for you,” says the interlocutor.

When she accidentally found out about webcamming, the provision of “live sex services” over the Internet using a camera, she decided to give it a try. “The first time was really cool,” she says with a smile. “I was nervous, but when the camera turned on, I “relaxed” and enjoyed it,” the professional continues to share her experience. 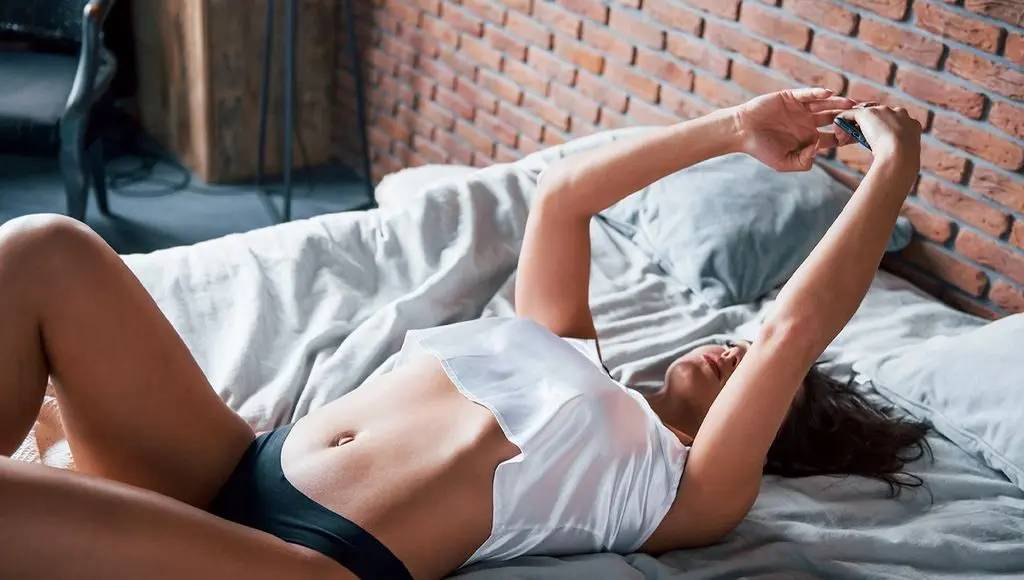 The opinion of scientists studying the phenomenon of webcamming. “In OnlyFans, there are not only sex workers, but also a lot of professional performers from other fields, from gymnasts to chefs and DJs,” says Despina Chronachi, Researcher departments of journalism of AUTH and communications and media of EKPA, which for the last two years, in collaboration with scientists from Italy and Portugal, is studying OnlyFans. The platform currently has 170 million users, mostly men, and 2 million authors (content offerings), mostly women. According to Ms. Chronaki, most people perceive it as a “side job”.

“This is not Newton’s binomial. Macroeconomics is unreliable in terms of earnings, stability, constant struggle for survival. At the same time, the nature of sex work is not only unstable, it lacks secure labor rights, has multi-layered inequalities, and suffers from stigmatization. As advanced as the discussion of sexuality is today, content creators tell us that they are supported by the people around them and not judged.” As Marina says, she does not always share with others what she does: “I think I can be in danger, even physical.”

“Sex workers don’t sell their bodies, they sell specific sexual services,” explains Christos Sagredos, president of the Sex Workers’ Empowerment Network (Δικτύου Ενδυνάμωσης Σεξεργαζομένων), which fights to make sex work legal. – If it’s not a conscious choice, it’s not sex work. If there is no consent, it is exploitation, human trafficking.”

More and more sex workers around the world say about a conscious decisionwith which they often finance their education.

“We are not doomed,” they say. This is what we like, this is what we are good at, we are no less moral people … We demand that the services we provide be legalized.”

FROM from a feminist point of view, the porn industry has always been divisive. “I am absolutely for the right of every person to earn money the way he wants, as long as it does not violate the rights of others,” Lena Fuchitsi, founder of the feminist platform Womanlandia, told K. – The concern surrounding this issue is not about the safety of women active on OnlyFans or elsewhere. It’s not even discussed because there is a tacit admission that “they got what they wanted” (deserves blame). Women should be attractive and sexy, show their semi-nude (or even naked) in advertising, but not emphasize their nudity.

Pictured is a 65 year old lady who opened her profile on the platform Only Fans (taken from public domain). 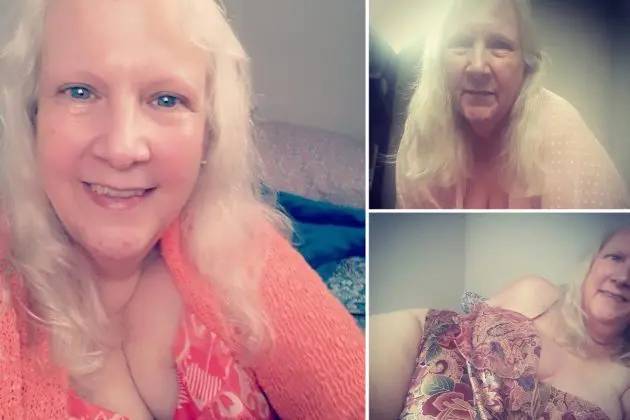 In fact, as Eva says, the platform keeps 20% of the creator’s income, and the state another 22%. “Again, the money is good, but it’s not easy. You pay for this with your mental health. You know strange situations that require special handling.” Eve was scared twice. When “clients” recognized her in real life, knowing “all the ins and outs” about her. And in the second case, she even had to call the police for help.

Marina also had a chance to face “fans” from the site: “The situation was unpleasant, but not uncontrollable.” The biggest problem she faced was the leak of the video: “It is possible that in 10 years I will choose another job, and then suddenly there will be a “compromising evidence with a nudity” from the past. It’s not that I’m ashamed of what I’m doing. It’s just the way society treats us.”

The girls say they enjoy their freedom. “My standard of living has changed, but I wouldn’t do it just because of that,” says Eva, who is also a graduate student while continuing to “live a virtual life” at OnlyFans. – I wake up and say that I want to make 10 videos today or nothing, and no one will tell me anything. I am not very interested in material goods, although I bought things for the house, the first was air conditioning, and I helped my relatives. I remember sitting in the office one Monday thinking how nice it would be to go for a run. Now I run on Mondays.”

President of Georgia: “Russia should know where its borders are”