A Syrian refugee said the death of a 5-year-old girl on an island in the Evros River on the border with Turkey “was staged”. According to the illegal, the smugglers fabricated a story that became a media sensation last August.

According to the story, a five-year-old child died after being bitten by a scorpion while a refugee family was on a small island in the middle of the Efros River, on the border between Greece and Turkey. The refugees’ testimonies sparked a political confrontation between the ruling New Democracy and the main opposition party, SYRIZA.

One of the 38 refugees stranded last summer on an island along the Greek-Turkish border issued a statement saying the alleged death of a 5-year-old Syrian girl was not carefully orchestrated. The man, a citizen of Syria, told Kathimerinithat the girl, who was alive, was laid on the ground and put makeup on her face to give the impression that she had died. She then had her hair cut to change her appearance.

The offer to fake death was made by a smuggler who transports illegal immigrants to Greece, and carried out by a woman named Baidaa S. (Baidaa S.), who suddenly appeared at the border with a group of illegal immigrants and posted photos and videos with her comments on social networks.

According to him, after the refugees were finally accepted into Greece and sent to the camp, Baidaa disappeared. She subsequently showed up in Germany, where her husband has been living since 2015. Her social media posts show that she has traveled between Germany and Turkey, and her life, as she is portrayed, is far from that of a stateless refugee.

The story, which was widely publicized in the media in August last year, was about Greece’s alleged callous attitude towards refugees. The German magazine Der Spiegel, which covered the story in three reports and a podcast last summer, published a lengthy retraction in late December, stating that there were errors in the report but not admitting that there was no death.

As Kathimerini (which is affiliated with New Democracy) has learned, the interrogated refugee gave lengthy statements to the Greek police. Speaking on condition of anonymity, he admitted that he spoke about what happened because he was afraid of the consequences, and insisted that his revelations fall into the hands of the authorities. A Syrian refugee described in detail how 38 people gathered together at the border and how Turkish border guards incited them to cross into Greek territory. He says that at the first attempt to enter Greece, some masked men beat the refugees and pushed them back.

When asked why the girl’s family agreed to the falsification, he replied that the smuggler who was involved in transporting them to Greece told them that they paid less than others, implying that they owed him.

Baidaa was not the only one of this group who left the refugee camp shortly after their arrival and ended up in Germany. But in her case, there are several indications that she already had the necessary travel documents.

As soon as the 38 migrants were on Greek soil, Greek authorities rounded them up and we provided medical treatment. They are all in very good health, one pregnant woman is hospitalized as a precaution.

Political confrontation
This information sparked a political confrontation between the ruling New Democracy party and the main opposition in SYRIZA. According to the government, the death of the little girl was “an anti-Greek plot orchestrated by Ankara to cause a ‘hot incident’ at the border.”

The opposition had a different point of view on this matter: “If it turns out that the refugees were forced to fabricate the death of a child, then this is due to the impasse of the criminal policy of the government, which for several days refused to rescue the refugees, violating the ruling of the European Court of Human Rights, with a non-existent argument, that the islet was Turkish, when it turned out that it was Greek, and the refugees were in the Greek part of it,” writes a newspaper affiliated with SYRIZA efsyn.

Government spokesman Yiannis Ikonomou lashed out at SYRIZA leader Alexis Tsipras, asking him “isn’t he ashamed that he has discredited his homeland and given such weapons to its enemies to satisfy his personal grudge against the prime minister.”

Immigration and Asylum Minister Notis Mitarakis insisted on air open TV that “this is not an attempt to deceive, but an attempt to increase tension in Evros”, indirectly announcing new prosecutions based on the rhetoric of national humiliation.

“Who are these people who organized the incident? The merchant mentioned in the reports was most likely a Greek […]in the specific case, when creating the image of the “dead child”, the Greeks were most likely also involved,” Mitarakis said (it should be recalled that he also confirmed the death of the girl on August 16, 2022).

“For him [Ципраса] it is a matter of honor to apologize to the Greek police, Greek soldiers and our border guards in Thrace,” said Minister of Civil Protection Takis Theodorikakos, calling the islet, which also belongs to Greece, Turkish.

SYRIZA spokeswoman Popi Tsapanidou responded harshly, emphasizing the government’s responsibility for its criminal actions. “Even if, without any ulterior motive and further investigation, the government, through the press secretary, rushes to accept only the latest evidence as true and use the tragic case for the purposes of expediency, it overlooks that even this evidence vividly describes the exploitation of refugees by smugglers, Turkish border guards and the hooded men who beat them to death on Greek soil to prevent them from entering the country.” 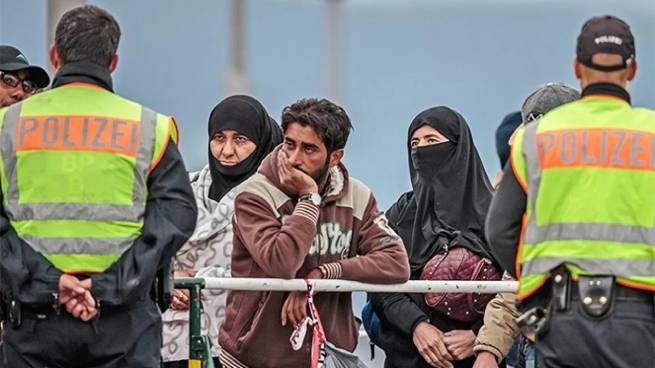 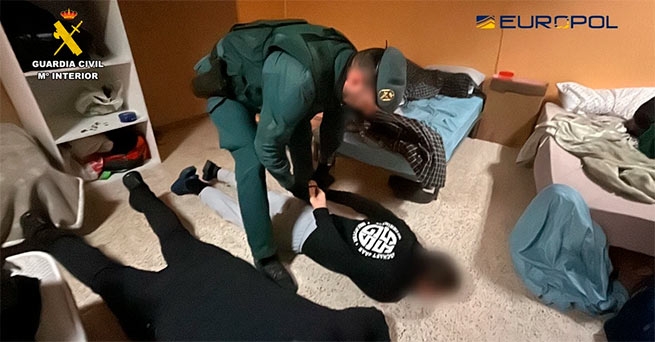 Ukrainian refugees in Spain were used in clandestine tobacco factories