Killed by the Security Service of Ukraine, Denis Kireev, a participant in negotiations between the Russian Federation and Ukraine at the beginning of the war, warned Ukrainian intelligence about Putin’s plans to seize Kyiv on the eve of the invasion, on February 23, and donated a precious watch to prepare the defense.

This is the material published by the WSJ, based on intelligence and financial documents, interviews with current and former employees of the Ukrainian special services, American and Ukrainian officials, friends and business partners of Kireev, his family and security guards.

On March 5, 2022, the media, including our publication, reportedthat representatives of the SBU during the arrest shot dead banker Denis Kireev in Kyiv, who participated in the negotiations between the delegations of Ukraine and Russia in Gomel on February 28. He was allegedly suspected of treason.

On March 5, the Main Intelligence Directorate of the Ministry of Defense of Ukraine announced the death of its employee Denis Kireev while performing a special task. The Main Intelligence Directorate published a list of dead Ukrainian intelligence officers – Denis Kireev is listed among others. He attended the first peace talks with Russia, held in the Gomel region of Belarus on February 28, although he was not officially listed as a participant in the meeting.

The Wall Street Journal writes that 45-year-old banker Denis Kireev was killed as a Russian spy: Ukrainian intelligence services left his corpse with a bullet hole in the back of his head on a sidewalk in central Kyiv days after Russia invaded Ukraine. However, a few days later, Kireev was buried like a hero and laid next to the first Minister of Foreign Affairs of Ukraine at the Baykove cemetery in Kyiv. President of Ukraine Volodymyr Zelensky signed documents on awarding Denis Kireev posthumously with a medal for “an exceptional contribution to the defense of state sovereignty and state security.”

The Wall Street Journal writes that Denis Kireev, who was shot dead at the beginning of a full-scale war, and whom the Security Service of Ukraine called a traitor, on the eve of the Russian invasion, warned Ukrainian intelligence about Moscow’s plan to seize Kyiv. According to the head of Ukrainian military intelligence, General Kirill Budanov, Kireev passed on information from his Russian contacts that helped Ukrainian forces successfully defend the capital last February:

“If not for Mr. Kireev, Kyiv, most likely, would have been taken.”

According to him, Kireev developed ties with European intelligence services, with the Russian military and officials. He agreed to represent Kyiv in early ceasefire talks between Russia and Ukraine. As one of Kireev’s friends notes, he “liked playing the role of agent 007.”

Denis Kireev was born in the Ukrainian capital and started his career in finance, working in local branches of Western banks, including Crédit Lyonnais, Citibank and ING. Interest in espionage, Kireev’s associates say, he showed up in 2003, when his relative became deputy head of the SBU.

In 2006, Kireev went to work for Andrey and Sergey Klyuev, businessmen from Donetsk, close to Yanukovych, who made their fortune in metallurgy and real estate. After the Klyuevs escaped in 2014, Kireev helped manage some of the brothers’ assets from the capital.

In 2021, Denis Kireev, at the crossroads of Russian and Ukrainian business and security, caught the attention of Budanov, head of the Main Intelligence Directorate of the Ukrainian Defense Ministry. 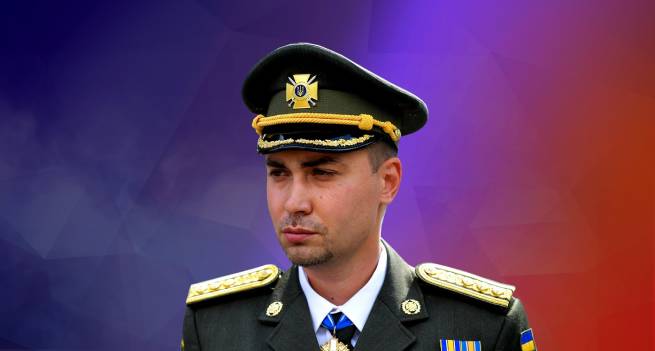 At a time when Russia began amassing troops on the border with Ukraine in the spring of 2021, Budanov summoned Kireev to the headquarters of the Main Intelligence Directorate in Kyiv and asked him to use his connections to infiltrate Russian military intelligence. He agreed and, according to WSJ sources, traveled from Kharkov to the Russian Federation and then reported to the head of the GUR.

In the fall of 2021, the US military and spy agencies began to warn Ukraine of the Russian threat. At the same time, Kireev learned from his sources that Moscow was preparing for an invasion, Budanov noted, and became the first to sound the alarm in Ukraine.

On February 18, Kireev refused to travel with his family to the French Alps, and on the afternoon of February 23 he gave Budanov new intelligence: Russian President Vladimir Putin had just ordered an invasion early the next morning. According to the head of the GUR, Kireev also knew the main point of impact.

At 8 am on February 24, Russian combat helicopters landed troops at the Antonov airport near Kyiv. The Kremlin planned to seize the airport in order to transfer troops and equipment there to storm the capital. According to the head of Ukrainian intelligence, Kireyev’s tip gave Ukraine a few precious hours to deploy troops to counter the Russian attack. After a fierce battle, the airport was damaged and could not be used by the Russian military.

After the disruption of Russia’s plans for a quick strike, the parties agreed to negotiate a ceasefire in Belarus. Given that Kireev was familiar with two members of the Russian delegation, Budanov invited him to take part in the negotiations, and he agreed. 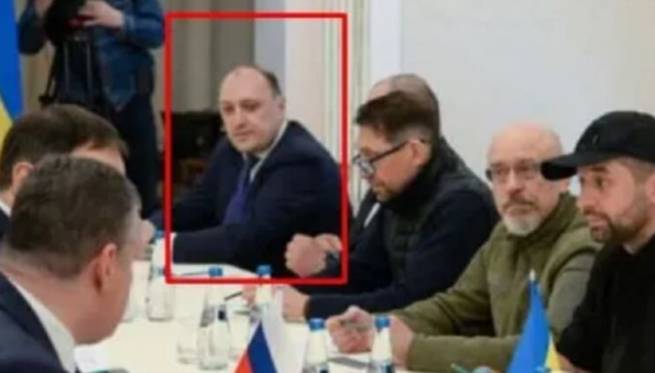 The head of the GUR noted:

“After he appeared there, his connection with the secret services became obvious to everyone. Unfortunately, the situation was critical then, and we had to take risks.”

After returning from Belarus, Kireev met with Budanov, their meeting lasted several hours. According to his security officer, Kireev was aware that he was in danger and left the meeting in a silent mood.

A few days later, a friend visited Kireev at his house on the northern outskirts of Kyiv. Holding a large-caliber hunting rifle, Kireev said he fired it at Russian operatives who had come to his house a few nights earlier.

When Russia and Ukraine agreed on a second round of talks on March 3, Budanov again insisted on Kireev’s participation. According to Budanov, on the night before the talks in Belarus, Kireev received a call from the office of Alexander Poklad, head of counterintelligence of the SBU. Poklad, who was in charge of detaining intelligence and security officials suspected of working for Russia, wanted to meet. He himself declined to comment, as did the press secretary of the SBU, referring to the law on state secrets, the newspaper notes.

Kireev arrived at the Kyiv railway station along with his bodyguards and military intelligence agents for a trip to Belarus. He told the guards that he might be arrested on the way and, according to his guard, said: “Don’t interfere.”

The group went to the center of Kyiv to the St. Sophia Cathedral. Soon minibuses with SBU agents arrived, immediately ordering military intelligence officers and Kireev’s guards to lay down their arms. Kireev himself was taken to a minibus and taken away. An hour and a half later, military intelligence agents were called to the place where Kireev’s body was found.

The Ukrainian State Bureau of Investigation, which is responsible for investigating such killings, declined to comment. The Wall Street Journal recalls that in July, Volodymyr Zelensky fired the head of the SBU, Ivan Bakanov, and also fired or prosecuted dozens of department generals for their possible role in facilitating the Russian invasion.

In an interview with the Latvian Delphi Mykhailo Podolyak, an adviser to the head of the President’s Office, spoke about the poor coordination of the Ukrainian special services at the beginning of the war, which was the reason for the murder of Kireev, one of the consultants of the Ukrainian delegation, who was accused of high treason:

“He was related to the main intelligence department, and his murder was due to the fact that there was no unified coordination between law enforcement agencies. On the one hand, there were certain claims against him, on the other hand, they did not manage to resolve these claims in a dialogue format, this is not connected with the work of the delegation and with the negotiation process. He was not an agent of Russia.”

According to Podolyak, Russia tried to present Kireev as its agent, but this was not the case. The press service of the SBU reported that they could not comment on the murder of Kireev, since the investigation was carried out by the State Bureau of Investigation.

After the assassination of Kireev, President Volodymyr Zelensky signed documents awarding him a posthumous medal for “an exceptional contribution to the defense of state sovereignty and state security.” He was buried next to the first Minister of Foreign Affairs of Ukraine at the Baikove cemetery in Kyiv.

President of Georgia: “Russia should know where its borders are”