The famous villa Iola – a legendary palace full of antiques and almost the “Hermitage” in the Agia Paraskevi area of ​​Athens, is in a tragic state, because … it was completely plundered.

But everything is in order. So, who is Alexander Iolas? This is the man who “discovered” Greece for the biggest stars of the international elite and helped “stand up” the most talented Greek artists. The name of Alexandros Iolas is associated with art, eccentricity, money and a defiant – in Athens in the 1970s and 1980s – lifestyle. After all, he was a person who forever changed the notion of taste and elegance in the Greek sense.

Who was Alexander Iolas

The name of Konstantinos Koutsoudis certainly does not remind us of anything. However, this does not apply to the pseudonym “Alexander Iolas”, under which famous Greek gallerist became known throughout the world as one of the most brilliant art critics.

Born in 1907 to wealthy parents in Alexandria, Egypt, he knew early on that he was destined to succeed. At the age of 20, he arrived in Athens and, taking full advantage of his communicative talent, began to communicate with the most popular personalities of that time.

A few years later, in 1931, he leaves Greece and begins his journey through Europe, wishing to fulfill his dream of becoming a dancer. However, his trip to New York in the mid-thirties changed his life forever. A leg injury in 1944 forced him to give up his career. And he found himself a new occupation – “trade in art.” In the same year, he opens his first gallery in New York. To the demonic Greek managed in a short time to firmly establish itself in the field of art, to become one of its own in the “secular society” of that time. His interaction (direct contacts) with the biggest names in the field of art and literature made him one of the brightest personalities of that time.

However, he himself had only one thing in mind: to return to Greece and help Greek artists gain recognition and achieve success on a global level. And he succeeded. The galleries he opened in Milan, Geneva, Paris, Zurich, Madrid and Rome did not prevent him from returning to Greece with a letter of recommendation from Cavafy. 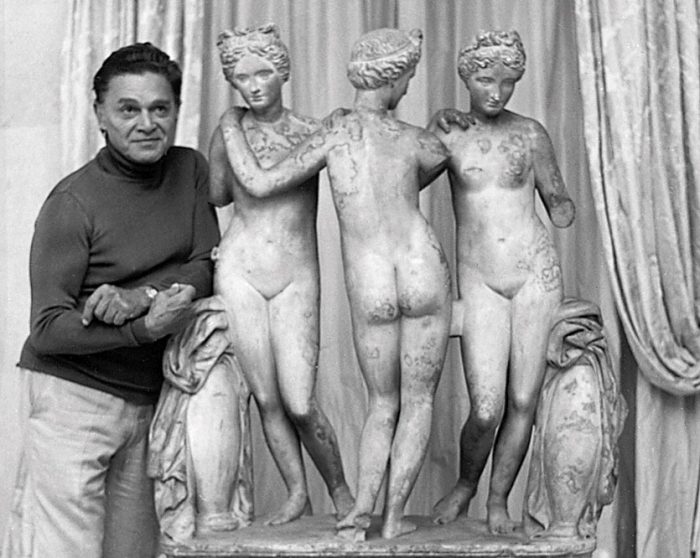 In the early 1950s, he bought a piece of land in Agia Paraskevi with an area of ​​more than 10 hectares (!), with the aim of building an “artists’ village” where he could receive all his talented friends. In 1970, after he closed his overseas galleries, he came to Greece for permanent residence, bringing with him a huge collection of unique works of art of incalculable value.

How Versace went to Greece to “drink coffee” at Villa Iola

Dimitris Pikionis, Yiannis Tsarouhis and Pavlos Kalatsopoulos are in charge of the design and decoration of the villa where the most famous figures of Greece and Hollywood have stayed. A typical example is Gianni Versace, who “flew” to Greece for only 2 hours (!) just to “drink coffee” with Iolas. Heads of state, politicians, shipbuilders, painters, sculptors and designers loved to visit the villa, which today looks like a ghost of the luxury of the past.

Andy Warhol is the man Jolas made famous and to whom we owe pop art – Pablo Picasso, Giorgio Armani, Aristotle Onassis, Stavros Niarchos, Andreas Papandreou, Stavros Xartzakos, Vassilis and Eliza Goulandris, and Melina Mercouri were just a few of those who dined at the famous villa of Iolas, which the owner ordered to be called a “museum”. However, it was so, without exaggeration.

Golden doors, ancient columns and 10,000 collectible works of art – such was the decoration of the “Greek Hermitage”.

Iolas considered only one room as his home, the one next to the kitchen. All the others were themed and dedicated to each of his favorite artists, with over 10,000 collectibles in total.

The doors were of gold, and the walls were built of Pentelis marble. At the same time, the ancient columns from Ravenna, which decorated every corner of the house, created the feeling that, upon entering the villa, you were traveling in time. In addition, the works and personal belongings of Iolas had fabulous value. Those who had the opportunity to admire the interior of the villa, in addition to paintings and antiques, knew about the eccentric shoes and wardrobe of an extravagant collector that occupied the entire space: 3,000 shirts, hundreds of suits and two closets full of furs.

The transvestite who “ditched” Iolas

The transvestite “Maria Callas” was one of those whom Iolas favored. His real name was Antonis Nikolaou, and he met Iolas through Tsarouchis. At that time he worked in one of the cabarets of Athens. Almost immediately, he/she began working at the villa as a dresser, and the “benefactor” paid generously for the services. In the end, he didn’t care about money. He had huge funds, fame and acquaintances that anyone would envy. What he didn’t seem to have was the support of the people he considered close.

Transvestite “Kallas” did not hesitate to steal many valuable works from the residence. She knew very well what was inside and made sure to leak all the secrets to the press when Iolas “fired her” after discovering that she was stealing things from him. Before she took revenge on him through journalists, she tried several times to return to her work, being drunk as an insole and bursting into burning tears. But in vain. Her former employer was determined… The end was near. After several refusals by Iolas, “Kallas” told the newspapers everything. The antiquary was accused of all mortal sins. In addition, he himself found out that he had AIDS.

“A lover of slavery (worship), an enemy of the political order, a pro-American, a fascist, a homosexual, a sadist and a masochist, who has set up a den of drug addicts and a moral killer,” was how newspapers wrote about Iolas at that time. In addition, the transvestite threatened to publish photos of “all this abomination” as proof of his words. 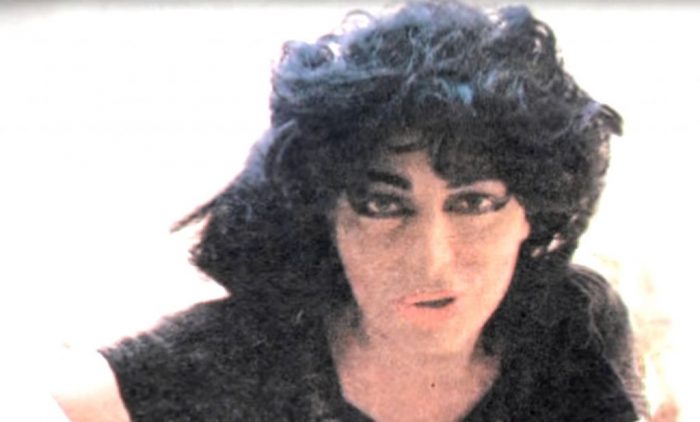 The only thing he was ready to state as an excuse was (as he wrote in his will) that “he leaves all his property to the Greek state, but on one condition: “It is enough that my good name be restored.” And although his lawyers argued that the items from his collection were indeed declared, and he himself had a collector’s license since 1966, Iolas was never acquitted, at least not in the way he expected. 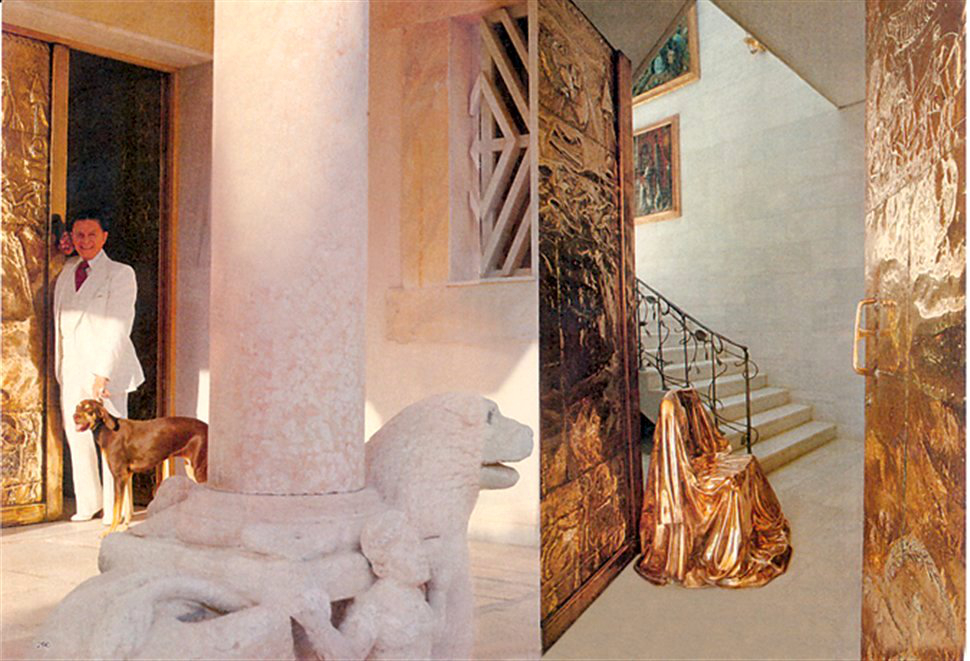 As much fame and recognition in the art world as he experienced in his prime, his end can be described as inglorious. Tired, impoverished and humiliated in his own country, Iolas left Greece in 1987 to be admitted to a New York hospital. After his death, the heirs failed to find a compromise solution. Their dispute led to the property being sealed. Within a few months, the Iola Museum was raided, destroyed, lost all trace of the artist’s presence, and was abandoned by the state as “useless property”. 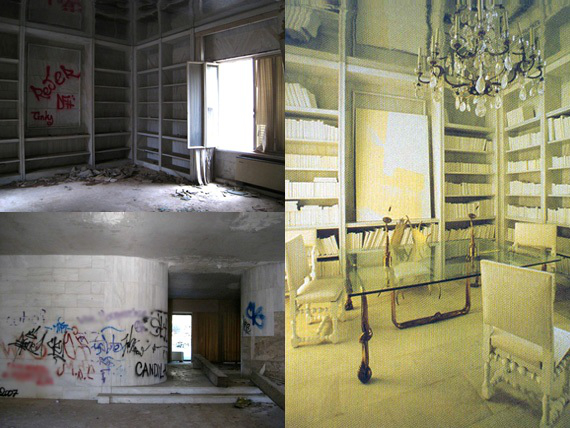 Some of the items stolen from the villa were found at his sister’s house and confiscated by the authorities. Some large sculptures were found packaged for export in the warehouse of a transport company, of course, without a license. However, most of the 10,000 pieces of art of fabulous value have never been found. And on the territory, on which the foot of “the strongest of this world”, as well as the personalities who “made the era” proudly stepped, now rats and stray cats have bred.

The parents of the deceased baby donated his organs