At 13:35 local time, the funeral cortege left towards Tatoi, where the former King Constantine will be buried next to the graves of his ancestors.

During the motorcade, motorcyclists and police patrol cars continue to control the convoy, and the helicopter EL.AS. will follow the procession and transmit the image to the Greek police operations center.

Watch the live broadcast from Tatoi:

The funeral of Konstantin will be held at the former royal estate of Tatoi. Specifically, at the royal cemetery near the Resurrection Church, a memorial service will be held and burial will follow next to the graves of their ancestors, as he himself wanted.

After that, as it became known, the family will prepare a meal for their honored guests at the Grande Bretagne hotel, as is customary in Greece, from seafood.

At the funeral of the former monarch arrived:

Shortly after 11.00 official guests arrived at the funeral. The first to arrive at the metropolis were the honorary king of Spain, Juan Carlos, and the queen mother Sofia, the sister of the late Constantine. Princess Anne, a member of the British royal family, was also present. Next came the royal couple of the Netherlands, King Wilhelm Alexander and Queen Maxima. He was followed by Prince Albert of Monaco, King Philippe of Belgium and Queen Mathilde, and then the Spanish royal couple Philippe and Letizia. Then Crown Prince Haakon of Norway and his wife Mette-Marit arrived in Metropolis. 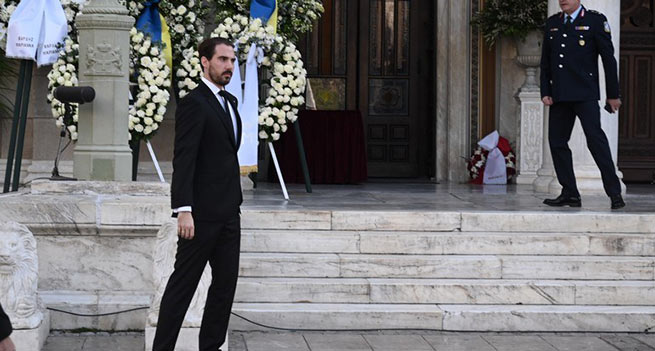 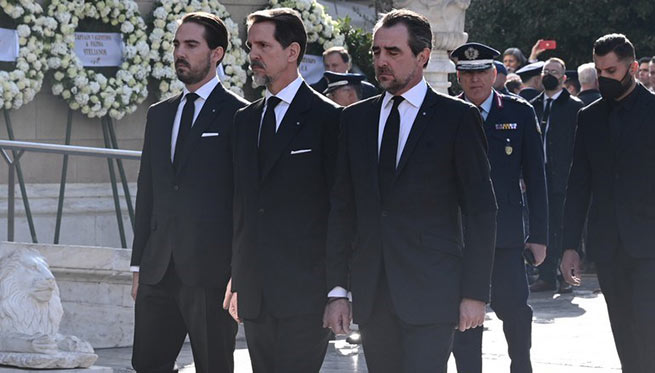 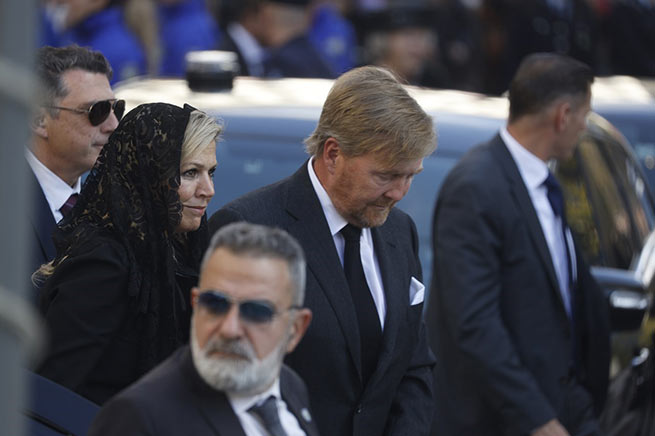 King Willem Alexander of the Netherlands and his wife Queen Maxima 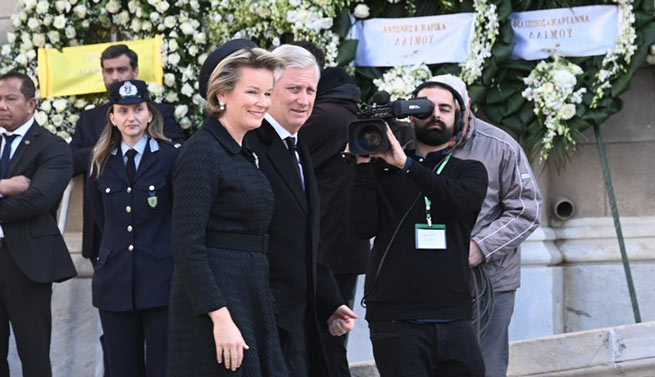 King Philippe of Belgium and his wife Queen Mathilde 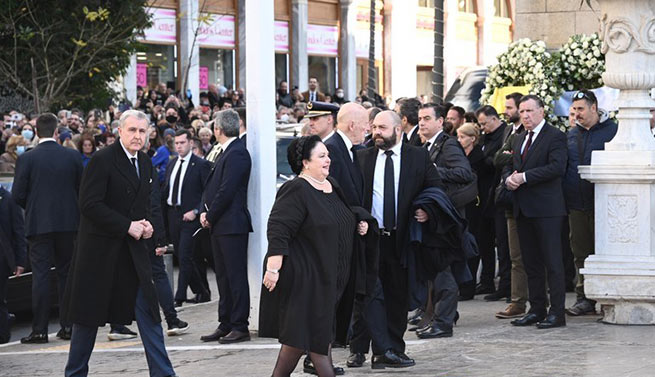 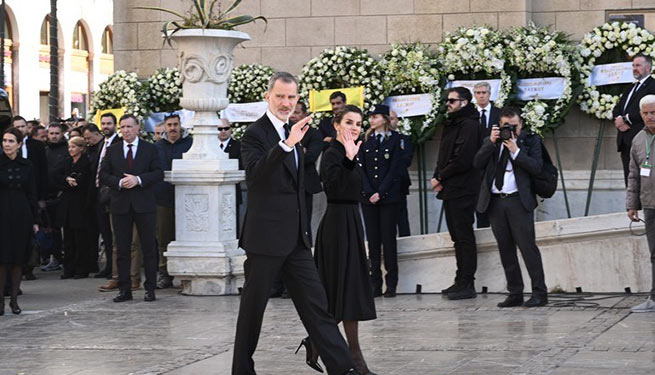 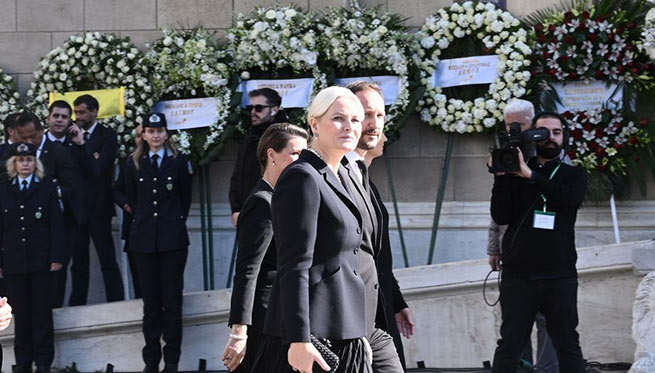 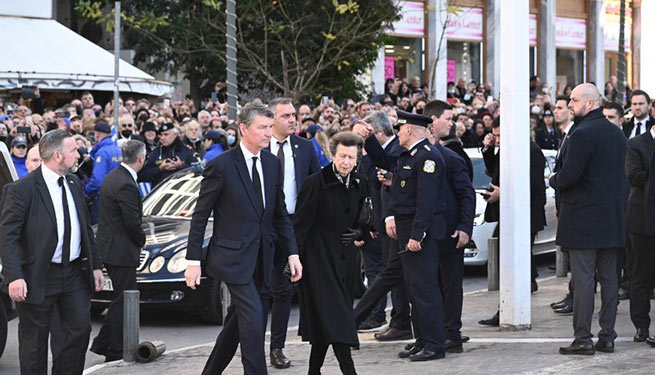 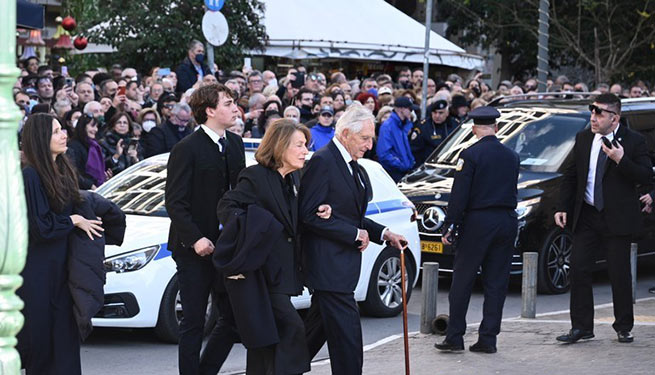 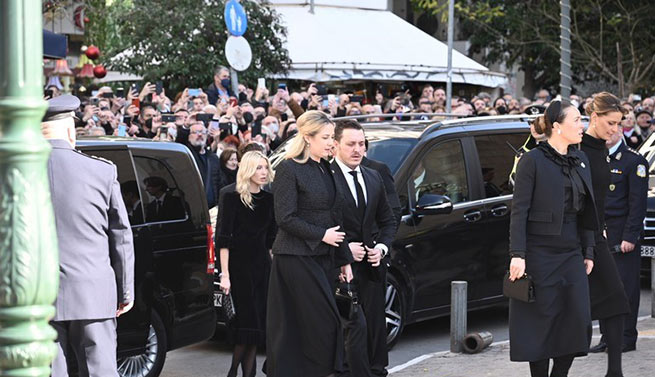 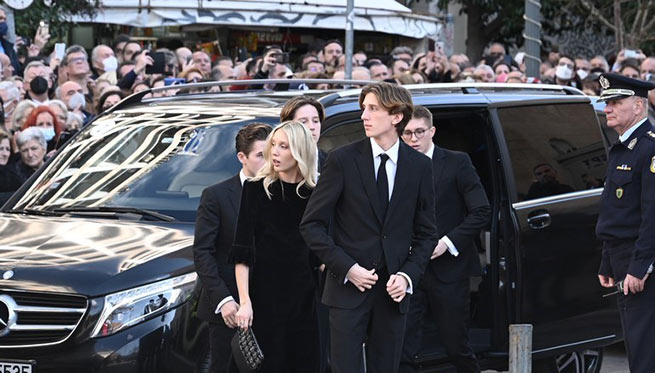 Grandchildren of the late King Constantine 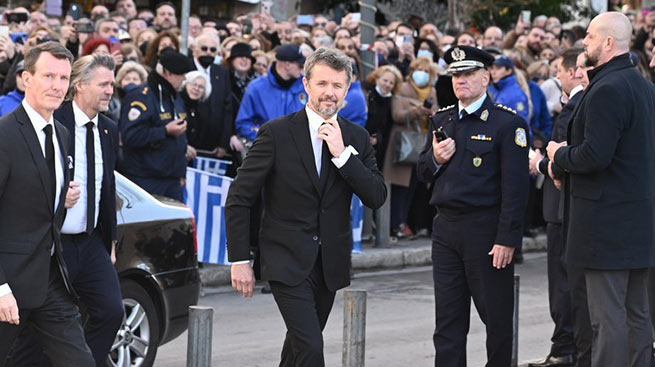 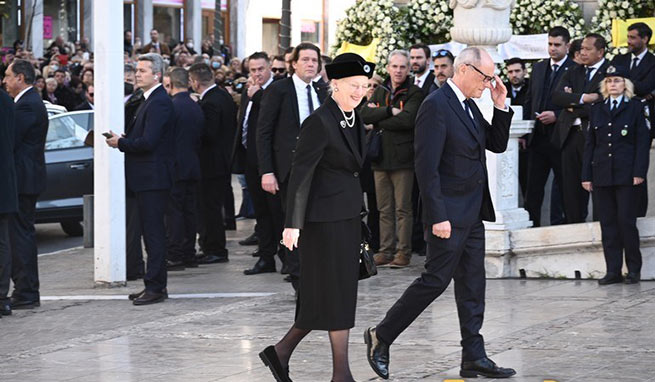 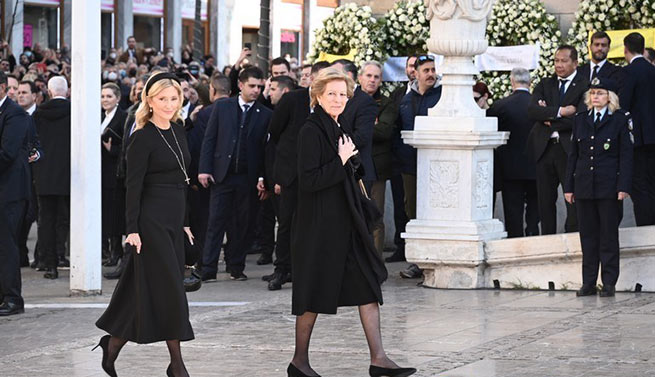 Popular pilgrimage to the body of the former king 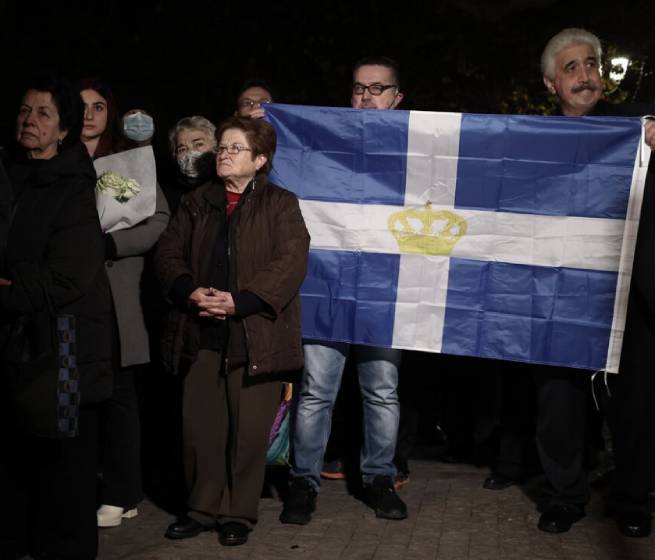 A crowd of people gathered early on Monday morning (16.01) at the Metropolis of Athens to honor the memory of the former King Constantine. 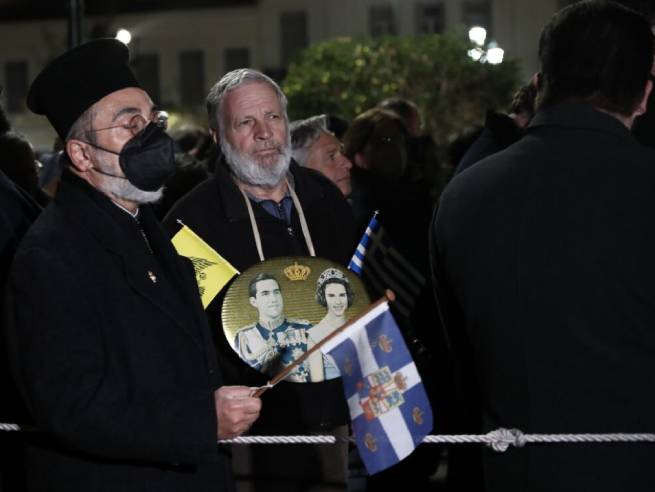 The coffin of the former king Constantine was wrapped in a Greek flag, and people hurried early enough to pay their respects. Some of them held Greek flags with a crown in their hands, while others threw tricks with the inscription “King Constantine – Immortal” outside the Metropolis.

The resulting queue was quite long and covered the entire area of ​​​​the Metropolis, and its end reached Monastiraki. 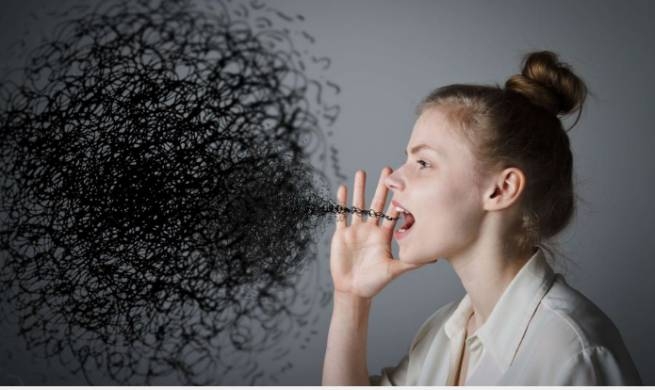