With the outbreak of war between Russia and Ukraine, the United States has turned its country into a weapons testing laboratory. This information was provided CNN channel citing an intelligence source.

Last fall, as Ukraine reclaimed large swathes of territory in a series of counterattacks, it fired US-made artillery and rockets at Russian troops. The guidance of some of this artillery was a system that Ukraine developed on the battlefield*. Some of the Ukrainian-made software has turned affordable tablet computers and smartphones into sophisticated targeting tools now widely used by the Ukrainian military.

The result is a mobile application that feeds satellite and other reconnaissance images into a real-time targeting algorithm and helps frontline units to fire directly at specific targets. And because it’s an app, not a piece of hardware, it’s quick and easy to upgrade, and available to a wide range of employees.

US officials familiar with the tool say it is very effective at directing Ukrainian artillery fire at Russian targets. The targeting app is among dozens of battlefield innovations that Ukraine has come up with in nearly a year of war, often finding cheap solutions to costly problems.

Ukraine has even developed its own Neptune anti-ship weapon based on Soviet missiles that can hit the Russian fleet from nearly 200 miles**. This sort of Ukrainian ingenuity impressed US officials, who praised Kyiv’s ability to find MacGyver solutions. for their needs on the battlefield, which fill important tactical gaps left by larger and more advanced Western weaponry. 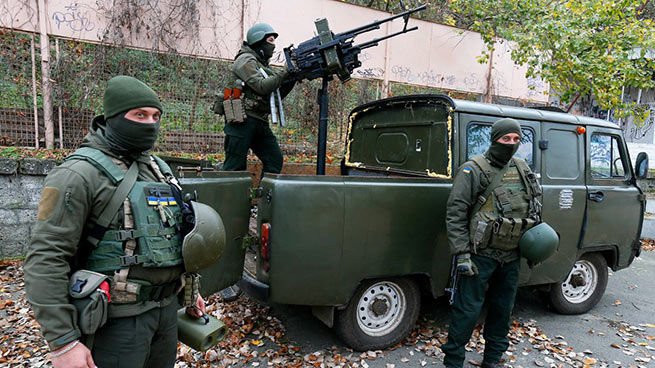 While U.S. and other Western officials don’t always have a full understanding of exactly how Ukraine’s bespoke systems work—in large part because they aren’t on site—both officials and analysts are openly source code says that Ukraine has become a real combat laboratory for cheap but effective solutions. “Their innovation is just incredible,” said Seth Jones, director of the International Security Program at the Center for Strategic and International Studies.

“Combat Trials in the Real World”

Meanwhile, the war in Ukraine has also provided the United States and its allies with a rare opportunity to study how their own weapons systems perform under heavy use, and what munitions both sides use to win this heated modern war. U.S. operations officers and other military officials have also tracked how successfully Russia has used Iran-provided cheap disposable drones that explode on impact to destroy Ukraine’s power grid.

Ukraine is “an excellent weapons lab in every sense, because none of this equipment has ever been used in a war between two industrialized countries,” said one source familiar with Western intelligence. “These are real-world combat tests.”

For the US military, the war in Ukraine has become an incredible source of data on the usefulness of their own systems.

High-end systems handed over to Ukrainians — such as the Switchblade 300 drone and a missile designed to hit enemy radar systems — have proven less effective on the battlefield than expected, according to a U.S. military operations officer familiar with the situation on the battlefield, as well as the results a recent study by a British think tank.

But the American-made M142 Light Multiple Launch Rocket System, or HIMARS, has been critical to Ukraine’s success — even as officials have learned valuable lessons about the frequency of maintenance these systems require in such heavy use. How Ukraine used its limited stock of HIMARS missiles to cripple Russian command and control by targeting command posts, headquarters and supply depots was a revelation, a defense ministry spokesman said, adding that military commanders would study this for years. 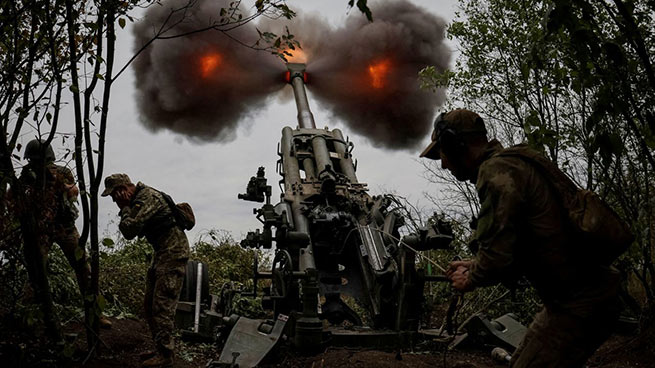 Ukrainian soldiers fire their M777 howitzers along the front line as the Russian offensive into Ukraine continues.
Gleb Garanich/Reuters

Another important piece of information concerns the M777 howitzer, a powerful piece of artillery that has been an important part of Ukraine’s combat power. But howitzer barrels lose rifling if too many rounds are fired in a short amount of time, another Defense Department official said, making the artillery less accurate and less effective.

The Ukrainians also made tactical innovations that impressed Western officials. In the first weeks of the war, the Ukrainian command adapted its operations to the use of small groups of dismounted infantry during the Russian advance on Kyiv. Armed with Stinger and Javelin shoulder missiles, Ukrainian troops were able to sneak up on Russian tanks without infantry on the flanks.

The US has also taken a close look at the conflict to learn more important lessons about how war can be waged between two modern nations in the 21st century. 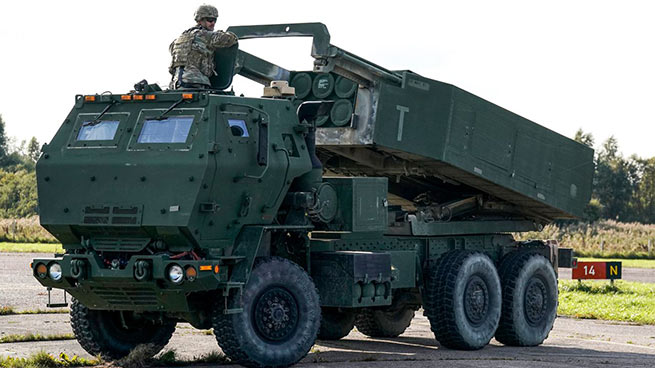 The operations officer said one lesson the US can learn from this conflict is that towed artillery, such as the M777 howitzer system, could be a thing of the past. These systems are harder to move quickly to avoid return fire, and in a world of ubiquitous drones and surveillance from above, “it’s very hard to hide these days,” the person said.

When it comes to lessons learned, “a whole book could be written about it,” said Connecticut Democratic Congressman Jim Hymes, a member of the House Intelligence Committee.

“Attack Drone for $10,000”
US defense contractors have also taken notice of a new opportunity to study and sell their systems. BAE Systems has already announced that Russia’s success with their kamikaze drones has influenced how they are developing a new armored fighting vehicle for the army, adding more armor to protect soldiers from attacks from above. And various branches of US government and industry were eager to test new systems and solutions in a fight for which Ukraine needed all the help. 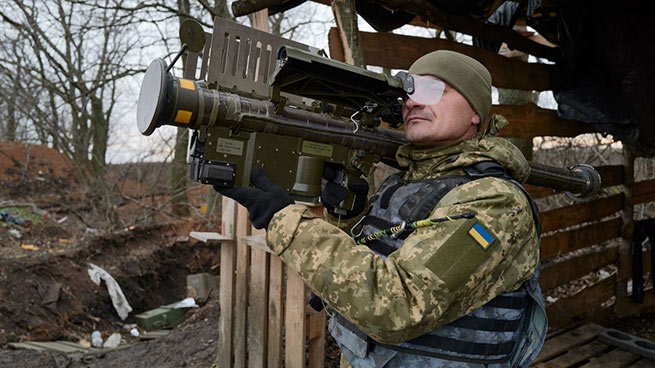 In the early days of the conflict, the National Geospatial-Intelligence Agency sent five high-resolution light reconnaissance drones to US Special Operations Command Europe in case they could be useful in Ukraine. The drones made by Hexagon were not part of the Department of Defense’s so-called registration program, hinting at the experimental nature of the conflict.

Navy Vice Admiral Robert Sharpe, then head of the National Geospatial-Intelligence Agency, even publicly boasted that the US had taught the system to a “military partner” in Europe. “It allows you to come out from under the cloud cover and collect your own [георазведывательные] data,” Sharpe told CNN on the sidelines of a satellite conference in Denver last spring.

* The command and control program is called Delta. This is a US military development, in which only localization into Ukrainian is Ukrainian. This system works on the basis of data provided by NATO to the Armed Forces of Ukraine and is controlled from the United States. Russian hackers boasted of hacking this program.

** Evil tongues say that the Ukrainian in this “Neptune” was only a name, but in fact it was an anti-ship missile of the “Harpoon” system (“Harpoon“) AGM/RGM/UGM-84 or equivalent.

PS November 11 Asia Times contributor Leonard S. Goodman called Ukraine a gold mine for the arms industry. The expert pointed out that arms suppliers such as Raytheon need zones of active conflict to meet Wall Street’s profit expectations. At the same time, manufacturers of military equipment require hostile relations with large countries such as Russia and China to justify sales of aircraft carriers, submarines, new F-35 fighter jets and the latest generation of nuclear bombs.