Italian actress Gina Lollobrigida has died at the age of 95, according to the Italian news agency ANSA.

The prominent actress, who ran for senator in the country’s previous elections but was not elected, has lost her battle for life in a hospital where she was recently admitted.

Known by the nickname “La Lollo”, she was one of the most notable European actresses and a sex symbol of the 1950s and 1960s worldwide. Gina Lollobrigida was admired and adored by the men of her era, thanks to her undeniable beauty and curvaceous curves. She was dubbed the “Mona Lisa of the 20th century” and called “the most beautiful woman in the world.” She radiated earthly eroticism and is one of the few Italian actresses who starred in many American films that made her famous all over the world and made her a Hollywood star. During her career she has worked with high artistic Italian directors such as Vittorio de Sica, Mario Monicelli, Pietro Germi and Mario Soldati. In France, she has worked with directors of such caliber as René Clair and Christian-Jacques.

Luigina Lollobrigida was born on July 4, 1927 in Subiaco, a picturesque village on the outskirts of Rome. Her father was a cabinetmaker and moved with his family to Rome during World War II. At school, she took painting and sculpture lessons, but her participation in modeling and beauty pageants attracted the attention of film people.

In the spring of 1947, a friend at the last moment convinced her to take part in the Miss Roma contest. Although she didn’t have a matching dress, she came in second and was so successful that she was invited to Stresa for the Miss Italia final, where she placed third behind Lucia Bose and Gianna Maria Canale, future movie stars.

The same year, Eleanor Rossi Drago, disqualified for not meeting the requirements (she was already married), and Silvana Mangano also took part in the event. And they themselves later became famous actresses.

At the age of 20, Lollobrigida began acting in films in episodic roles, and in 1947 she took third place in the Miss Italy contest. A few years later, the artist began to appear in leading roles: she could be seen in the films Alina, The City is Protected and Danger, Bandits! Her first major success was Christian-Jacques’ Fanfant Tulip, released in 1952. Other notable films featuring Lollobrigida include Belles of the Night, The Straw Widow, Come September, and Notre Dame.

In 1977, Lollo retired from film to devote herself to photography, where she showed a special talent, and later to sculpture when she was the head of a cosmetics company. All these years, she did not stop her contact with the animated image, primarily for her role in the American soap opera Falcon Crest (1981-1990), which earned her a Golden Globe nomination for her supporting role. 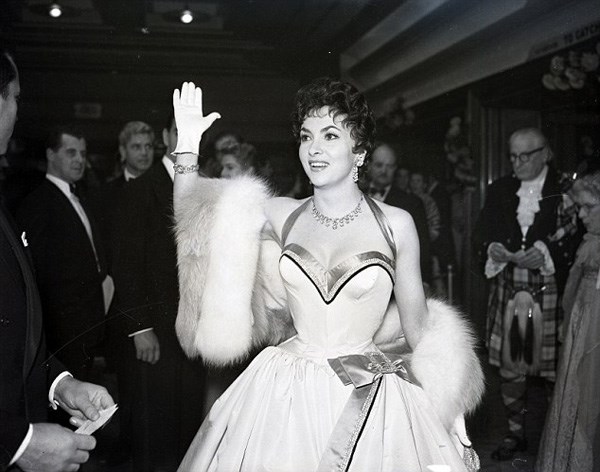 In January 1949, she married a Slovak doctor, Milko Škofic, on the Terminillo di Rieti mountain, who served refugees temporarily housed at the Cinecitta film studio. In July 1957, their son Andrea was born, who gave them a grandson, Dimitris, born in 1994. In 1971, she divorced her husband, with whom she had lived separately for at least 5 years, as he already had a relationship with an Austrian opera singer.

Dozens of countries send rescuers and emergency supplies to Turkey