A month ago in Corinth, a group of teenagers aged 13-16 tried to tie up a 14-year-old schoolgirl with the intent to rape her.

On the same days, six minors aged 15-17, including three girls, were sent to prison for the gang rape of a 15-year-old boy in Ilion. A few months earlier in Thermi, an 18-year-old teenager accused a 14-year-old girl of raping him and filming and sending the recording to a third party. “Do you think it’s all a coincidence? I don’t think so,” says George Kormas, a physician and head of the Hellenic Internet Safety Center hotline (2106007686, help-line.gr).

He talks about something no one wants to talk about, an issue no one wants to touch on, the “sex education phenomenon” of children through pornography. It’s not just the cases that make it to the courts or get glimpsed in the news. “We notice that children have aggressive sexual behavior,” he says, referring to complaints received on the helpline. “Did you know that teenage girls come and tell us that boys for the first contact ask them to have intercourse with 2-3 girlfriends at the same time? We often see this. Is it a coincidence that guys post videos on YouTube with group sex on trips? Or that we have seen elementary school children (up to 11 years old) draw such scenes? As she says, children are exposed to pornographic content from a very early age, even by accident. “Many times when they are looking for something different – their familiarity with search engines and the internet is great – they may end up on the wrong site. In addition, the target group of pedophiles are children aged 3-13. One way to influence them is to expose them to pornographic content.

But there are other dangers as well. “Because children and teens don’t usually have the right mindset, exposure to such content will cause confusion, anxiety, fear, and even shock,” says Rosa Laius, Ph.D., clinical psychologist at the National Academy of Sciences, a cognitive behavioral and schema therapist. “Perhaps they had one thing in mind and saw something else on the video.” In her years of experience, child psychiatrist and director of ΕΣΥ, Irini Charalambidu, has found that children exposed to pornographic content can develop, among other things, aggressive behavior, delinquency, feelings of anxiety or shame, ideas of unworthiness, suicidal thoughts, eating disorders, Internet addiction.

The best filter is created in the process of communicating with young people. For adolescents, psychologist and family therapist Ioanna Georgopoulou explains, the main danger lies in the distortion of ideas about sexual intercourse. “At this stage of development, the adolescent is rapidly changing both physically and cognitively, and it is essential that he or she can acquire a healthy emotional background and internalize functional patterns of sexual expression. image, relationships with other people, the role he or she takes in this act, and can lead to future psychosexual dysfunction, increased anxiety, mood disorders, inability to connect with other people, isolation, withdrawal, etc.”. As he says, “For emerging adolescents, systematic exposure to pornography acts as a pervasive advertisement, the product of which they will greedily consume without being able to experience the connection and satisfaction of the sexual act.” And so, in erotic language, they will learn to speak in terms of power and violence towards themselves and others.” The word “distortion” is also used by Ms. Laius. how they impress, how they surprise the person they are mating with. They can compare the body, the sexual organ, the way the act is performed.”

What should we do as parents? According to Mr. Korm, it is necessary to understand that showing such images to a child is ill-treatment. “The inalienable right of children to innocence and childhood is being violated. It is unthinkable to have Wi-Fi turned on at home without any filter. Similar measures should be taken by government agencies and enterprises that have free Internet access. Otherwise, if they cannot find it at home They may well just go to the cafeteria.Ms Charalambidou adds: “Internet usage should not exceed 2 hours a day, and for children, filtering software should be installed and supervised in the presence of an adult in the common area. For teens, parents don’t have to be particularly strict, as kids will start hiding their online behavior. It is important to have conversations about sex and sexuality in order to build an open relationship between parents and children. It should be pointed out to them that what they see in pornography does not reflect typical intimate relationships in their personal lives. And if teens feel embarrassed about talking to their parents, encourage them to talk to relatives they feel more comfortable with, or even healthcare professionals.”

Rosa Laius considers it necessary that sex education should begin with the parents. “We need to establish open communication on these issues, which is not just spoken once, but constantly, and the conversation is enriched with new information each time, depending on the age of the child.” The incentives to start a conversation at home are inexhaustible. From a tender moment between parents to a TV scene. “We are interested in prevention, in ensuring a healthy sex life. The child should be informed about prevention methods, know that he can say no, have self-esteem, feel good about his sexuality, his body.”

There are no magic solutions, she notes. The best protective potion is created in the process of communicating with a teenager. “Teenagers are often overwhelmed by adult sermons. The point is not to ban access to pornographic materials, but to create the right criteria for teenagers so that they themselves can recognize the dangers and voluntarily turn away from them.” 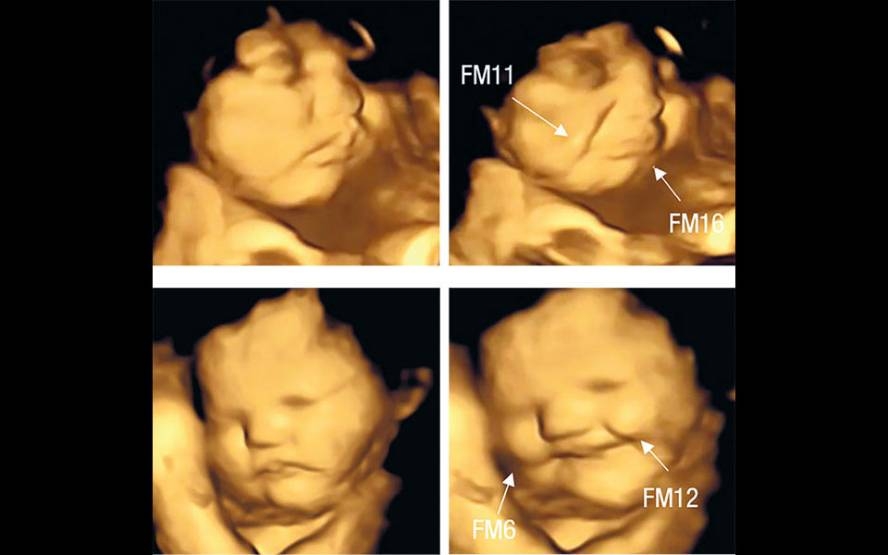 Tasters from the womb