At the end of each olive harvest year, the World Association of Wine and Spirits Writers and Journalists (WAWWJ) collects and ranks all olive oils that have been awarded in 32 recognized international competitions on all continents, according to taste and quality, using a blind tasting method. , based on the rules of the International Olive Council.

The Greek company Sakellaropoulos Organic Farms from Sparta Laconia took the 1st place in the world for 2022 as a company producing fine olive oils, and for quality and taste they received 1st, 2nd, 3rd and 4th places in the TOP 5 flavored oils of the world in 2022.

The EVOO World Ranking (EVOOOWR) is part of the WAWWJ Global Ranking established in 1997. This year, EVOOWR reviewed 18,312 olive oil samples from 38 olive producing countries and 1,986 producing companies, respectively, which have already been awarded in 32 international competitions.

The best olive oils in the world in the category “Best Flavored Oil of the Year 2022”, which set new world records, were:

5 gastronomic olive oils from these organic farms, included in the TOP 20 of the world and in the ranking of the best flavored oils in 2022.

Thus, Greece took 1st place among 38 countries of the world, and the highest awards were received by Sakellaropoulos organic farms, which scored 4945.78 points, which was 35% of the total points received by our country (14264.91) in the category “Flavoured oils of the world “. 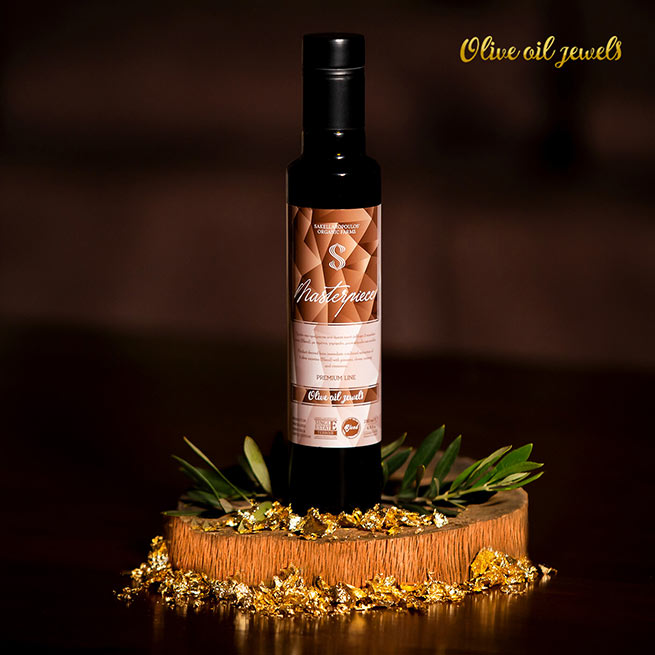 Masterpiece Blend EVOO Oil, the 2022 World No. 1 product, has broken a new category score record with 652.13 points after being awarded second place in 2021, its first year of release. in the world.

“First place in the world as a manufacturing company in our category was a dream come true after 31 years of continuous work and effort,” said ANA-MPA olive oil producer George Sakellaropoulos.

In a previous interview with “GreekReporterSakellaropoulos recalled a few years ago: When we started in 1992, we were entering uncharted waters because organic farming was completely unknown in Greece at the time. We chose our area, Sparta, Laconia, where the conditions (climate, soil, lack of environmental pollution) are ideal for growing olives, which have been cultivated in the area for many years.”

To date, his company has won 617 international awards for taste and quality in worldwide competitions. This number is a world distinction record for a Greek olive grower who grows, produces and packages exclusively its own organic olive products, as Single Estate and Terroir Organic Producer.

In the last five years alone, Sakellaropoulos olive oil has been ranked number one in the world four times. This has never happened before with any world-class olive oil producer in the gourmet category.

“During these 31 years, we have evolved, moved forward with innovation and in new areas of olive cultivation, in the production of high quality olive oil, original organic and gourmet olive oil, and table olive products, achieving regenerative cultivation”, Sakellaropoulos said at the end of the ANA-MPA. “Our goal is to do our part so that our country and “Greek olive oil” continue to play a leading role on the world olive map”.

Study: 90% of Greeks get their information from websites