The ceremony of consecration of the waters was performed today in all corners and villages of Greece, and took place in all its splendor.

In the largest port of the country, Piraeus, the consecration (sacrament) took place in the presence of the Archbishop of Athens and All Greece, Jerome. Its beginning was preceded by the Divine Liturgy and the Great Holy Procession in the Cathedral Church of the Holy Trinity in Piraeus, and then a religious rite of blessing the waters took place on the pier opposite the Church of Ag. Spiridonas.

The ceremony was attended by the leader of the official opposition, Alexis Tsipras, who noted: “Today is an important day for Orthodoxy, a great day for the Greek people. I wish everyone endurance, patience and faith in their own strength, more light, especially in recent years, when “we are wandering in darkness.” Happy holiday everyone!

“Today is a day of hope and enlightenment. 2023 can and should be the year Greece takes strong steps towards social support, positive change that improves the lives of every Greek woman and every Greek man,” said Minister of Shipping and Island Policy Yiannis Plakiotakis.

At the Athens Reservoir, in the presence of Athens Mayor Kostas Bakoyannis, Minister of Health Thanos Plevris, Olga Kefaloyannis and others, a water blessing ceremony took place.

With due splendor, in the presence of the authorities of the city and a large people, the Holy Cross was thrown into the Thermaikos Gulf in the morning, after the end of the Divine Liturgy and the great consecration in the Metropolitan Church of Gregorio Palama. Metropolitan Antimos of Thessaloniki performed the water consecration ceremony, and the 39-year-old Michalis Apostolidis from Neapoli carried the cross for the 18th time. The ceremony was attended by Stavros Kalafatis, Apostolos Tsitsikostas, Voula Patoulidou and other officials. 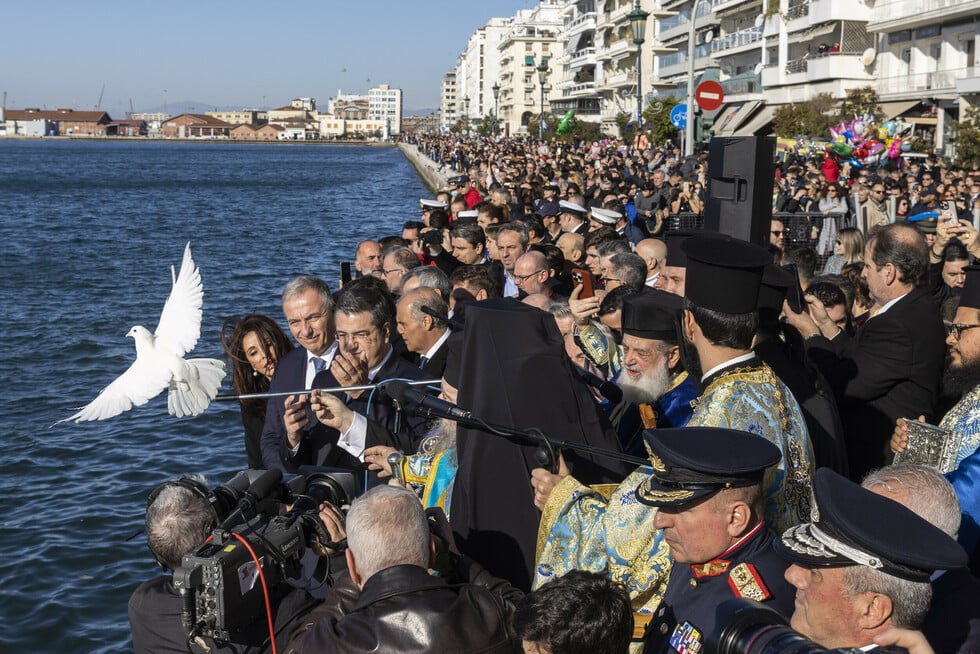 Dozens of swimmers today dived into the waters of the northern port of Patras to catch the cross during the water blessing ceremony. As reported, a 15-year-old boy became the lucky one, who handed it over to Metropolitan Chrysostomos of Patra. Immediately after that, the metropolitan presented the 15-year-old boy with a golden cross, and the rest of the swimmers were given icons each. 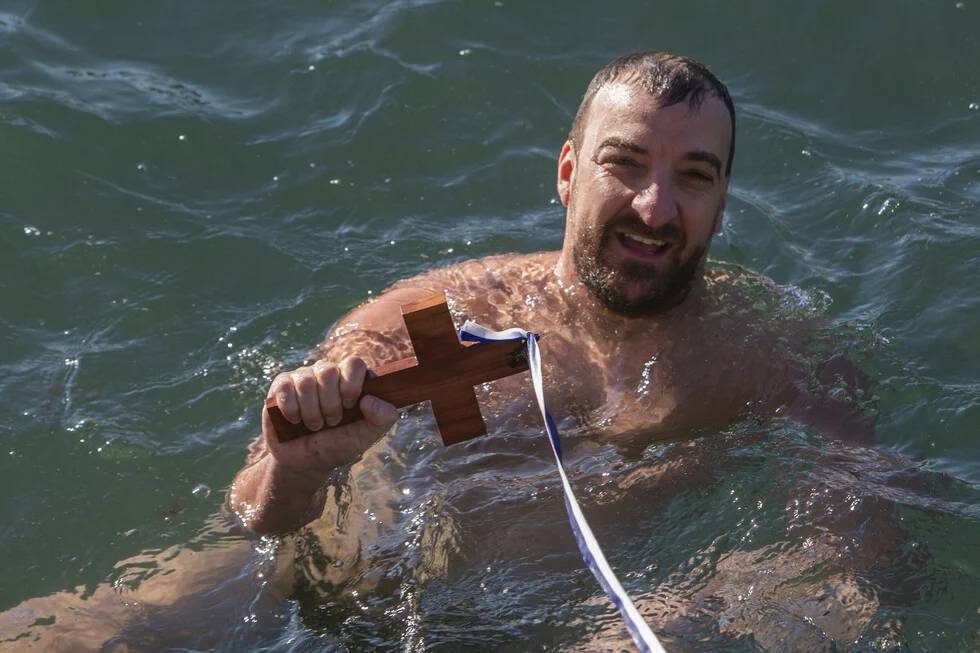