Christmas for everyone in Greece is a big holiday and an important day, especially for children and single citizens – Christmas, a day of hope and joy. The editors of the Internet portal “Russian Athens» heartily congratulates all our readers on the holiday.

We remind you that in Greece the official holidays are December 25 – Christmas and December 26 – Cathedral of the Blessed Virgin (weekends), January 1 – New Year (weekends 1-2), January 6 – Epiphany (day off). On the eve of the New Year, adults and children spend real Christmas holidays.

Priests of different Christian denominations note that the discrepancy in the date of the celebration of Christmas is not related to dogma, but is due only to differences in the calendars that this or that Church traditionally adheres to.

Differences in the dates of the celebration of the Nativity of the Lord does not cancel its spirit. The spirit of quiet, calm family happiness, which we wish you too, as well as the birth of new bright ideas, joyful events, more happiness and love, prosperity and economic well-being. 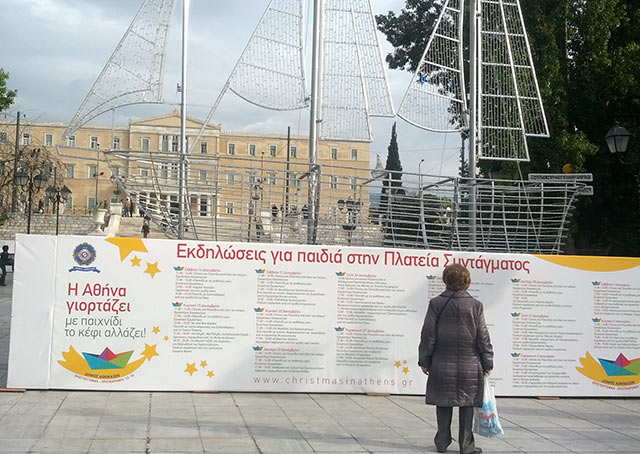 Greece is a country of the sea and sailors, and therefore, on New Year’s Eve, a boat is often depicted on greeting cards. Ship models are also put under the Christmas trees. In villages and villages, there used to be a tradition when, on the eve of holidays, residents went to the forest in search of a strong spruce tree (or olive), which they then cut down and brought home. This tree is called “Christoxylo” – the tree of Christ. The logs were carried into the house to be burned in the fireplace or in the oven all holidays, from Christmas to Epiphany. 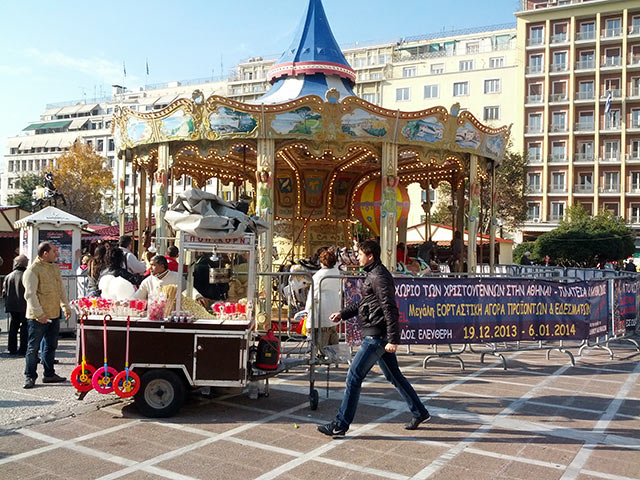 According to popular belief, while this tree is burning, Christ is warm in the cold Bethlehem cave. Today this tradition is preserved only in some villages of northern Greece. 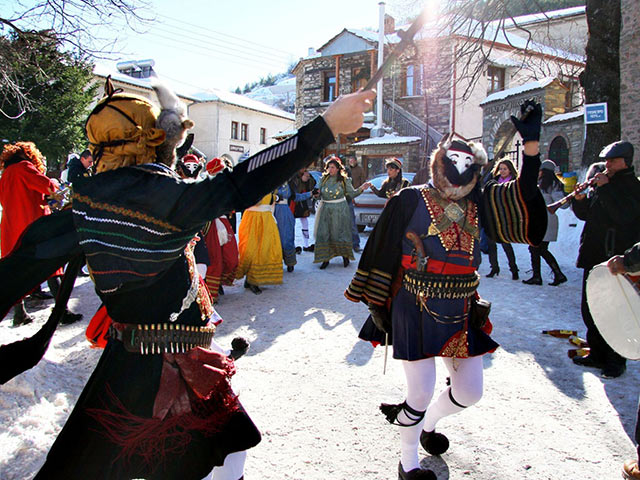 Another tradition that continues to this day is the pre-holiday cleaning of the home fireplace. The purpose of this procedure is to clean the chimney and chimney of ashes so that evil spirits and demons cannot enter the house in the new year.

As for carols, they were always performed by children and adults during these holidays. This tradition is still alive today. Children go from house to house, ringing metal triangles “trigon” and sing carols. 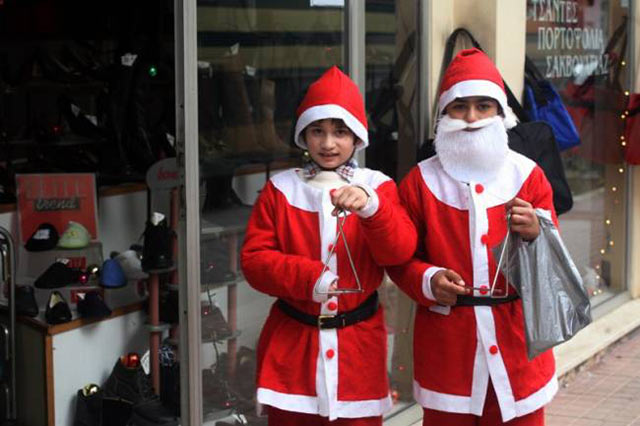 There are traditions in the festive menu. In Greece, the main Christmas dish is cabbage rolls (“lsetiosarmades”), symbolizing Christ wrapped in swaddling clothes. A pie is also prepared, pickles (“tursha”) and dried fruit compotes are served, as well as “christopsomo” – Christmas bread, to which nuts, raisins and olives are added. Still these days, roast pork, turkey stuffed with rice, chestnuts and raisins, a sweet pie and boiled wheat with sugar are prepared. A coin is baked in the “pie of St. Basil” (“vasilopite”) – the one who finds it will be happy all next year.

Christmas is a time of fun and joy. But in the Mani region, on the Peloponnese, Christmas is also a time of scary stories. One of them is about kalikandzars, ugly and evil creatures from the Underworld. The inhabitants of Mani avoid going out at night after Christmas, so as not to be kidnapped by evil freaks. In Mani, children dress up as Kalikandzars, who go around the houses with carols.