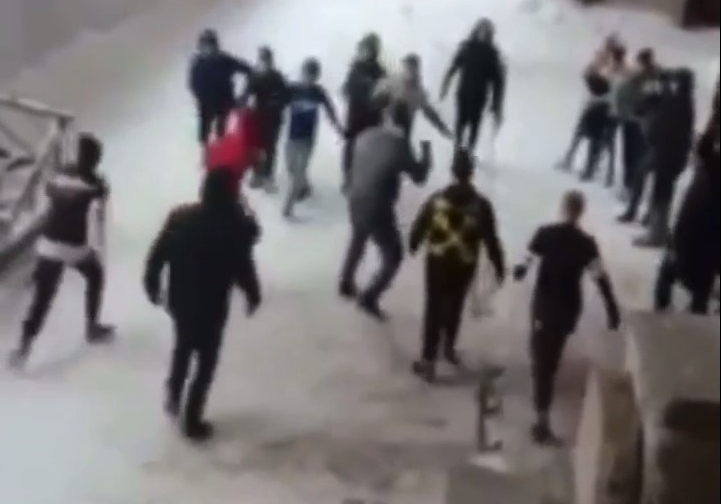 Incredible mass brawl captured on video. Schoolchildren aggressively beat the victim, their classmate. The footage and photos are shocking.

The wildest incident occurred in Rethymnon, Crete, when students from one school (and those who came “to help” them from another) beat a student of the 1st EPAΛ. The incident happened last Thursday, in front of the frightened rest of the school students. There is information that, in addition to the student, the teacher was also injured, reports creta24.

The same source reports that the student who was the victim of the attack and his beaten classmates were involved in another episode that was recorded earlier. According to informationthe new episode was the result of previous “showdowns” that took place two weeks earlier and again at the same school and also appeared to have racist motives. An Albanian student who was bullied by his classmates ran into his bullies in the school yard. He was attacked and he defended himself. So, presumably on Thursday, students who felt they were being influenced by a classmate’s behavior “called for help” from other schools in the area. Their anger fell on a particular young man, writes goodnet.gr. Everything happened inside the school, during classes (educational process). That is, all the teachers and about 700 students were in the premises of the state educational institution.

The victim was attacked by at least seven people and soon the incident escalated as more students joined in the macabre spectacle. Young people surrounded the guy and beat him, while others just stood nearby, writing down everything on the phone. The only person who reacted adequately was the teacher who tried to protect the student. But he was also wounded by a crowd of brutalized undergrowth, apparently, who went “in a rage.”

In the 1st ΕΠΑΛ, as in the regional high school (in Perama, where 4 students were accused of this), the decision was made immediately. 3 schoolchildren were expelled from the educational institution for two months, according to goodnet.gr,