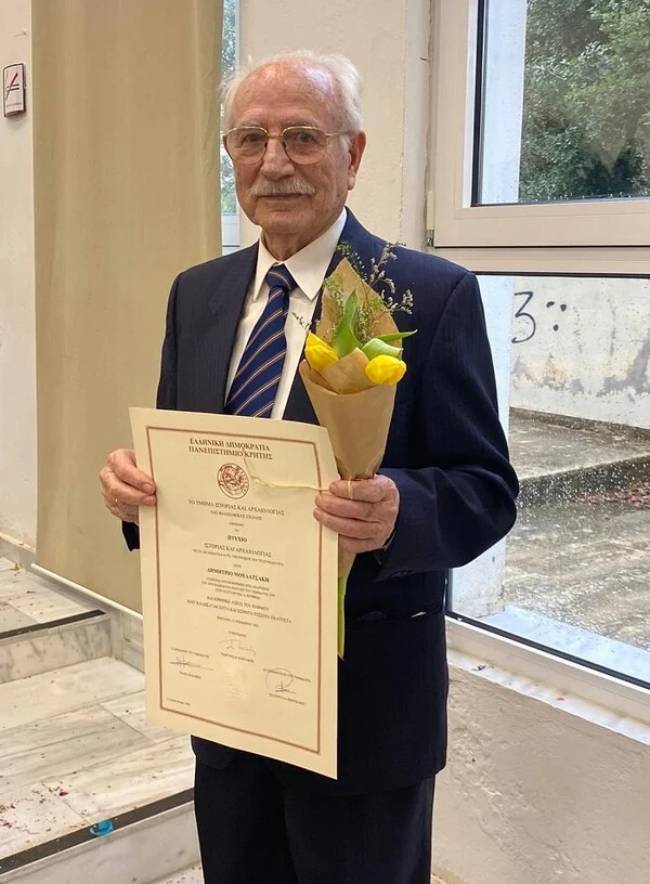 Dimitris Moudatsakis, an 88-year-old resident of Greece, graduated at the age of 88. He did not skip classes and studied conscientiously.

A resident of Heraklion (Crete) fulfilled his old dream, successfully graduated from the Faculty of History and Archeology of the University of Crete. This significant event happened at a time when he was … 88 years old! Ten years ago, Mr. Mudatsakis returned to school with the goal of passing the pan-Greek exams and entering the university, and today received the coveted university diploma after four years of study.

According to ERT, after four years of hard work, systematic study and endless intercity bus trips from Heraklion to Rethymno, the student was extremely diligent. He did not skip, did not miss a single lesson, and today, 4 years after he was admitted to the university of his dreams, Dimitris Mudatsakis is holding a diploma in his hands, celebrating with his children and grandchildren.

In the crowded hall of the University of Crete in Rethymno, he received a standing ovation. The graduate received the coveted “crust” on graduation in an atmosphere of excitement, applause and general congratulations.